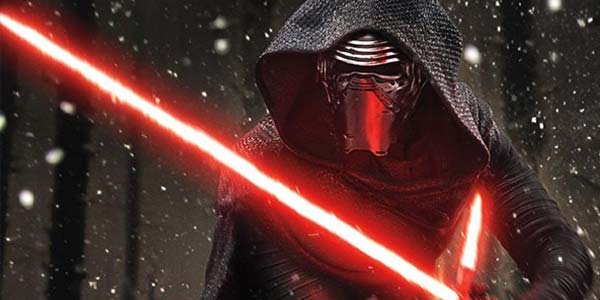 EW exposes some of Kylo Ren’s secrets… and shares some new photos from Star Wars: The Force Awakens.

One thing that’s becoming obvious about the veil of secrecy around Star Wars: The Force Awakens is the intentional ambiguity around the names of some of the new characters in the film.  Our new heroes, Rey and Finn, were revealed without their surnames, and it seems more and more likely that one or both of them will have family ties we’ve already seen in the Star Wars universe.

But in EW’s new feature on The Force Awakens, director JJ Abrams says they’re not the only characters whose names are being kept in the dark.  Our new bad guy, Kylo Ren (played by Adam Driver), didn’t always go by that name.  In fact, “Ren” is a title, not unlike the “Darth” in Darth Vader.  Here’s how Abrams described it:

“He is a character who came to the name Kylo Ren when he joined a group called the Knights of Ren.”

Wow… that’s unexpected, and pretty cool.  The EW article also mentions that Ren is “very aware” of the past of the galaxy far, far away that we’re all familiar with.  His mask was inspired by Vader’s helmet, and Kylo’s cross-blade lightsaber was pieced together by him, a weapon as homespun as its wielder.

So Kylo is apparently a guy who comes from nothing, becomes connected to a mysterious order of warriors, fashions his own weapon, and becomes involved in the struggle for control of the galaxy.  If that sounds at all familiar, here’s the cool thing– it’s starting to look like Kylo could in essence be the dark mirror of Luke Skywalker from the Original Trilogy, only on a path of evil instead of good.  I kind of love that parallel, if this is true… and now that we know Kylo’s name is still unknown, could it be a hint that he’s related to the Skywalkers more directly?

I’m very curious about The Force Awakens, and I have to admit I’m even starting to like the sparse, secretive nature of what Lucasfilm and JJ Abrams have been sharing with us.  We keep getting these single puzzle pieces, cool in their own right, but with no instructions on how they fit together.  I am hopeful we’ll be even more intrigued on Force Friday, when the full toy line hits retail… hopefully bringing with it even more interesting and unknown new characters set to appear in the movie this December.

In the meantime, here’s some of the photos EW released in their latest issue.  You can see even more, and read their entire feature on Kylo Ren, HERE.  Fingers crossed, Hasbro makes a toy of that beast of burden that look like a rhino had sex with a Gonk droid!! 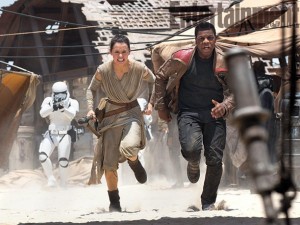 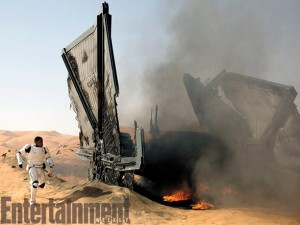 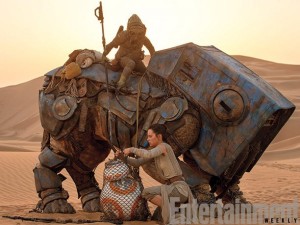 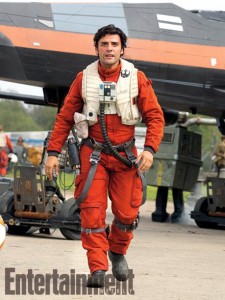 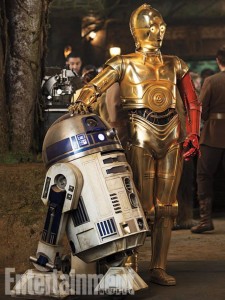 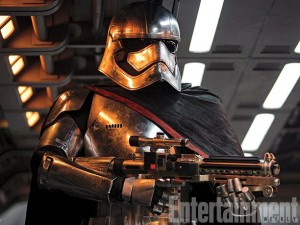 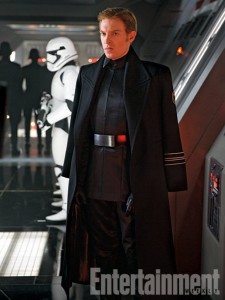 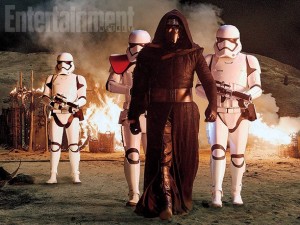 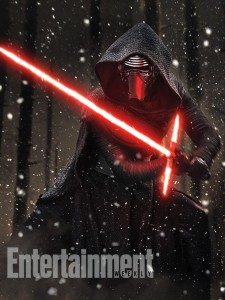