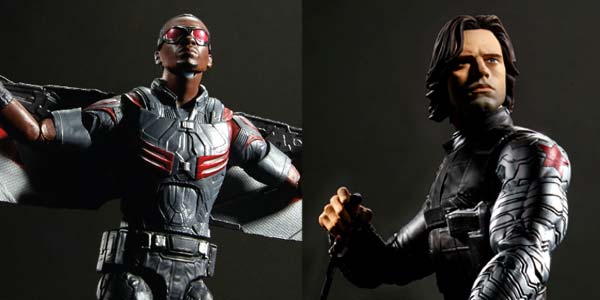 Earlier in the week, this Facebook page out of Taiwan shared some new promotional graphics for the upcoming Wal-Mart and Walgreens exclusive Marvel Legends, including Civil War editions of Falcon and Winter Soldier for the former, and War Zone/ Jim Lee-inspired Punisher for the latter.  The promo graphic seems to reveal an unfortunate truth in terms of the pair of Wal-Mart exclusives… they’re being single carded.

Rumors suggested we might see the thematically-connected Falcon and Bucky released as a two-pack, one that would enjoy it’s own dedicated shelf space and trackable item number.  But seeing as how they’re single releases, it now seems much more likely that the ease or difficulty of finding these exclusives will depend on Civil War Legends’ inventory numbers on a store-by-store basis.  As someone fresh off the hunt for the latest Star Wars Black Series figures, I can say it’s not an easy or particularly enjoyable hunt.  We can only hope Hasbro does what they said they would, and make sure their Wal-Mart exclusives are more readily available on the retailer’s website, as we get closer to the release of these two.

The good news, though?  Bucky and Falcon both continue to look totally awesome!!  These ads include packaged photos, and just LOOK at how crowded Falcon’s box is… the figure looks really nice, his wings are big, and he even includes his robotic drone pal, Red Wing!  Bucky’s gear is a little more sparse– just a knife and a pistol– but the new sculpt is a colossal improvement over the 2014 figure, both in screen accuracy and especially the likeness of Sebastian Stan.

So while it’s quite possible these figures will be a nightmare to chase down at retail, the end result look to be two of the finest additions to the Marvel Legends collection in quite some time.

The same poster also revealed a similar ad for the upcoming Walgreens exclusive War Zone Punisher.  This version of Frank is based on his Jim Lee-era look, right down to the white headband, and he’s sporting some serious )and apparently fully painted!) artillery.  Punisher should be hitting Walgreens later in the year, after the impending release of Namor this summer.

So what does all this mean?  Without OFFICIAL, official word from Hasbro, not much… but I’m willing to buy these graphics as legitimate, and– aside from the obvious nightmare of Wal-Mart exclusive distribution– what these ads tell us is that Falcon and Bucky should be out fairly soon, as their assortment is being labelled “Series 2.5” (you will recall, Series 2, with the Giant Man Build-A-Figure, is in the process of hitting retail now).  While I can’t say I was ever a true fan, the appeal of knock-down, drag-out all-night Wal-Mart toy hunts holds very little appeal to me in my mid-30s… but I’d be lying if I said the actual, for-real appeal of these two, particular figures is even stronger. So I guess I’ll see you in the aisles, sooner than later… In the meantime, enjoy a few more press photos of these awesome upcoming Marvel Legends: 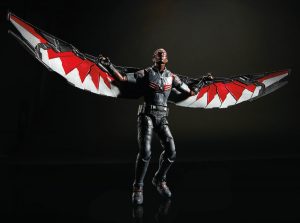 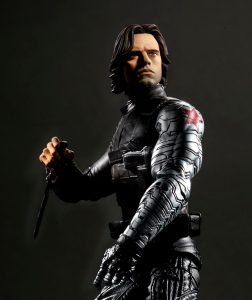 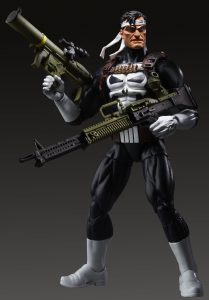