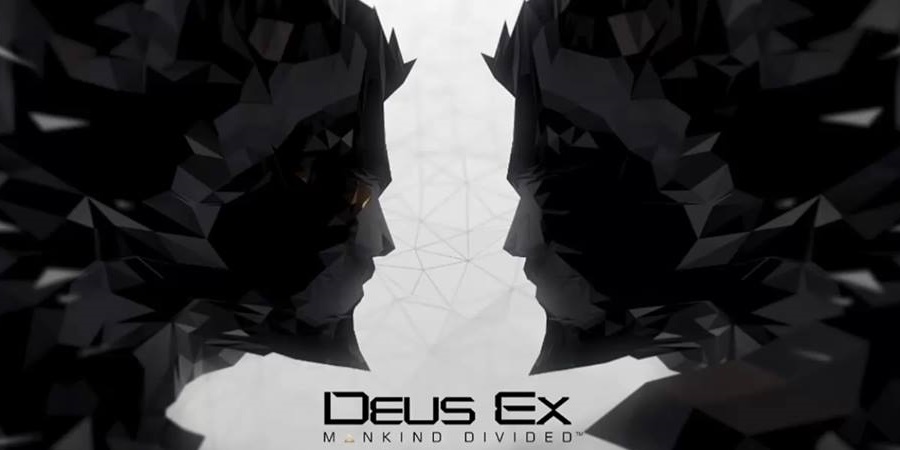 Deus Ex gets more political than ever before.

So, Deus Ex has been on the radar since the gaming population knew the difference between Mouse1 and Mouse2. Since the game’s initial popularity it had dropped off said radar with sub-par to just plain bad sequels and tie-ins until 2011’s Deus Ex: Human Revolution. Human Revolution was very much what you would call 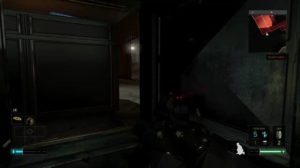 typical cyberpunk focusing on dystopia and Asian/American sci-fi elements. Mankind Divided on the other hand takes a much more unique approach to cyberpunk by including elements of dystopia, but focusing on more contemporary questions of safety at the cost of personal freedom, police states transphobia, hacktivism, and just plain terrorism. Since these themes are relevant to our social climate, events in Mankind Divided that are standard fare for sci-fi feel even more tense, fully realized, and far more personal. The story is built off that of Human Revolution, but in case you’ve forgotten the incredibly convoluted plot of that game in the 5 years it took to make this one, there’s a friendly though lengthy retread that can get you up to speed with Mankind Divided’s story.

Personally, I played the game as a stealth character to maximize my strategy, but plenty of options for assault were still available during the times I felt I needed them. Though it took me a little while to get used to the control scheme, and as a result my beginning hours were greeted with a bit of a learning curve. I learned as I started exploring and interacting with my environment 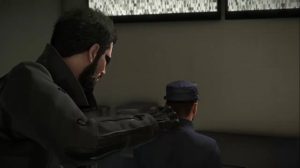 how to map out my attacks and infiltrations in the most efficient ways. The tutorials take up some of the slack by teaching you basics like the cover system, melee and ranged combat, and weapon switching but there’s really no better teacher than total failure and my time with Mankind Divided was fraught with it (I did play on “Give Me Deus Ex” though, which is the game’s equivalent to hard mode). But every time I experienced crushing defeat I was encouraged to return and switch my strategy up to be ready the next time. This multilateral approach to the game’s obstacles led me down seedy alleyways and side roads. I wasn’t prompted to explore these avenues, but I was still rewarded with interesting characters, stories, and even secrets simply for trying to think outside the box.

Deus Ex: Mankind Divided is a classic cyberpunk experience with a contemporary tone that mirrors the current global climate to an almost frightening degree. It’s also a highly proficient sci-fi shooter with swiss army knife of tools, elements, and mechanics to allow you to fully customize your approach to unlocking its incredible 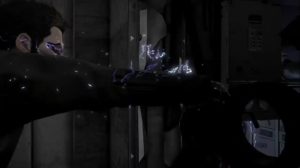 setting. The gameplay elements are solid, but most of the game’s mechanics can be found if not in total at least in part in other games (more specifically, first person shooters). It all works well, but everything from navigation, to conversation, and exploration has all been done before. The story itself is filled with cliché elements as well (this is cyberpunk we’re talking about here). But if there’s one thing that Deus Ex: Mankind Divided does better than anyone else out there it’s read the room. Deus Ex is a modern game with modern ideas. It’s powerful because it came out at this point in time; and though the direction, gameplay, and sound (from voice acting to effects) are all rock solid, it’s the timing that makes this sci-fi political thriller a revolution.