Devalued With YfnJman Kicks Off 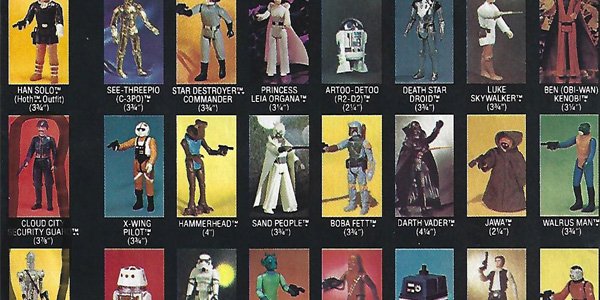 In this age of Internetness, the one thing Your Friendly Neighborhood Jman sure does miss is catalogs.

Nonono. Don’t get me wrong, here.  I’m way too conditioned to have my search results administered to me asap then spend more than a lick of time paging through a catalog the size, depth and breadth of the collected works of Encyclopedia Britannica.

I guess what I miss, really are the days when the Sears Wishbook would show up on the doorstep.  Dang!  I’d be all over that jawn like a cheap ass suit, spending hours getting lost in all the delights contained within, like some sort of weird ass Hellraiser spin-off.  Anyway…I’d go through that Wishbook from the day it arrived to just a few seconds before the fat man in the red suit would be stacking my pile of Star Wars toys under the ol’ family Festivus pole.

Now watch as I tie those two paragraphs into the reason we’re all gathered here today:   The wonder that is the Kenner Star Wars Mini-catalogs.  TBH, I’m not sure if these little booklets even have a categorical designation.  Catalog?  Mini-catalog?  Unbridled capitalism aimed at the heart of every red blooded 10 year old space cadet?  Semantics.   In any case, those catalogs were almost as fun as the ship or playset it was safely tucked into.  What brilliant marketing, might I add.  Because, it wasn’t enough for my greedy little 10 year old self to be sitting in front of a newly #devalued Millennium Falcon, X-Wing Fighter and more action figures then your simple mind can imagine.  No.  Even with that bevy of riches in front of me, I still spent much of Christmas planning and plotting what I was gonna get next.  I.  Must.  Consume. 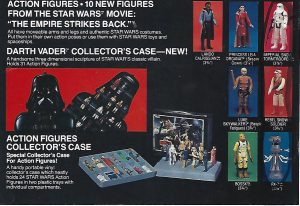 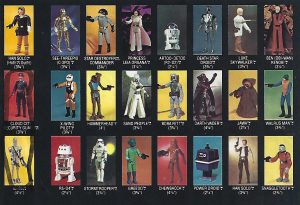 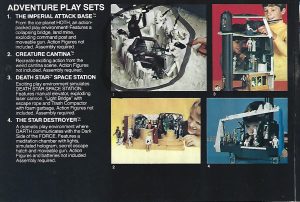 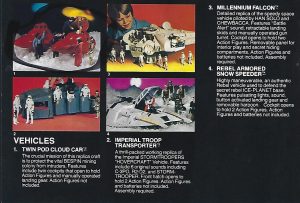 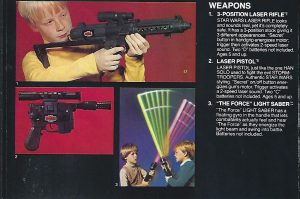 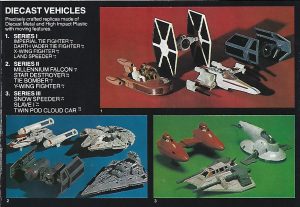 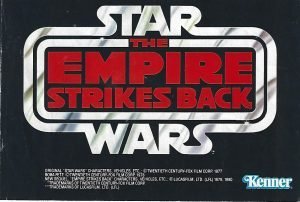 So, with all that yarn being wasted now, let’s get on with this by saying for my money the Death Star Space Station playset is the piece de resistance of the little Star Wars:  The Empire Strikes Back catalog that I yak on about in the video.  Followed very closely by Laser Pistol (better known as Han’s gun.  Or the then not known DL-44 heavy blaster pistol), the 3-position laser rifle (the standard Imperial issued E-11 blaster rifle) and “the force” Light Saber (An elegant weapon… for a more civilized age).  Those were the “gets.”  Hands down.

Oh, and how could I forget?  Series I, II and III of the die cast vehicles. I swear…one of these years I’ll be good enough for Santa to bring me the whole lot of them.  One of these years…