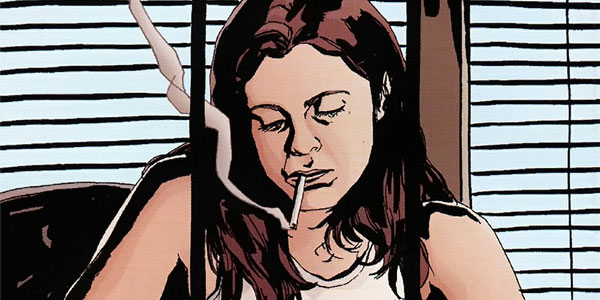 The Marvel Cinematic Universe’s Jessica Jones has found her writer.

Marvel is rolling fast and furious with their Netflix exclusive new TV shows, with the news that Drew Goddard would write Daredevil, and now the announcement that Melissa Rosenberg, of Dexter and Twilight movie fame (or infamy, depending on who you ask, I guess), will write the Jessica Jones series.

I’d venture a guess that Jones’ story will be most in line with Alias, the first book in which she appeared, long after she retires as a costumed super hero.  Maybe it will pull in some of the camp of her second comic series, The Pulse, but the private eye spin sounds like the best fit for the MCU, and I think Rosenberg sounds like a great choice.

Yes, the Twilight movies were awful, but I place that blame squarely on human tumor Stephenie Meyer, who wrote the ghastly source material.  Rosenberg did what she could with the tale of entitled brats complaining about being victimized by fate, life and each other.  Jessica Jones’ story has some real pathos, life-changing events that actually matter, so I’m curious to see how Rosenberg will handle that. And her time on Dexter was during what many consider the show’s prime.

Overall, the prospect of a damaged, ex-hero living as a private eye with a specialty on cases involving her former high-flying allies sounds like the perfect gig for Rosenberg based on her past work, and I am hopeful that, like Goddard, she will provide another very distinct voice within the Marvel Cinematic Universe.  This sounds like another interesting and exciting move for Marvel… I’m excited to see what else they have up their sleeve!