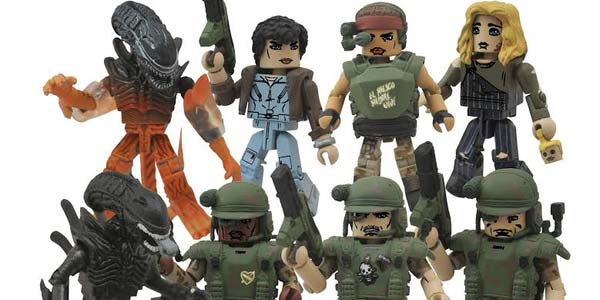 Here’s the lineup for the next wave of Aliens MiniMates two-packs.

DST’s Aliens MiniMates are seriously awesome, so it’s great news that we’re getting a second series, that will give the toy treatment to more fan-favorite characters from James Cameron’s sci-fi actioner classic.  And Newt, too!

Vasquez is probably the biggest “get” of this wave, in my opinion, and I kind of love that she comes packed with Hudson.  The new Ripley looks pretty great in her flight suit, and I’m very intrigued to see how the stylized “Burning” Alien turns out on the final product.  And as much as it may kill me to throw a compliment toward this character, Newt’s short little kid legs are sure to make her appropriately small, and I am kind of obsessed with the MiniMates-esque doll head she’s carrying.

The whole set looks pretty damn great.  I am hoping that these figures include the same amounts of cool great and extra parts we saw with Wave One (the only un-pictured accessory mentioned for this wave is an Alien egg, so that’s pretty promising).  I am also hoping DST correct the short sleeves on their Crowe figure, who wore long sleeve fatigues for the short duration of his screen time in the movie… but maybe that’s just me being nit-picky?

Here’s more info on the new series, which I would assume will hit retail this Fall.  At this rate, one more wave of two-packs (or even a four-pack) with Bishop, Gorman and Ferro would just about round out the Marines team.  Here’s hoping…

A Diamond Select Toys release! The game is not over, man! DST returns to the world of the classic 1986 action movie Aliens with an all-new assortment of 2-packs! Four new sets include Pvt. Vasquez with Pvt. Hudson, Jumpsuit Ripley with Newt, Pvt. Frost with Burning Alien and a rare, one-per-case set that has Pvt. Crowe with Attacking Alien and Eggs! Each 2-inch Minimates mini-figure features 14 points of articulation and fully interchangeable parts and accessories. Packaged on a blister card. Designed by Art Asylum! 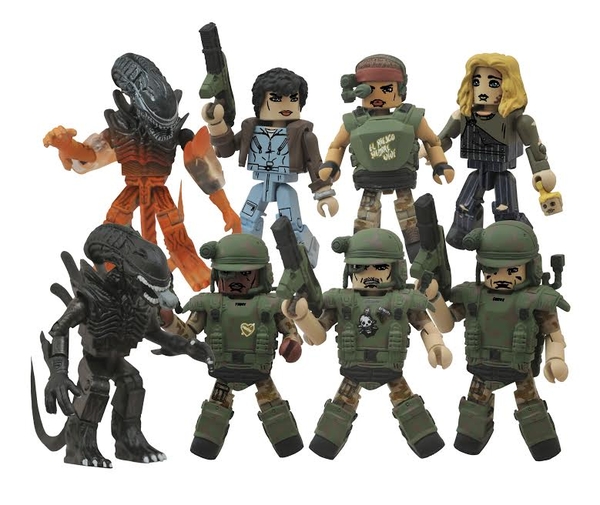