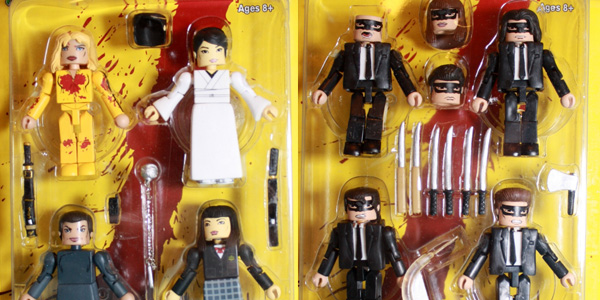 As usual, Diamond Select has done an amazing job on these Minimates. The attention to detail on figures impressive as always.

Both sets take place in the final showdown between the Bride and O-Ren Ishii at the House of Blue Leaves.

So starting with the House Of Blue Leaves. The set includes The Bride, O-Ren Ishii, Gogo Yubari and Sofie Fatale. As I stated before, the attention to detail is just amazing. Since it the scene takes place after the Bride just carved up the Crazy 88, she’s covered in blood. It’s a pretty cool deco on it. Gogo comes with her trademark mace on a chain. Sofie comes with a cell phone. But by far my favorite, O-Ren comes with a separate hairpiece that shows where the Bride sliced her head open. 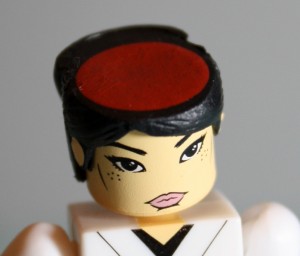 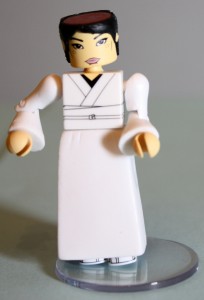 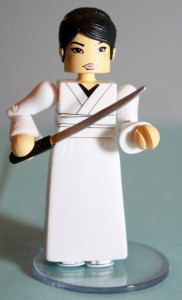 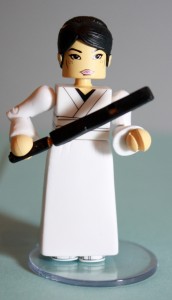 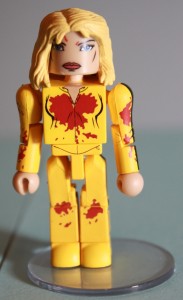 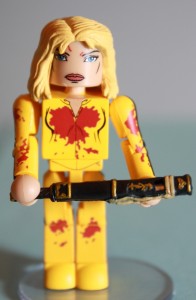 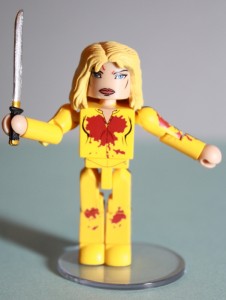 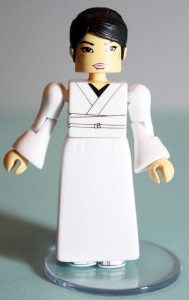 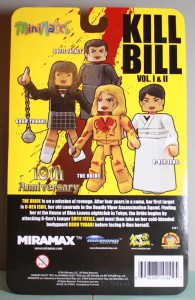 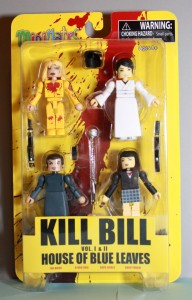 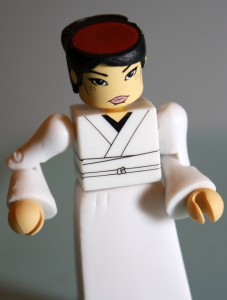 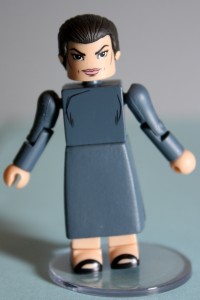 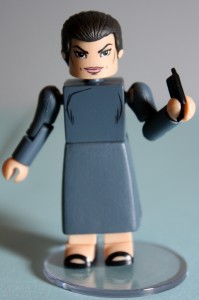 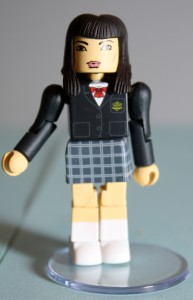 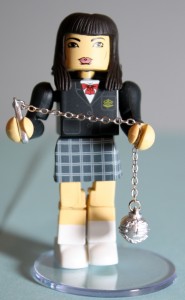 The Crazy 88 Gang box set includes 4 Minimates, but extra heads, hair pieces, and other accessories to pretty much make any gang member you want to. There are just a ton of possibilities here. This is truly an army builder set. The really only recognizable member is Johnny Mo, who comes his trademark dual shortswords. It also comes with a flight stand so you can create some really cool poses. 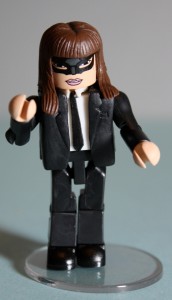 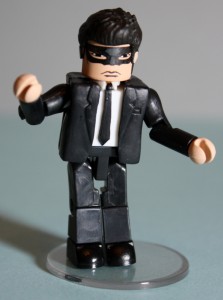 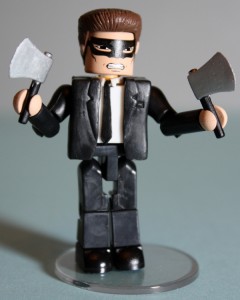 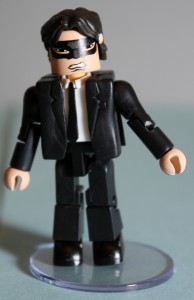 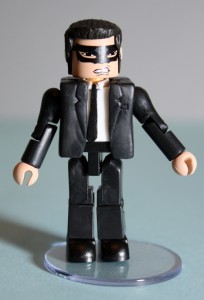 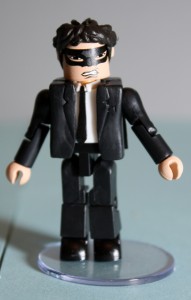 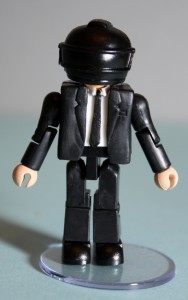 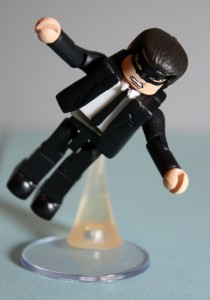 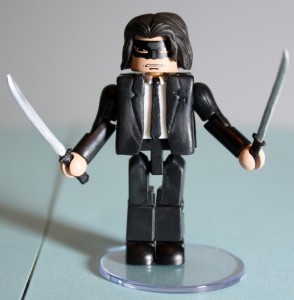 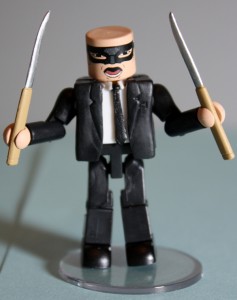 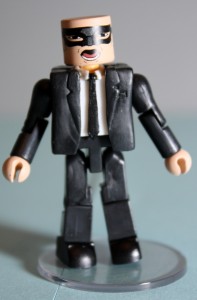 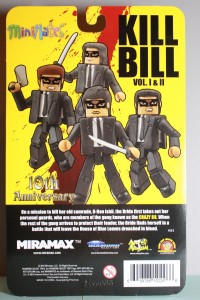 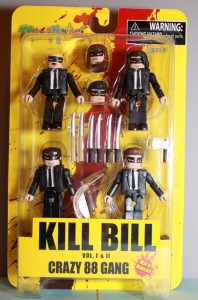 Overall, this is just a great set for a Kill Bill fan or Minimates fan.

There will be another Kill Bill Minimate box set called Master of Death, which will be coming out in March 2015.

Both box sets, House of Blue Leaves and Crazy 88 Gang are available in speciality stores now.