When it comes to unexplained phenomena, Diamond Select Toys knows their stuff – after all, they’ve been turning zombies, aliens, werewolves and vampires into top-notch toys and collectibles for over 15 years! Now, with quintessential conspiracy-theory show The X-Files returning to FOX this January for the first time since 2002, DST is preparing to delve into that mysterious world with Select action figures, Vinimates vinyl figures and Minimates mini-figures!

Diamond Select will release products based on the fan-favorite TV series alongside items from the new 2016 event series. A two-pack of Minimates captures Mulder and Scully in their new looks, as fully poseable 2-inch mini-figures, and is currently available for pre-order through comic shops. Simultaneously, DST is offering a pair of 4-inch Vinimates – static vinyl figures sculpted in the Minimates style – that capture them in their classic appearances.  In the future, DST also will release a series of Minimates 4-packs based on the classic series. 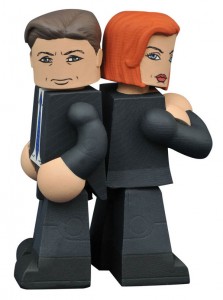 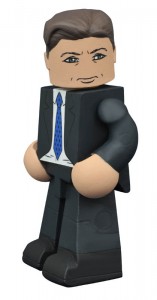 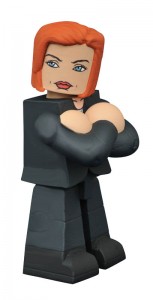 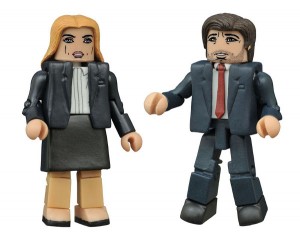 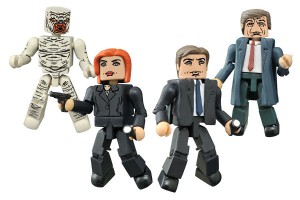 On the action figure side, two 7-inch-scale action figures of Mulder and Scully will kick off the X-Files Select line. Initial figures will be based on the new series, but there are plans to expand into the classic series, as well.

“As a longtime fan of the show, I’m very excited to have finally been granted access to the X-Files,” said Diamond Select Toys President Chuck Terceira. “Agents Fox Mulder and Dana Scully are one of the most widely referenced and recognized pairs in pop culture, and the new show has everyone talking about them again. Plus, we have nine seasons’ worth of supporting cast and creatures to play with in our line planning.”

Diamond Select Toys and Collectibles was founded in 1999 by sister company Diamond Comics Distributors to develop new and exciting products for collectors of all ages. Minimates mini-figures first appeared in 2002, and there are currently over 2400 Minimates, spanning over 60 different licenses.