Diamond Select’s Creature From The Black Lagoon Is Monstrously Cool 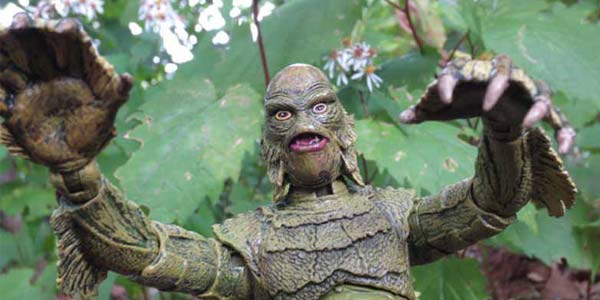 The latest Universal Monsters figure from Diamond Select is a great rendition of my favorite monster.

Diamond Select Toys have released a new series of Universal Monsters figures, and once again Toys R Us is getting in on the action with an exclusive set of figures, identical to the specialty releases except for their smaller display bases and drastically reduced price tags.  And I had to jump on this, because the Creature walks among them!*

There have been a number of Creature From the Black Lagoon figures over the years, but this is absolutely one of the best I have ever seen.  The all new sculpt is incredible, as screen accurate as they come from the Gill Man’s plate-like scaly skin to spindly fins.  From his perfectly realized head to flipper-like hands and feet, the Creature looks as on-model as he does awesome.

As if the sculpt wasn’t enough, this figure is also very well articulated.  The sculpt does a great job at hiding many of the figure’s moving parts between the Gill Man’s plates, leaving a very well articulated yet organic looking final figure.  The Creature features a hinged swivel neck with good range, ball shoulders, half-ball elbows, swivel biceps and wrists, and wrist hinges… as well as two ab joints, double hinged hips, hinged knees, thigh swivels and hinged ankles.  This is more than enough to get a number of great swimming, stalking and menacing poses, and the figure’s size totally works to make him properly imposing.

The figure’s paint is very nice, with the correct medium green tone for the skin, which sports a very intricate wash that enhances the nuances of the sculpt.  The yellowish fins, red lips and dark eyes stand out very well against the reptilian skin, resulting in a very complete final look for the figure.

While the specialty edition Creature includes a fairly large display base, this Toys R Us edition gets a smaller base, which looks like the shore of a swampy body of water.  It works well for the monster, although thanks to his ample articulation and large webbed feet, he can very easily stand on his own as well.  While I like the environmental effect of the larger specialty base, the TRU figure clocks in at only $14.99, which is an amazing price for a figure of this size and level of detail.

There isn’t too much to watch out for when it comes to the Creature, who is solidly built and seems fairly universally well painted. I did have some trouble with freeing up smaller joints like the bicep and wrist swivels, which I was afraid would break off if I twisted too forcefully.  Instead, I simply heated the figure up, popped the soft plastic pegs out and reset them before he cooled.  After that, each joint now gets its full range of motion with no apprehension about this guy losing his pose or a piece breaking off.

The Universal Monsters seem to be surfacing at larger Toys R Us stores right now, so if you’re interested in adding Van Helsing, Son of Frankenstein or this great Creature to your collection, head to your local (large size) Toys R Us store. 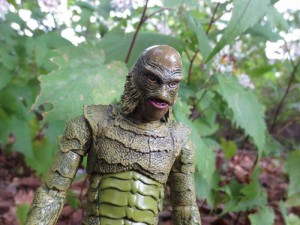 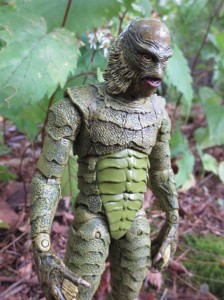 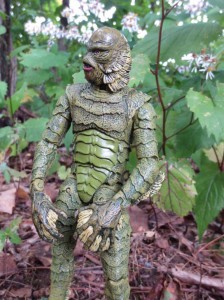 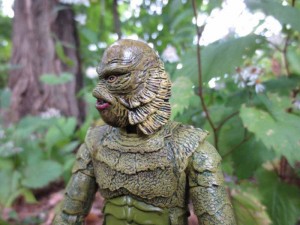 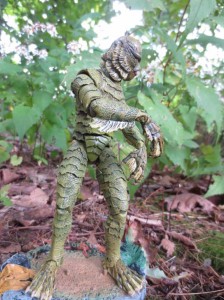 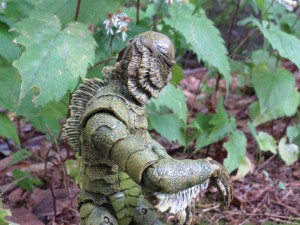 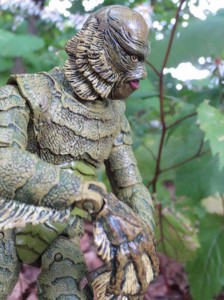 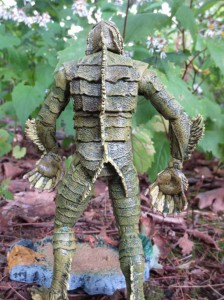 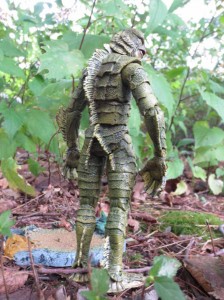 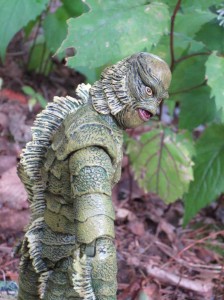 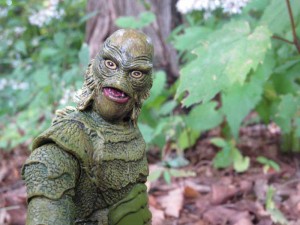 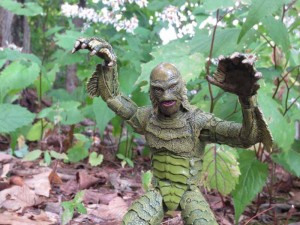 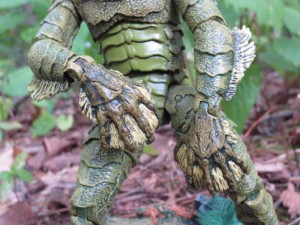 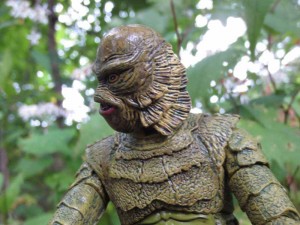 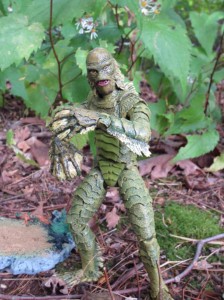 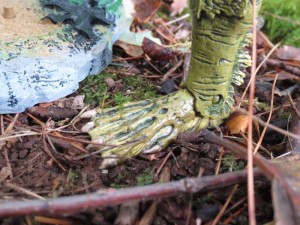 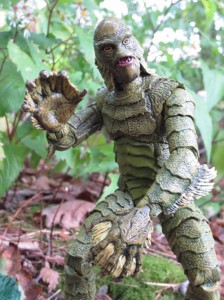 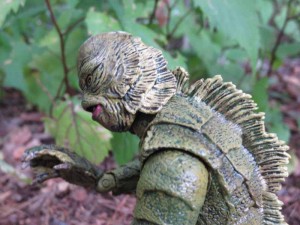 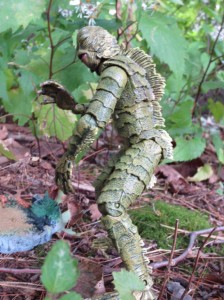 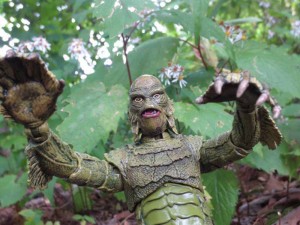 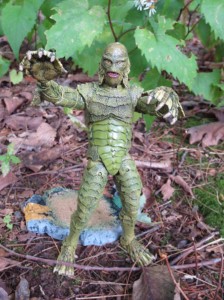