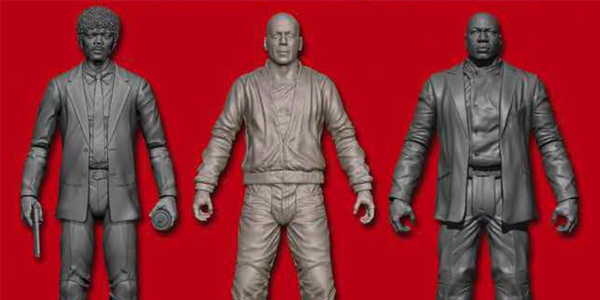 One of the most buzzed-about releases from the New York Toy Fair came from Diamond Select, who will be capturing the characters of Quentin Tarantino’s Pulp Fiction and Kill Bill in plastic later this year.  While the incredible prototypes on display at Toy Fair were off limits for photography, Diamond Select has revealed the first figures online in their latest catalog.

What we get here is a look at the 3D sculpts for Pulp Fiction Series One, consisting of Jules, Butch and Marsellus Wallace, as well as the first set of Kill Bill figures, including The Bride, Go-Go and the man himself, Bill.

All the figures look pretty awesome so far, loaded with film-accurate detail and some very promising actor portraits.  When these properties were first announced a few weeks ago, I didn’t know that I’d bite, especially on Kill Bill.  NECA did an incredible job on their line when the movies first came out, but after seeing the detail and (most importantly) articulation on Diamond Select’s new figures, I cannot imagine not jumping on these new versions of the classic cinematic characters.

I’m very hopeful we will see more Tarantino properties from Diamond Select– I’d be over the moon if we got a set of Inglorious Basterds with this same level of detail and articulation.  But for now, I’m more than happy to count down the days until I can score a set of killer Pulp Fiction and badass Kill Bill toys to add to my collection. 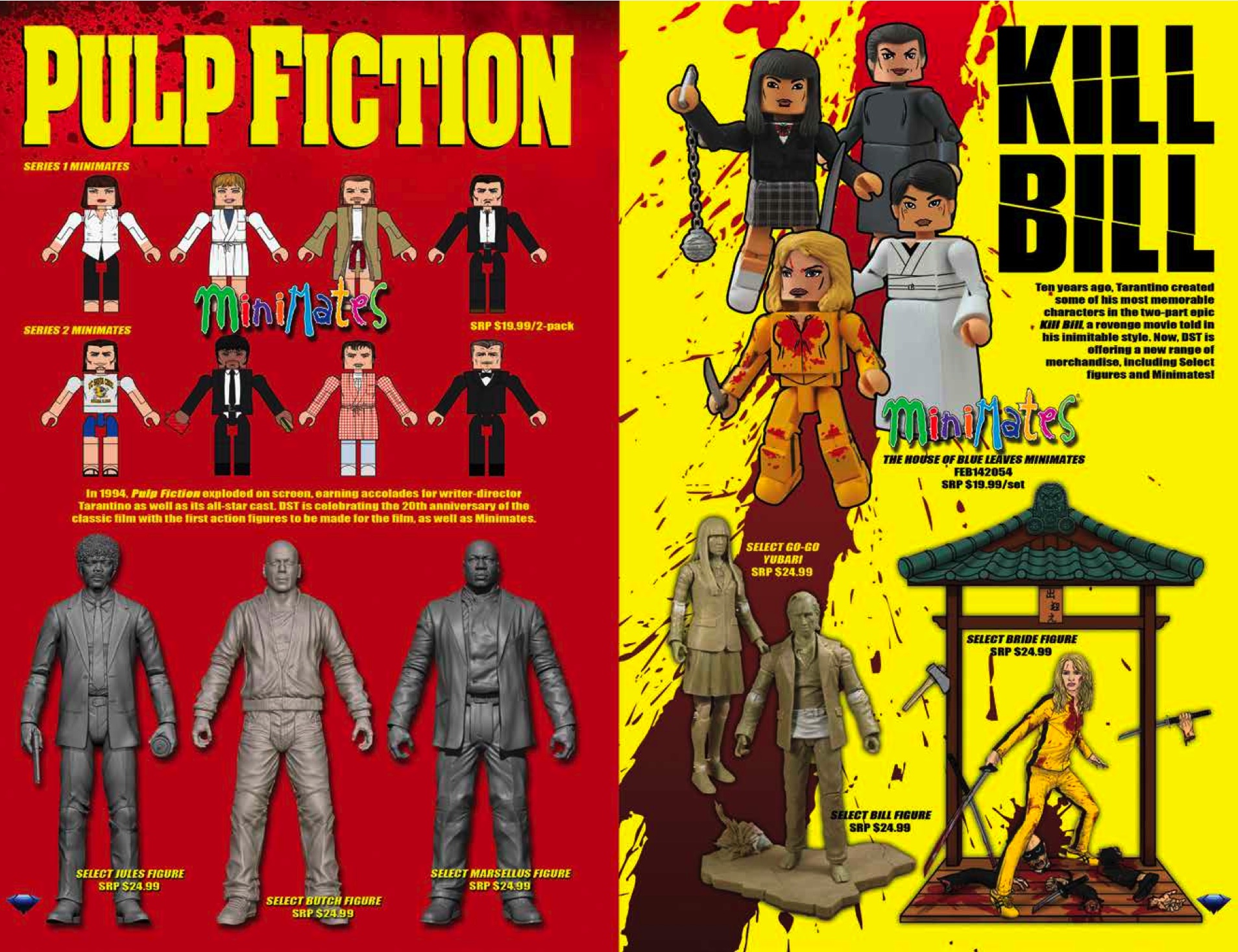