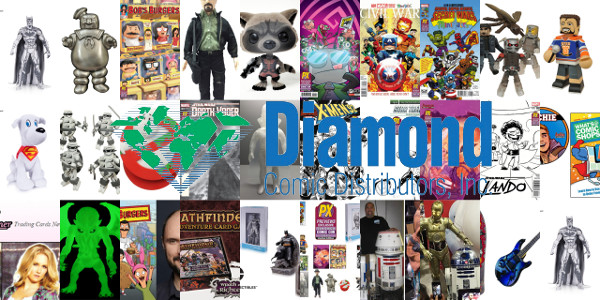 Diamond Comic Distributors and its PREVIEWSworld booth (#2401) are full steam ahead for Comic-Con International: San Diego (SDCC),  showcasing products for attendees to see WHAT’S@COMICSHOPS in the near future, con-exclusives they can enter to win, and more.  Additional activities at the booth include a signing with Bob’s Burgers creator Loren Bouchard, photo opportunities with Star Wars characters, game demonstrations, and more for attendees to discover.
Diamond is bringing 22 con-exclusives to the show from Marvel Comics, DC Collectibles, Diamond Select Toys, IDW, BOOM! Studios, Dynamite, Oni Press, Funko, Medicom Toy, and the Wonderland Toy Company. Attendees interested in the exclusives will be directed to retailers on the convention floor who have them available for purchase.

Additional products showcased at the booth include the latest offerings from Bandai America with their Godzilla, Power Rangers, and SPRUkits toy lines; new comic-branded trains from Lionel; Marvel Nendoriods and Figmas from the Good Smile Company; a glow-in-the-dark Cthulhu from Warpo Toys; TMNT clay sculpts from Threezero; new PREVIEWS exclusives from Funko, high quality Halloween masks and more will be available to admire for con-goers.

The Cthulhu fans can get their first look at the glow-in-the-dark and standard 12″ Cthulhu that will be debuting at the Diamond booth. With an MSRP of $125, the glow in the dark 12″ Cthulhu packaged in an early 1980’s style, full-color box designed by artist Ken Kelly, will have a limited production run, features removable wings, 7 points of articulation, and pliable “gripping hands,” suited for grasping 3.75″ action figures to their doom.

Also debuting at the booth will be four unique clay sculpts for the upcoming Threezero and Kevin Eastman 1/6th scale Teenage Mutant Ninja Turtles collectible figures.  The four TMNT figures will include Leonardo, Donatello, Raphael and Michelangelo designed by TMNT co-creator Kevin Eastman specifically for this collaboration. The figures in this series will be 1/6th scale and fully-articulated, featuring tailored fabric clothing and the various weapons recognizable by fans as their classic accessories. The four figures from Threezero will be released later this year for pre-order through the PREVIEWS catalog at comic book specialty shops.

The Diamond/ PREVEIWS booth will also feature a Star Wars section as attendees can stop by and view the new Peavey Star Wars Guitars and Straps and Santa Cruz Skateboards and Decks. During the show, fans will have the opportunity to enter for a chance to win a Santa Cruz Star Wars Vader Skateboard and a Peavey Star Wars Boba Fett Predator Guitar.  Star Wars characters, C-3PO, R2-D2, R5-D4 and Jawas will also be present at the booth each day for pictures.

Strategy game fans will want to join in on the new Pathfinders -Wrath of Righteousness Adventure Card Game with live demos taking place July 9th and 10th at specified times.

On Thursday July 9th, Diamond will host its own PREVIEWSworld Panel from 12:30-1:30pm PST in room 8. The panel will give a detailed look inside the pages of PREVIEWS, information on how PREVIEWSworld.com interacts with the catalog, a look at the new “How To Order” comic, followed by an interactive Q&A session. The panel will be led by PREVIEWS Editor Marty Grosser, PREVIEWSworld.com Editor Vince Brusio and Diamond Consumer Marketing Manager Andy Mueller.  Panel attendees will get a free copy of the July issue of PREVIEWS and have a chance to win many other great prizes.
On Friday July 10th, Diamond will also host a Retailer Appreciation Lunch from 12:00PM-2:30PM in room 31A. Lunch sponsors Dark Horse Comics, DC Entertainment, IDW Publishing, Marvel Comics, BOOM! Studios, Titan Publishing, and Valiant Entertainment will make presentations, announcing their upcoming editorial plans and other news in addition to Diamond presenting its new initiatives for retailers. 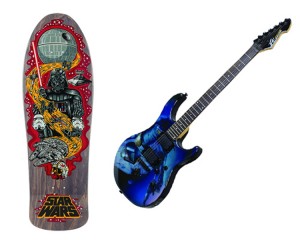 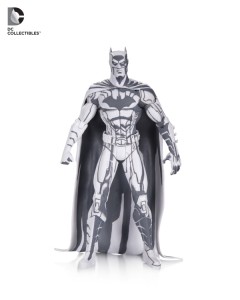 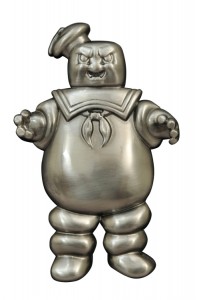 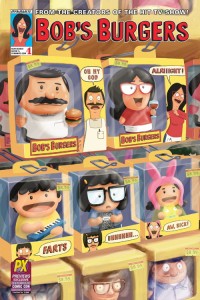 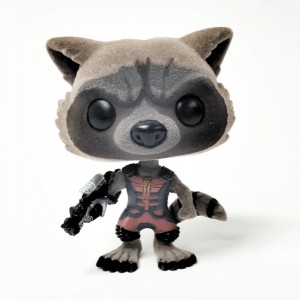 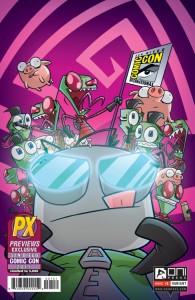 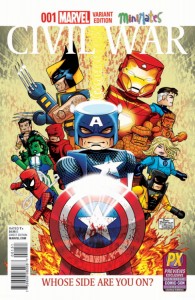 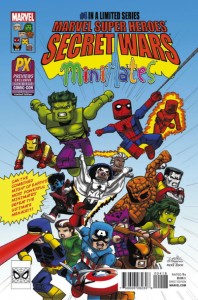 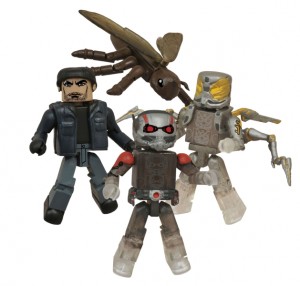 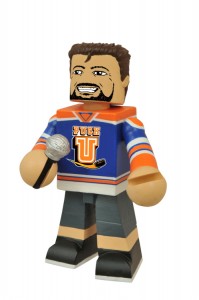 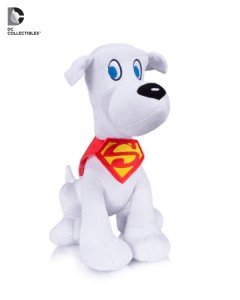 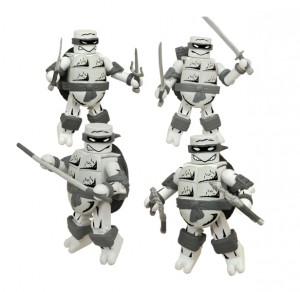 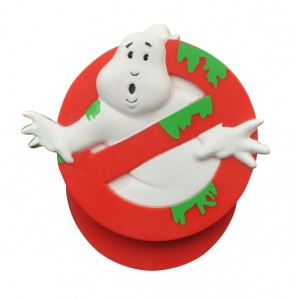 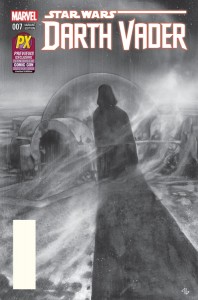 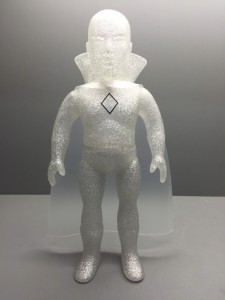 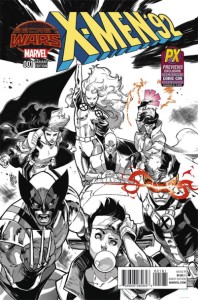 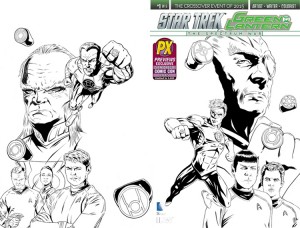 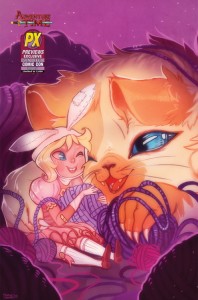 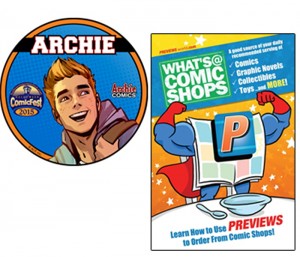 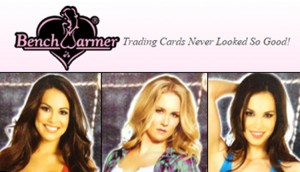 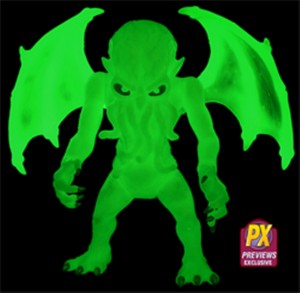 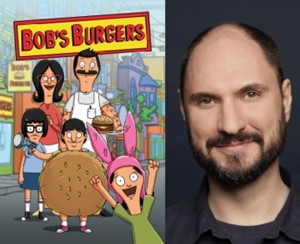 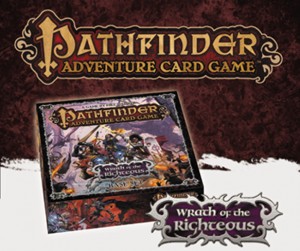 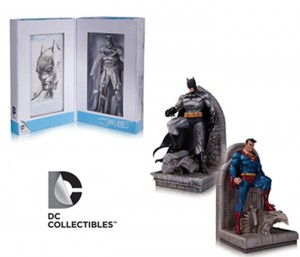 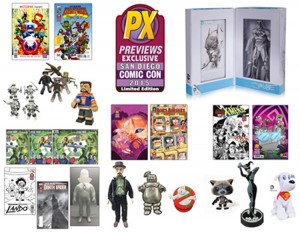 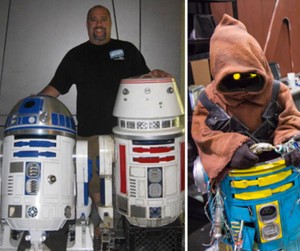 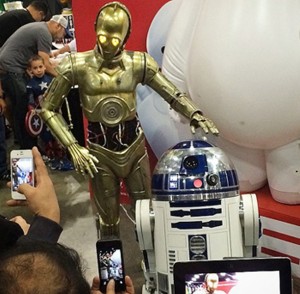 For more information about Diamond’s SDCC Exclusives and where to find them, in addition to learning more about Diamond’s Comic-Con activities, visit www.previewsworld.com.