Diamond’s Creature From The Black Lagoon Banks On Greatness 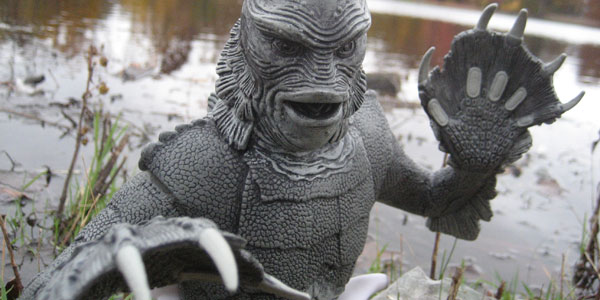 Diamond released a Creature From The Black Lagoon bust/ bank, that’s so cool, it definitely deserves a place in the collection of any fan of the Universal monster.

The coolest thing I bought at New York Comic Con was without a doubt the Creature From the Black Lagoon black and white figural bank released by Diamond. While technically a coin bank, this Creature doubles as an impressively-sculpted, very affordable 8″ bust, and it’s a very cool piece. 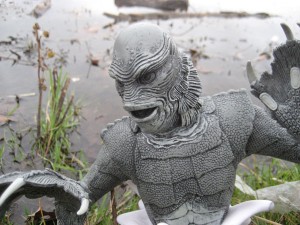 The Creature From the Black Lagoon is absolutely my favorite of the Universal Monsters, with an incredible first movie and two increasingly surreal sequels.  The Gill-man had such an iconic design, and every scaly detail is included in this sculpt, from the ridges of his scaly body to the spines of his back fins and the wrinkles that cover his face.  All these details really pop thanks to the excellent black wash on the figure, which makes every scale, nook and wrinkle stand out dramatically.  The monochromatic effect of the black and white deco makes the wash highlight the sculpt even more than if it had been in color, and the grayscale colorway is a great, if not original, nod to the character’s classic Universal roots. 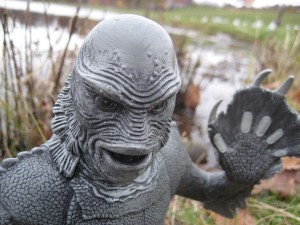 There is an excellent sense of motion in the sculpt of the Creature, with his head turning while he reaches one webbed hand in front of him and rears back with the other. The piece is a bust, from the waist up, and the cutoff is worked into a splash of water, to further enhance the sense that the monster is rising out of the water to attack.

Aside from the one coin slot cut into his shoulder, the Creature is untouched as a statue, and I dare you to find a better looking bust of this classic movie monster for only $20.  The Creature bank was an exclusive at New York Comic Con, but several vendors may still have him available, including Midtown Comics.  With a production run of only 250, I wouldn’t be surprised to see Diamond re-release this piece, along with the Boris Karloff Frankenstein also available at NYCC, in the near future. 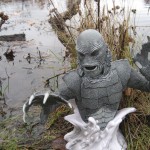 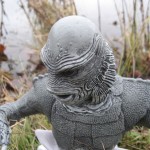 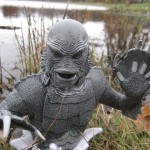 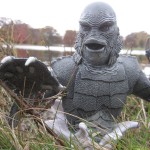 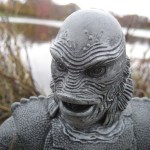 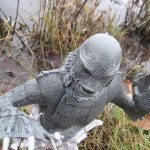 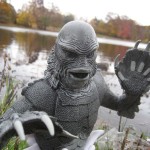 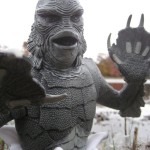 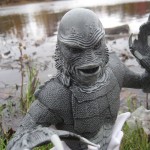 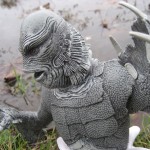 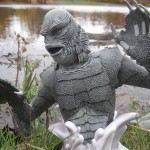