The Dinosaurs Return to Lego 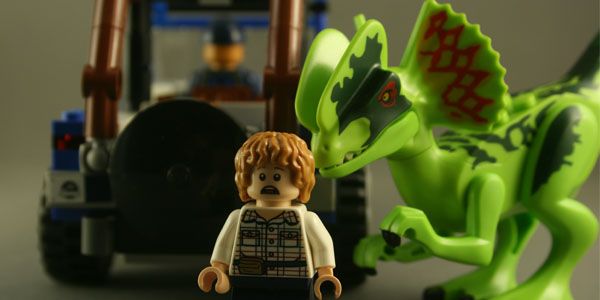 Jurassic World is a few weeks away, but the LEGO sets are already hitting stores.

It has been a few years since there have been dinosaurs in LEGO sets, but the new Jurassic World movie are bringing them back. The line is a mix of old dinos and new, giving collectors even more to add to their own Jurassic Park.

This new smaller set has two builds, two minifigures, and a Dilophosaurus. The minifigures are a park worker and one of the main kids from the film. Nothing exciting, just adding to the movie style figures, and a nice surprised look face for Superhero collectors.

The Dilophosaurus is a smaller dino, slightly larger than the Raptors. The head sculpt is unique, with a hinged jaw. The colors on him look brighter than they would be in the film, though until we see the film we won’t know how accurate the colors are.

Usually the stars of the sets are the minifigures, but in this case it’s the builds. The jeep is different than than typical cars, with great colors. The stickers even have dinosaur scratch marks on them. It’s a good off road vehicle to add to your collection with a lot of storage in the back. The other build is the pod, something people in the movie use to move among the dinosaurs in the park. in the film the pods fit two people, but in this case it only seats one. Even though it is not film accurate, it is still impressive. The figure sitting in the pod mostly faces forward. If rolled the seat moves independent of the pod, making sure your minifigure never misses a thing. They could have just made the seat roll with the pod, but it was a nice touch adding the extra pieces to keep him moving with the pod.

Overall this is a great little set, at a decent price point. If you was willing to wait a couple of weeks and pick these up at Walmart or Target your wallet will thank you, because Toy R Us really raised the price on them to get them on shelves first. 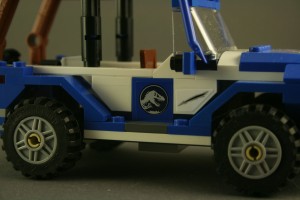 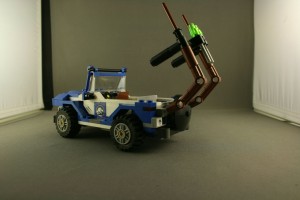 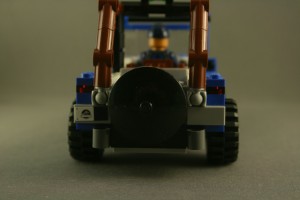 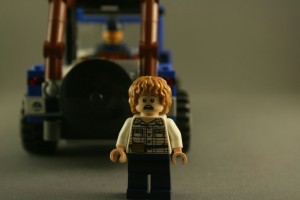 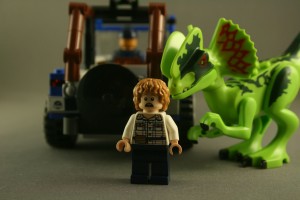 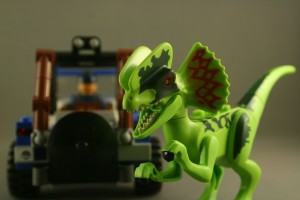 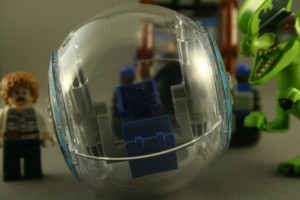 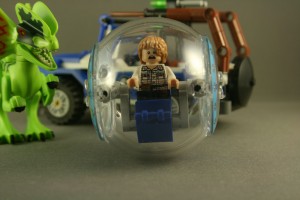 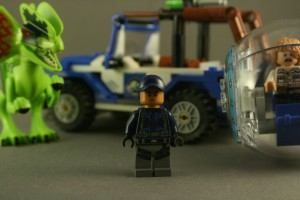 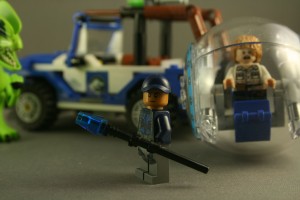