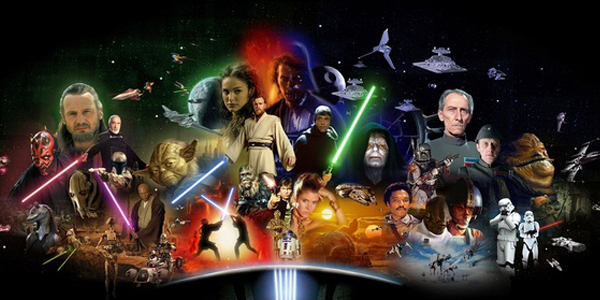 Disney has purchased LucasFilm from George Lucas for a price tag just as high as their $4 billion Marvel purchase. We know how that worked out, but can the House of Mouse rescue the stone that is Star Wars from its blood-drawn fate?

There’s no two ways about it– Star Wars has been the most epically mis-handled franchise in the history of genre cinema. We’ve all seen every step of the slow, painful transition, as George Lucas mutated from the bastion of nerdy cool– a king of all geek-dom– into a disjointed, clueless profiteer, who seemed fully committed to dragging down our beloved tale from long ago in a galaxy far away with him.  That’s all happened in less than two decades, and truth be told, Star Wars has been on life support for a majority of that time.

A few years ago, I would have felt equally uneasy about Lucas’ one, final sell-out, as he now passes the baton of ownership to Disney. However, after what we’ve seen Disney and Marvel do in collusion– intelligently shaping and aggressively marketing the amazing Marvel Cinematic Universe, I’m left with a bit of cautious optimism that Star Wars– and all of LucasFilm’s future– will be in better hands with the biggest entertainment giant in the world.

I’m sure there will be much nitpicking and analysis of the one, simple press release issued thus far.  Lucas’ line in the release makes it seem like this has been part of his plan all along, but I think this may have more to do with course-correction for the severely ailing franchise than Lucas’ desire to build a legacy.

“For the past 35 years, one of my greatest pleasures has been to see Star Wars passed from one generation to the next,” said George Lucas, Chairman and Chief Executive Officer of Lucasfilm. “It’s now time for me to pass Star Wars on to a new generation of filmmakers. I’ve always believed that Star Wars could live beyond me, and I thought it was important to set up the transition during my lifetime. I’m confident that with Lucasfilm under the leadership of Kathleen Kennedy, and having a new home within the Disney organization, Star Wars will certainly live on and flourish for many generations to come. Disney’s reach and experience give Lucasfilm the opportunity to blaze new trails in film, television, interactive media, theme parks, live entertainment, and consumer products.”

Disney and LucasFilm have had an incestuous relationship for a long time now, so it’s not like this move will shake things up in a colossal way on the business front… but what I’m hoping to see is a more responsible leadership put in place for Stars Wars and Lucas’ other franchises, one that wouldn’t pimp properties out so haphazardly as the recent, much loathed Star Wars Cars or the mostly unpleasant-looking sitcom helmed by Seth Green.

The only part that could be trouble is the reveal that Star Wars: Episode 7 has been announced, and fast-tracked for a 2015 release. The announcement promises Lucas will act as consultant, while it will be helmed by one of the “new generation of filmmakers” he mentioned in the quote above. This could go either way, as we’ve already seen on multiple counts… but it’s worth keeping in mind the best Star Wars movie wasn’t directed by Lucas, and the projects on which he kept his distance, such as Genndy Tartakovsky’s Clone Wars miniseries, tend to fare better than the current CGI Clone Wars show, which Lucas was quite hands-on with creatively.

Despite my still-raw feelings over the lackluster prequels, I’m not ready to write off the idea of more Star Wars films just yet. And being under the Disney umbrella could turn out to be a great thing– Kevin Feige at Marvel used the Disney powerhouse to his studio’s advantage, making sure they had the ability to attach the right creative people, both in front of and behind the cameras, to achieve their cinematic vision.  And Pixar has proven time and again that they care more about the right person than the “in” person for each of their films.  What these two companies have done under Disney is maintain a focus on what really matters– story, characters, and talent. If new LucasFilm President Kathleen Kennedy starts drinking that brand of Kool Aid, there’s a chance a new Star Wars series wouldn’t only not suck, but might be something to look forward to.

Until we have more information, everything is purely speculative. All we know right now is a different set of suits are taking over at LucasFilm, and old George is making out with a tidy little profit on his way out the door.   Suits typically aren’t the best safeguards for a franchise, as we’ve seen throughout history, but let’s be honest– Star Wars really has nowhere to go but up.