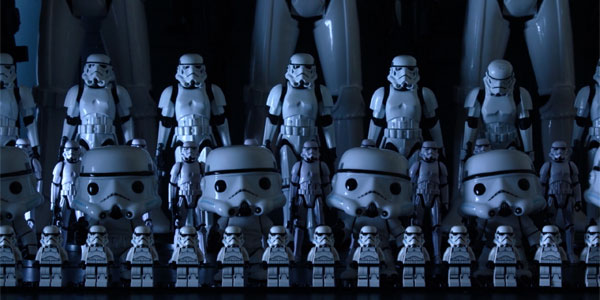 Yesterday, the Star Wars YouTube channel released a fun stop motion animation video starring toy versions of characters from the upcoming Star Wars Rogue One.  The description mentioned it was a fan-made piece, but how?… I mean, it features tons of Rogue One toys– including a Director Krennic Pop from Funko, Black Series Deathtroopers and K2SO, and what appears to be a Disney Store Elite Series Cassian Andor.  And none of these will be available until #ForceFriday on September 30th.

Thankfully, Disney shared some more details which helped explain what this was all about.  The video was created by Tongal’s James DeJulio at Tongal, written by Kevin Ulrich and animated by stop-motion animators directors Dan MacKenzie and Tucker Barrie. It’s the first in a series of ‘Rogue Stories’ which will serve as a really clever way to debut new items from the Rogue One’s various toy lines all throughout September.  This might be the most fun way to go about the business of product reveals… I absolutely love it!

What’s more, Disney, Lucasfilm, and their product partners are teaming up for a contest which will allow collectors and fans from across the globe to create and share their own ‘Rogue Story’ videos, which will be judged by a panel including Rogue One’s director Gareth Edwards.  The winners will get to attend a screening of Rogue One at Lucasfilm HQ… and see their short on the big screen.

Here’s some more details on the contest

The global contest, which kicks off September 30, invites fans to share their own short stories or skits set in a galaxy far, far away… Winning entries from around the globe will be chosen by a panel including “Rogue One: A Star Wars Story” director Gareth Edwards. Beginning September 30, teen and adult fans can enter the Go Rogue contest on StarWars.com/GoRogue. In addition to the global contest on starwars.com, in the U.S. and parts of Canada, kids 8-12 can participate on Disney.com/MyRogueStory. Winners will be invited to Lucasfilm in San Francisco to attend a screening of “Rogue One,” and see their short story on the big screen.

Hats off to everyone involved in this campaign, because it’s one of the most clever and entertaining ways I’ve ever seen a company debut their new products.  It totally makes me want to #GoRogue! 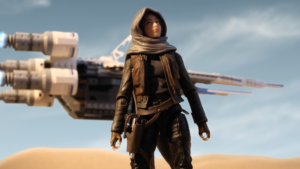 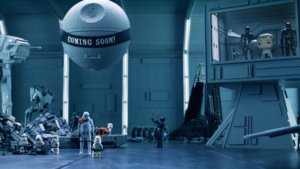 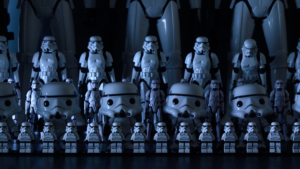 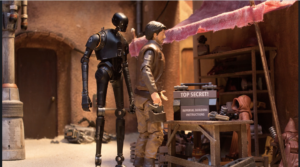