Second Opinion – Disney/Pixar’s Inside Out: A Simple Family Comedy with Layers 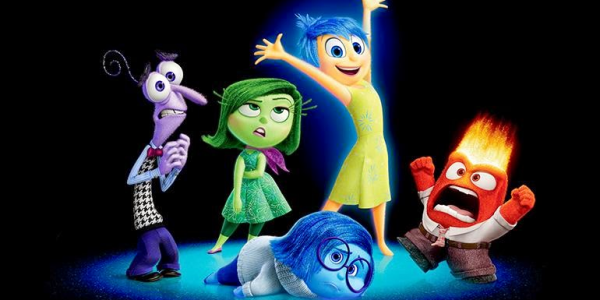 An incredibly small scale story with a real sense of heart

Inside Out tells the story of Riley, a young Midwestern girl who’s uprooted from her happy life in Minnesota when her family relocates to San Francisco.  Along with her Mom and Dad, Riley attempts to get used to her totally new life on the west coast.  Meanwhile, Riley’s emotions are attempting to reason with this recent change in her/their situation.  Together Sadness, Fear, Disgust, Anger, and their leader Joy, all try to keep Riley balanced in this trying time.  Unfortunately, due to an accident, Joy and Sadness have both been ejected from the main control center and in to the depths of Riley’s memories.  The longer Riley is without Joy, the more her mind seems to deteriorate.  Time is running out, but Joy just might be determined enough to get back to the control center and make everything right.

Amy Poehler brings her vibrant energy and intelligence to Joy but still maintains a believable level of humanity, adding weight to her more dramatic scenes.  Bill Hader, Mindy Kaling, and Lewis Black give equally satisfying performances as Fear, Disgust, and Anger; albeit far more polarized and one dimensional than Joy’s and Sadness’ (but can anyone really think of a better person than Lewis Black to portray the personificatio 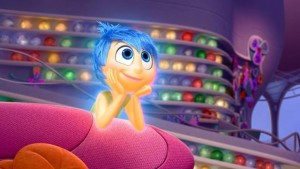 n of human anger?).  Diane Lane and Kyle McLaughlin turn in some solid but thankless performances as Riley’s Mother and Father.  Their presence is easily ignored, but it’s that effortless portrayal that grounds Riley’s story and makes the whole narrative much more believable.  Kaitlyn Dias delivers a multitude of emotions as the incredibly conflicted center of both stories, Riley.  She also gives the narrative an emotional anchor worth hanging on.  Richard Kind delivers yet another under-appreciated but pivotal performance as Bing Bong the former imaginary friend; and Phyllis Smith wows with an incredibly restrained and charmingly naive portrayal of Riley’s Sadness.  The main characters are all played by comedy veterans, and it shows as each joke lands right where it’s supposed to.  The movie is very funny, but in typical Pixar fashion, it can also become dramatic at the drop of a hat.  The same two parts comedy one part drama recipe that has made Pixar’s film library so universally appreciated is on full display.

An experienced cast, a emotionally stirring story, a unique art style, and possibly the very best CGI in the world are all Pixar staples.  So what makes this film stand out?  As far as the mythology goes, everything that occurs inside Riley’s mind has a m 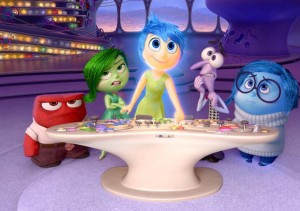 undane reaction in the real world.  It’s a unique dynamic that gives the film an opportunity to tell two stories with differing tenants, that still connect thematically.  The miraculous part is that they can do this without breaking up the narrative flow of either one.  Joy and Sadness interact, bicker, and learn about themselves and the world of Riley’s mind while trying to get back to the main control center; all the while Riley tries to find a way to keep her emotions in check, which is especially difficult without a friend or confidante.  We get to experience the story from Riley’s and Joy’s point of view, so it’s easy to empathize with the plights of both characters.  Emotionally, you can expect to easily connect with both or either of them.  While the characters are easy to connect with, the story doesn’t take the time to really explore that same level of depth.  As Joy and Sadness travel there are clever allusions to the everyday processes of Riley’s mind, but there’s no cohesion in their world.  I got the impression that Riley’s mind was supposed to be a society with mirrors to real world elements, including trains (of thought, haha), towns, and studios.  These parallels are at times entertaining as they capture the subtle details of those very aspects and use impeccable comedic timing to capitalize on environmental gags, but there’s practically no connection of these elements.  I mean I understand that she’s a kid and so the layout is similar to a fairground or theme park, but even a theme park has organization.

None of Riley’s processes seem to work together.  There are different centers of the brain that are managed, but always by an unremarkable grunt-like labor force that seems to be following the orders of some completely unseen authority.  I was so confused as to why these workers continued to manage the processes of Riley’s mind.  What was their motivation? They all act as bored and disaffected as Wal-Mart employees, but without 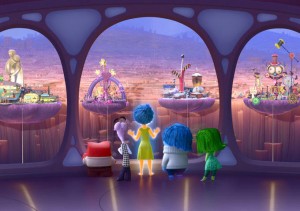 the financial motivation.  In Monster’s Inc. not only did you understand why they did their job and what it was meant to accomplish, you understood how the business was run from the administration, to the training, to the job assignment, and even the reception.  In Inside Out they aren’t working for money or any clear goal, nor does there seem to be any system; so why are they doing anything at all? These are just some of the questions I had only after I left the theater.  I was so mesmerized at the time that I can say the movie did it’s job.  I was emotionally invested to the point of tears at some points.  I enjoyed the cast’s performances across the bored with virtually no complaints about the acting or writing on display.  I only really had problems with the pacing, as the story didn’t so much flow, but rather it would slow down to a complete standstill and then suddenly lurch forward in an unnatural and unexpected way.  Even though I was enjoying the ride, I still felt a lack of momentum from the whole ordeal.

Regardless, you and your family will both enjoy Inside Out.  The visual imagery is mesmerizing and the animation is flawless.  There are times when it relies pretty heavily on cliched humor, but sometimes it works to great effect (like a moment where you see the inside of a dog’s and a cat’s mind)  It’s also pretty likely that you’ll have figured out the moral of the story by the halfway point, but it won’t diminish the significance of its impact in any way.  Though just like a dream that only makes sense at the time it’s happening, you will be flooded with a host of logical questions about the world of Riley’s mind just as soon as you step out of the theater.