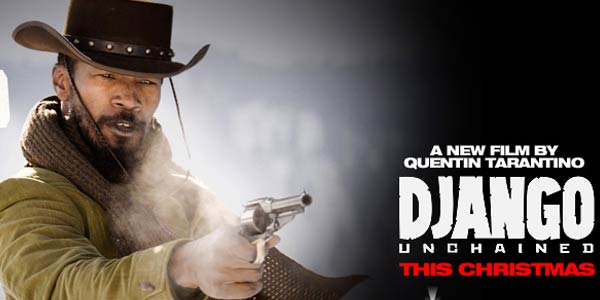 NECA’s retro-style Django Unchained figures have been revealed– and they look rad.

To say I’m excited for Quentin Tarantino’s Django Unchained would be quite an understatement.  As much as I am desperate wanting to see the movie, I’ve been equally intrigued and excited to check out NECA’s toy line.  NECA has tackled Tarantino several times before, most notably in their incredible Kill Bill collection, but what really stood out to me about their plans for Django was the format, a first for the toymakers.

The Django Unchained figures are retro-style 8″ figures, complete with cloth clothing (e.g. Mego’s).  This is interesting– I know Mego-style figures are relatively controversial amongst collectors, but I am personally in the pro-retro camp more often than not… my Mego collection is as cherished as my QT DVD collection.

What I will say is, the retro model works best when it’s a logical fit– not every property should get the Mego treatment, but when it works, it works… and for a Tarantino toy line, with his penchant for 70’s chic and retro hipness, these figures just scream COOL in a way that traditional, plastic figures never could.

To top that off, the craftsmanship on both the actor’s portraits and the clothing looks spot-on (at least based on these initial photos), which is another win for these guys– some retro figures sport soft sculpts and chunky clothing which add a rudimentary, cheap quality to the intended retro approach.  The Django figures look great, in my opinion– and that incredibly cool old school window box art just send them over the edge!

The first wave of figures brings us six characters from Tarantino’s “Southern,” with Django, his bounty hunter ally King Schultz, his captive wife Broomhilda, sinister plantation owner Calvin Candie, Stephen (Sam Jackson), and Butch.  What’s most intriguing is, according to NECA, these figures are available NOW– I have yet to see them, but I absolutely need to change that, immediately.  I must own these. 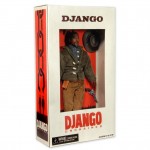 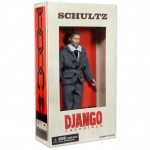 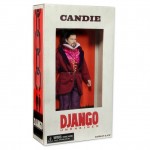 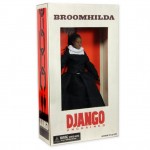 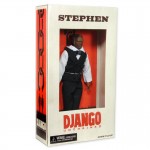 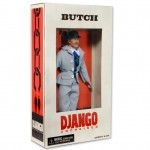