Dead Or Alive 5 is a Gorgeous but Flawed Fighter 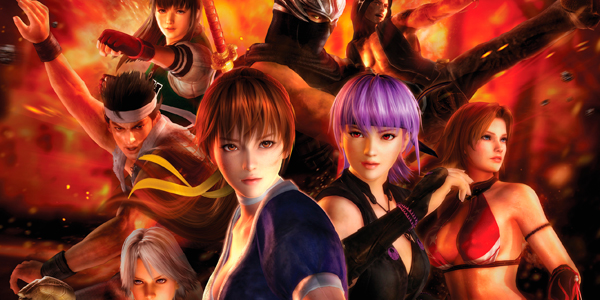 The Dead or Alive franchise has always been something of a black sheep amongst established fighting games.  Treading the fine line between over-the-top fun and pervasive fan service, its combat mechanics too were an odd mix of hardcore strategy and rudimentary button-mashing.  Team Ninja’s latest entry, DOA5, doesn’t shake the series’ foundation much, but provides some incremental improvements and tweaks that are sure to please long-time fans.

Regardless of its often risqué material, everyone can surely agree that Dead or Alive has historically shined in the visuals department and DOA5 is no different.  The character models and fighting arenas look more realistic and jaw-droppingly beautiful than ever before.  The movement is extremely fluid and lifelike and, as such, hits landed on opponents feel like they carry more weight and power.  Sweat can be seen beading up on characters and they will become noticeably dirtier and blemished as fights progress.  All the while, environments ranging from low-key, snow-covered mountainsides to bright, booming carnival themed locations come to life with numerous “danger zones” that can be used to throw your adversary into, off of, or through to gain the upper hand in battle.  For example, a dojo-like stage has floors that can be smashed through and a balcony that can break away to send fighters plummeting to the floor below.  A well-placed throw can even send your opponent tumbling down a staircase.  While interactive environments have been a staple in Dead or Alive for some time, they really steal the show here. 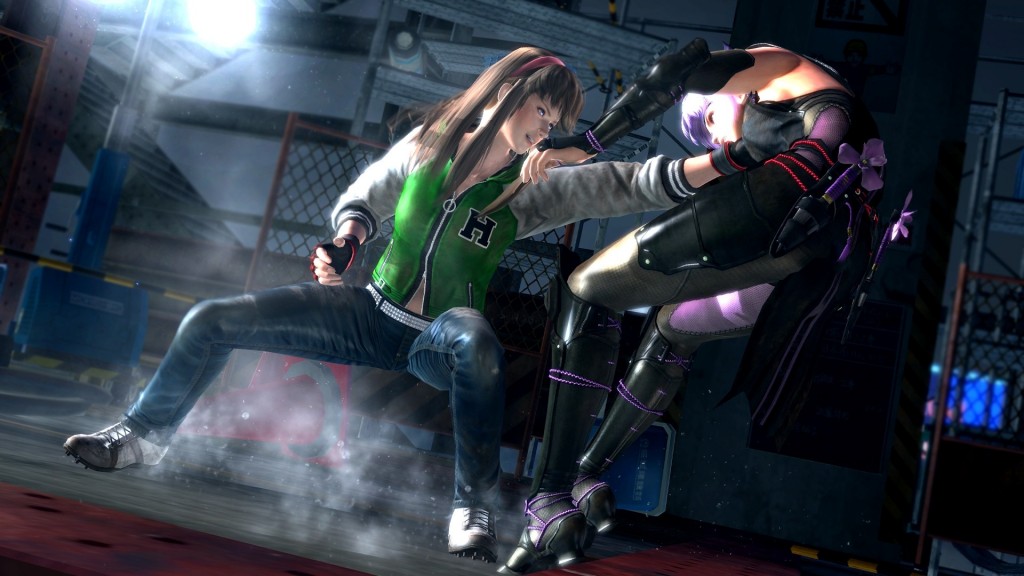 With a fight roster of 24 characters, DOA5 certainly can’t hold a candle to the enormous selections present in the recent Tekken Tag Tournament 2.  Luckily though, this also means that each fighter is rather unique and avoids the pitfall of so many games in the genre that feature characters whose style and command list is nearly identical save for a different outfit or model.  DOA5 does a great job balancing a host of characters who all really do play very differently, with no specific advantages or disadvantages over anyone else.  The inclusion of three characters from the Virtua Fighter series works seamlessly here for this very reason. 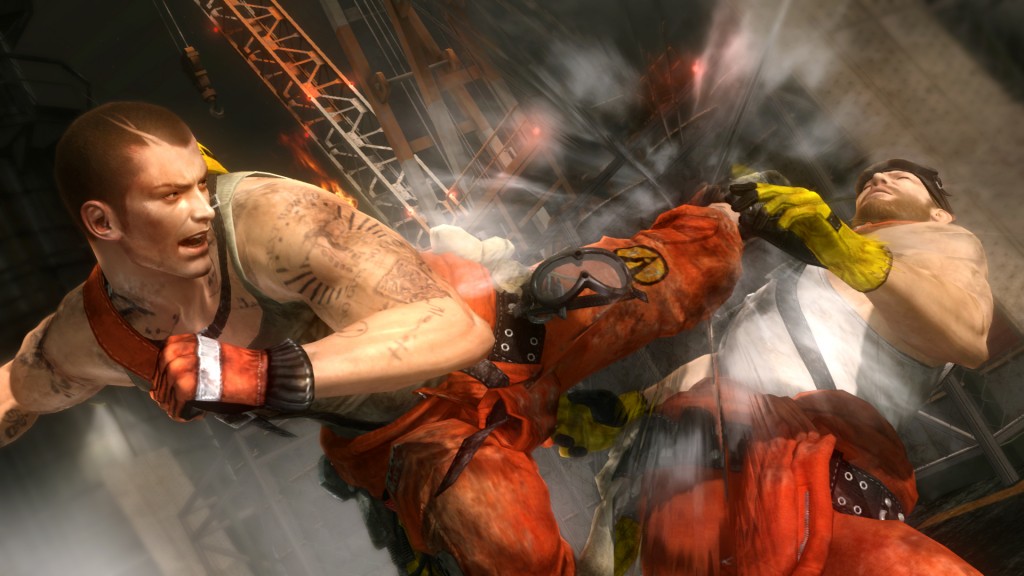 Unlike many fighting franchises like Street Fighter and Mortal Kombat which focus on character-specific special moves, the name of the game in DOA5 is juggling and combos.  Throws and holds actually appear to have been weakened a bit in this iteration, with a stronger focus placed on chaining together quick moves to keep your opponent at bay.  It’s an odd shift as DOA4 seemed like the exact opposite.  The series’ signature “hold” mechanic is still in place, allowing players to try and anticipate incoming blows and press the assigned button along with the direction of an incoming attack to administer a reversal, but the timing window for this has been shortened and requires extreme precision (or luck) to pull off.  That said, the fighting engine does lend itself wonderfully to newcomers as pounding away on buttons will always result in a flashy barrage of accidental moves. 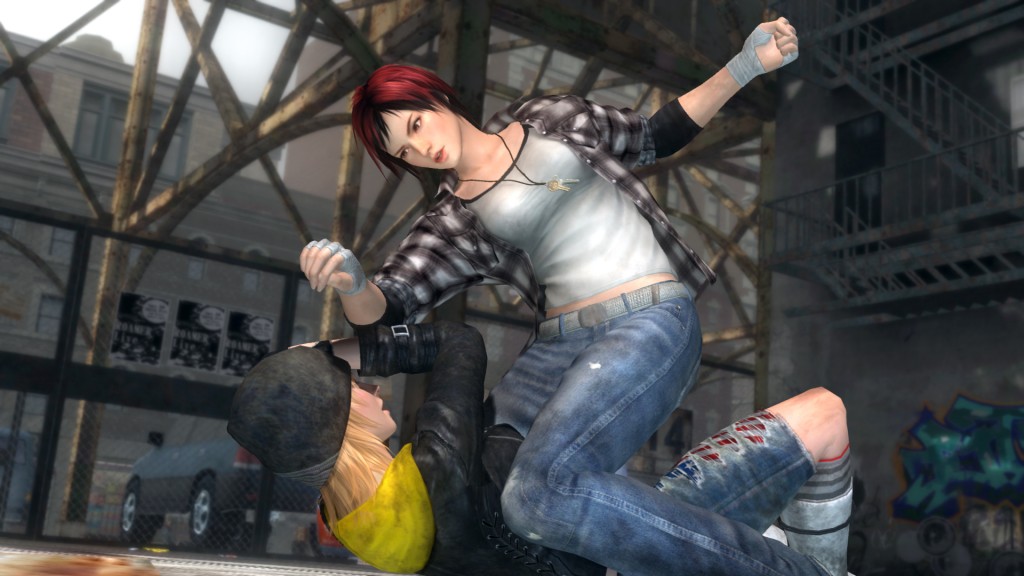 But as great as the game looks and as smooth as it plays, it falters severely in a couple key areas.  First and foremost, the story mode is a mess.  Granted, this mode is little more than an afterthought in most fighting games, but never have I come across one this grating or ill-conceived.  The dialogue sequences drag on for what seems like an eternity and, while you have the option to skip them one by one (but never by entire sections), achievement/trophy hunters will take note that this would make them ineligible for that award.  All others will still be frustrated that trying to skip to the next fight is a chore that will result in pausing the scene and selecting “skip” from the menu over and over again.  Every now and again, you will be relieved from sitting through the most dull, nonsensical Japanese soap opera imaginable to actually play the game. Once this occurs, you are presented with an opponent and an objective to meet during the fight – like “counter mid blows twice” or “escape three throws”.  The problem is that you then have to rely on your AI adversary to perform in accordance with your requirements.  As a tutorial, it completely fails to actually teach any kind of strategy or deeper understanding of the game.  If it weren’t for the characters you can unlock only in this mode, I would recommend avoiding this several-hour-long nightmare entirely. 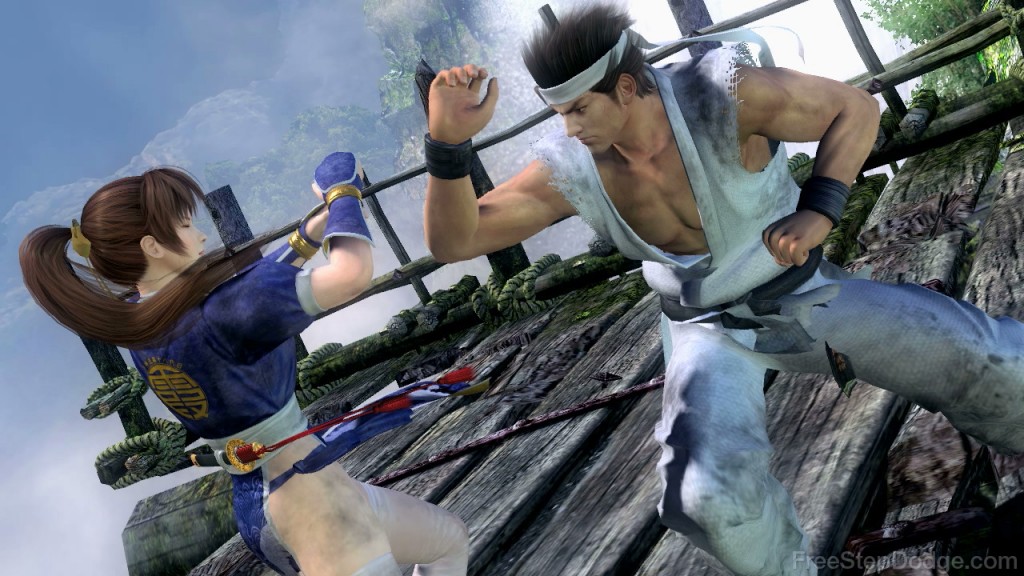 On the subject on unlocks, there are tons of them.  Clearing the arcade, time attack, and survival modes with each character on the many different difficulty levels will net you new costumes for your fighters and tiles for your online avatar.  Personally though, I had a very hard time clearing most modes even at moderate difficulty due to the CPU-controlled opponents’ inconsistency.  You can go from having the edge in a battle to getting caught in an inescapable juggle combo that completely crushes you.  Truthfully, I had a much better time fighting against real opponents online.  While the netcode doesn’t hold a candle to the recent Persona 4 Arena and the customization is put to shame by Tekken Tag Tournament 2, the online multiplayer here holds its own and is perfectly serviceable.  Unfortunately, merely being “serviceable” isn’t much of an endorsement in a market loaded with competing titles which, frankly, offer a much more robust experience.  A bit more polish in presentation could have made a world of difference here, but DOA5 is still well worth the money, even for casual fans of the genre.