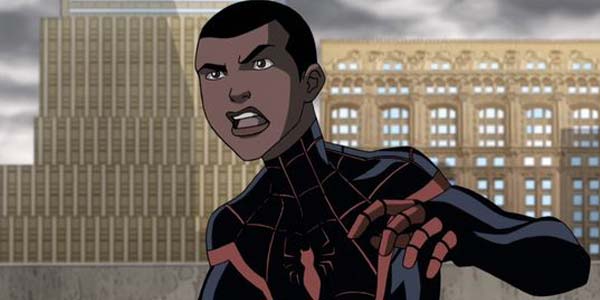 It’s just a cartoon voice, but it’s a start.

Back before Andrew Garfield was cast as Peter Parker in the Amazing Spider-Man, Community’s Donald Glover made an emphatic (and quite reasonable) bid to play the web-slinger.  Of course, Sony didn’t have the guts to change Peter’s skin color in the Hollywood blockbuster, but Glover’s campaign did inspire Marvel to create a new African-American Spider-Man to take on the mantle in the Ultimate Universe.

That new character was Miles Morales, who has been the Ultimate Spider-Man since 2011.  And now, in a weird full-circle situation, Glover has been cast to voice this alternate universe Spidey in an upcoming episode of Disney XD’s Ultimate Spider-Man: Web Wars.

So yea, this is pretty cool news.  By all accounts, Glover seems to be a legitimate fan of the super hero, and this feels like some kind of validation for his casting campaign.  Sure, it’s not a major Hollywood movie, but playing Miles on the animated series is a cool start.