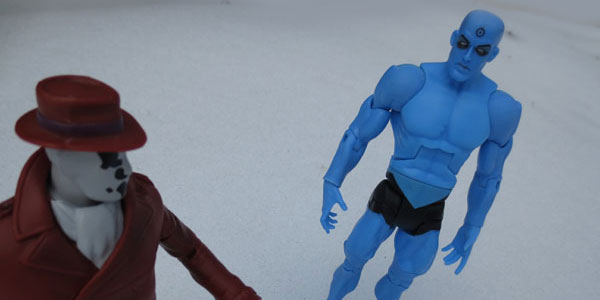 Mattel’s fantastic Watchmen collection continues with the release of the ultimate super power, Dr. Manhattan, who makes his stark yet impressive debut.

It feels silly to admit now that I was hesitant when I pulled the trigger and signed up for Mattel’s Watchmen subscription last Summer. Sure, I loved the legendary comic series as much as any card-carrying comic fan, but all I could imagine at the time was winding up with another half dozen DC Universe Classics repaints in my collection.  But much like Rorschach in January, Dr. Manhattan proved to me how wrong my first impression was, as Mattel’s best toy line continues. 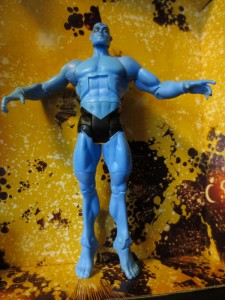 Dr. Manhattan is another excellent addition to the Watchmen collection.  The atomic hero is fairly simplistic in his basic blue skinned design, but that is completely as it should be.  The blue used for this figure is spot-on, with a soft, almost glowing effect, and he certainly stands out amongst other figures in the DC Universe brilliantly.  His all-new headsculpt is wonderful, with a determined, yet detached look on his face… there’s a subtlety here we don’t always see in the Four Horsemen’s sculpts, but it is perfectly on display here.

The Doctor is unsurprisingly built on a DCUC hero buck, with all new feet and hands, and includes a Watchmen logo display stand.  While I was sad to see no other accessories included (say, and energy blast for his hands), the starkness works for the character, and the subtle shaded details on his face really add a sense of dimension to the figure. 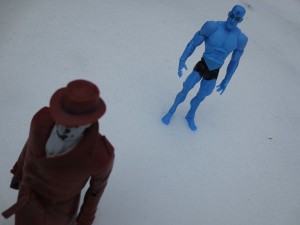 Like the rest of this series, Manhattan comes packed in a great resealable box modeled to look like a book.  The box opens to reveal the figure along with an oversized card featuring all-new artwork based on the iconic hero.  The outer shipping box is again black and yellow, with a tampo print that helps piece together what will be a very striking backdrop for all six figures, spelling out the classic slogan “Who Watches The Watchmen?” in graffiti writing.  It remains a wonderful change of pace from the dull white shippers of Matty Collector’s other lines, and these kinds of flourishes are what really makes the Watchmen series stand above the rest, in my opinion.

While his very simple design is accurate, Dr. Manhattan definitely has the least bells and whistles of the figures in this collection, so in that respect I am glad to get him early and save the more intricate designs like Silk Spectre and The Comedian for later on.  In the meantime, having Rorschach and Manhattan both captured in plastic means I can finally play out the ending of the comic, with their fateful snow-bound final meeting, as many times as I want right in my own backyard.  And for that, Mattel… I salute you! 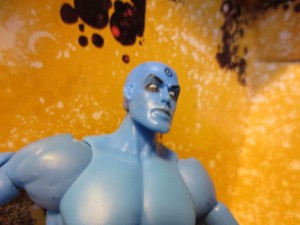 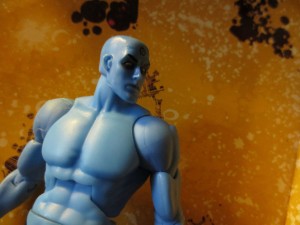 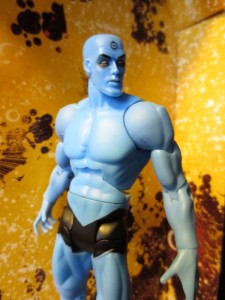 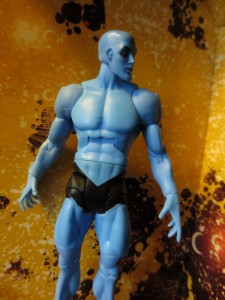 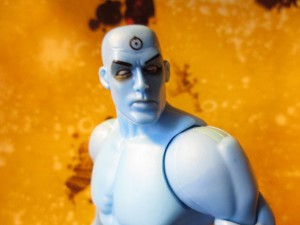 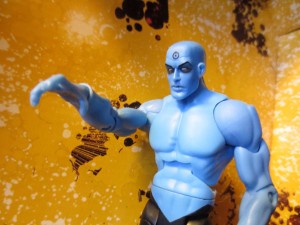 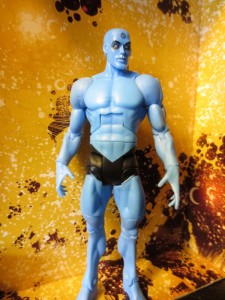 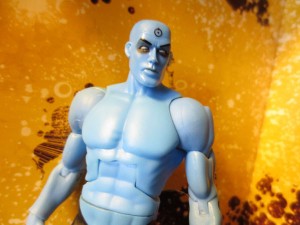 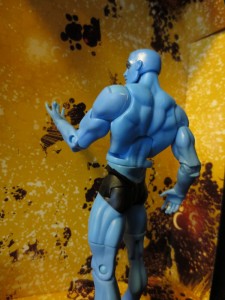 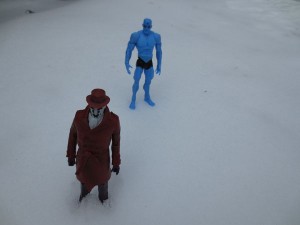 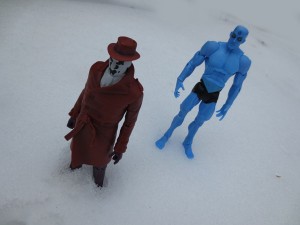 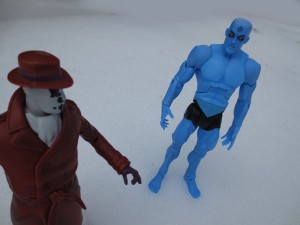 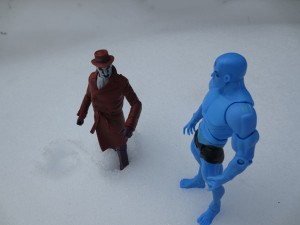 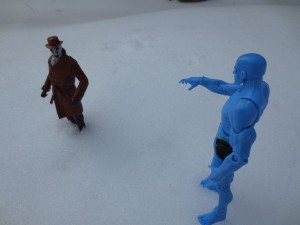 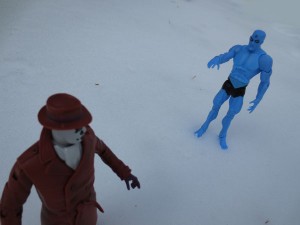 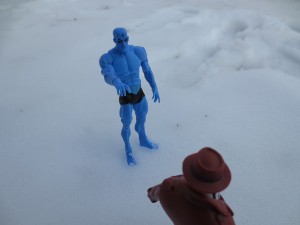 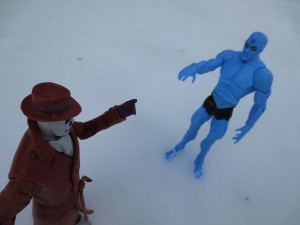 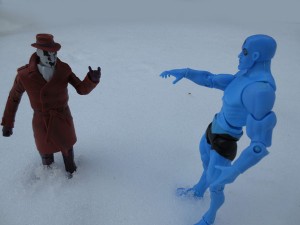 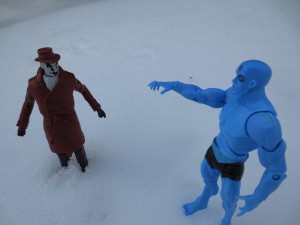 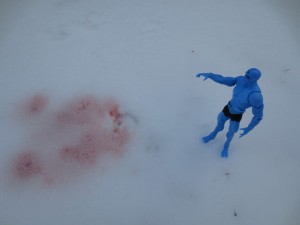 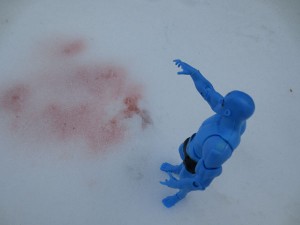 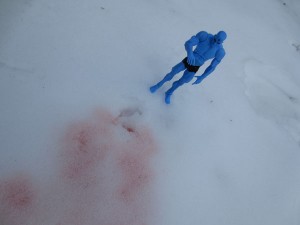 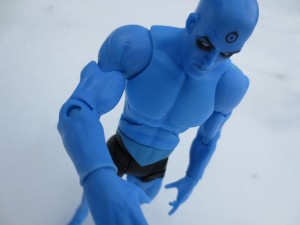 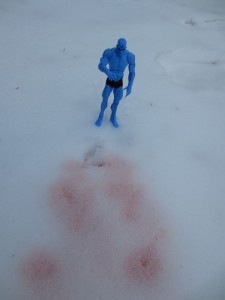