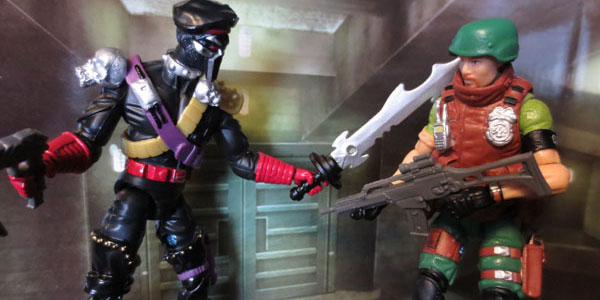 One of the most impressive aspects of the GI Joe Club’s first ever Subscription Series is how they pulled from so many corners of the GI Joe universe.  We’re seeing characters dating back to the Original 13, International troopers, and more recent characters such as this month’s pair, Sure Fire and Iron Klaw. 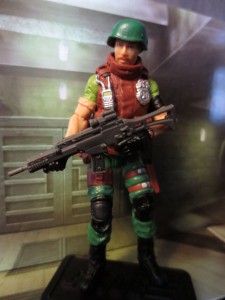 Sure Fire is this month’s Joe recruit, an update on the Valor vs. Venom character that makes a nice compliment to his fellow Joe MP, Law.  Sure Fire shares many parts with the fantastic Renegades Law, including the great tactical vest, helmet and gear including two rifles, a pistol, handcuffs and a flashlight.  The design of this figure is similar enough to Law that he fits nicely, while the new VvsV color scheme makes him feel unique.

This Joe gets an all new headsculpt as well, and all these good points help rectify his problems.  Sure Fire is the first figure in the Joe Club’s lineup to feature some rather severe quality issues– while his helmet (again, from Renegades Law) is a great sculpt, it’s made from plastic so soft, it warps in its bubble.  The result, along with Sure Fire’s head shape, makes the piece look rather awkward and flat on his head.  The bigger issue is a completely missed paint app on the figure’s right hand sleeve– the shirt cuff is totally unpainted.  As a customizer, I’m not typically one to go nuts over QC issues, but these are very expensive, short-run collectibles.  I feel that paying the Club’s markup on these figures (as well as membership dues) entitles me to final products that don’t feature such glaring omissions. 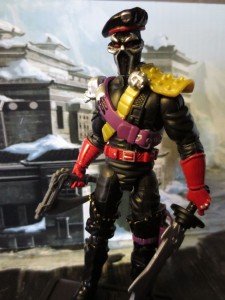 Fortunately, Iron Klaw more than makes up for the shortcomings of Sure Fire.  I know the GI Joe Extreme-era villain is one of the more divisive additions to this series, but I love him.  As lame as Extreme was, I always dug Klaw’s design, and I have always welcomed the concept of more villain factions not associated with Cobra to add to the Joe’s universe.

Iron Klaw utilizes a Iron Grenadiers Destro base, which gives him a good height and heft over allies and enemies, and his character-appropriate new web gear helps him look unique.  The head sculpt is the best part of the figure, with his skeletal mask looking quite imposing, and the removable beret is an extra detail that adds to his overall quality.  The SKAR leader includes a pistol, a handgun with blade attached, a red ninja wrist blade and an all-new sculpt of his menacing sword, which can clip onto his back.  The paint apps on Iron Klaw are gorgeous, as well, with a great mix of finishes– matte for his uniform and high gloss for his gloves, boots and belts– makes what could have been a fairly standard black figure into something quite striking.

I couldn’t be happier to add Iron Klaw to my Joe collection, and this figure is absolutely fantastic.  Even with his design flaws, Sure Fire makes a good companion piece to Law and Order, and serves as a great backup figure in any Joe team display.  After this, there’s only two more months’ of figures in the Joe Club’s series, but at this point I can safely say I don’t regret signing up one bit.  Iron Klaw and Sure Fire will be available for single purchase sometime in the next few weeks on the Joe Club’s website– Click Here to visit them now! 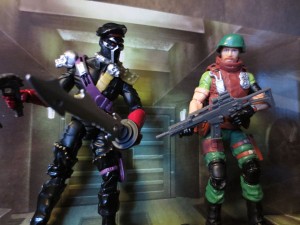 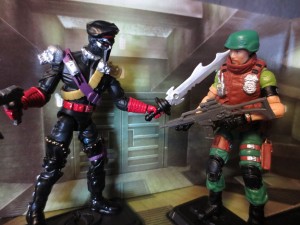 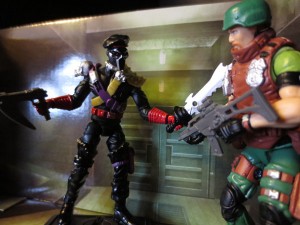 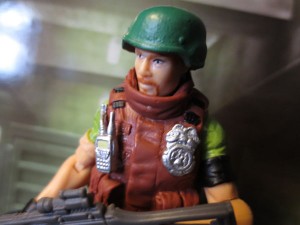 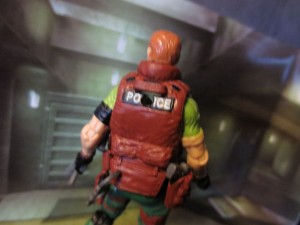 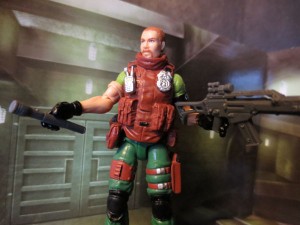 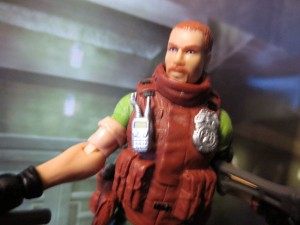 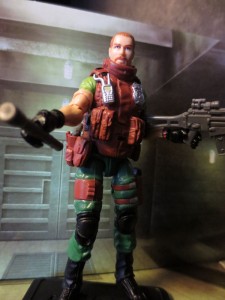 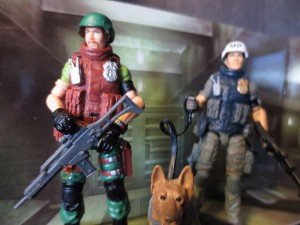 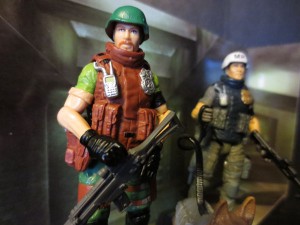 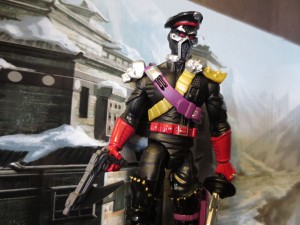 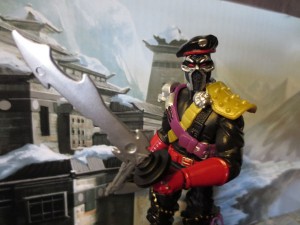 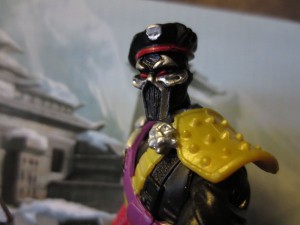 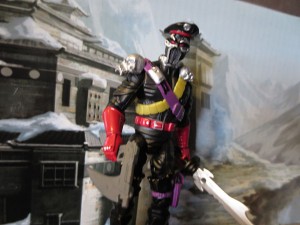 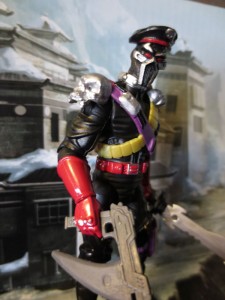 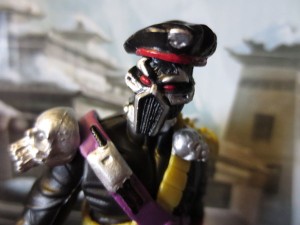 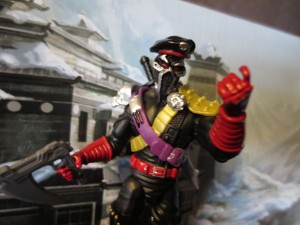 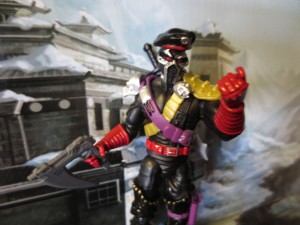 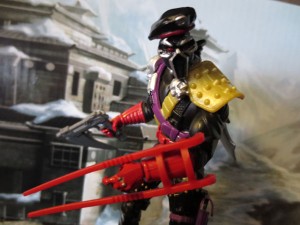 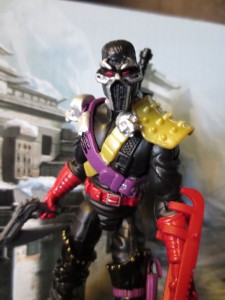 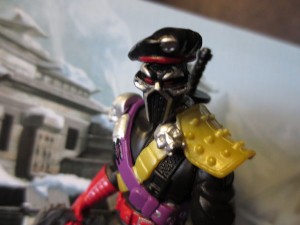 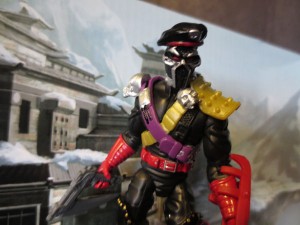