Dredd Sequel Rumors Get Their Heads Blown Off 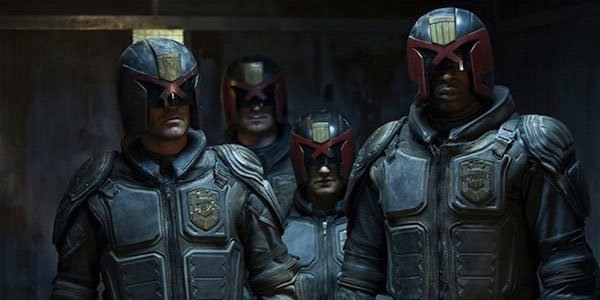 Only the good franchises die young.

A fun and decidedly hard R action shoot-em-up that actually did justice to its iconic comic book source material, Dredd should have been a huge success– it had everything fanboys claimed to want and it delivered in a tight, ass kicking 90 minutes.  But for some unbeknownst reason, the film flopped badly at the Box Office, and while there was some hope after strong DVD sales, it looks like the idea of a sequel is pretty much dead.

So says producer Adi Shankar in a recent Reddit AmA, who confirmed that we won’t be seeing a feature film sequel to the comic adaptation when asked about it:

Probably not. But I am working on a Dredd short in the vein of #DirtyLaundry … you’re actually the first person to know about this …

The only silver lining here is the short Shankar mentioned.  The Punisher short, Dirty Laundry, was fairly abysmal, but Dredd was a vastly superior movie to the Tom Jane Marvel adaptation, and I have kind of high hopes that a short form future might catch on for the Judge.

I’m keeping my fingers crossed that the Dredd short takes shape. I’d love to see Karl Urban glue that helmet back on his melon, even if only for a few more glorious, bullet-riddled, blood-soaked minutes.