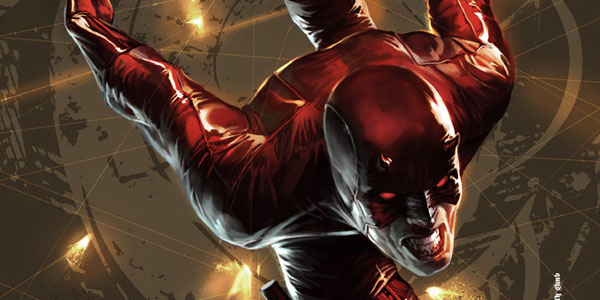 It was just a few days ago that Marvel and Disney announced their deal with Netflix to produce four new TV series for the streaming service, all leading up to a Defenders miniseries.  Before the ink has even dried, we already have a totally exciting rumor for the writer of Daredevil, which will be the first of four series.

Drew Goddard, the ultra-talented co-writer/ director of 2012’s awe-inspiring Cabin in the Woods, is apparently in negotiations to scribe the 13 episode series.  This is awesome for two reasons– first, Goddard is well established as a smart and funny writer (see Buffy the Vampire Slayer, the previously mentioned Cabin), meaning his take on the Man Without Fear would likely have more bounce than a grim n gritty Dark Knight ripoff.  The news here also suggests that each of the four Netflix series will be anchored by one writer, which will be great for continuity and to spotlight a single, unique voice for each of the four heroes.

Nothing is set in stone, but this sounds right… Goddard has a long working relationship with Marvel’s current mastermind Joss Whedon, and he’s a dyed in the wool Daredevil fan, to boot.  “You’re talking to a guy who had quotes from Daredevil painted on his wall while growing up,” Goddard told Collider recently.  “Even when I was 18, I still had the blood red door with the, ‘I have shown him that a man without hope is a man without fear.’”

As an equally die-hard Cabin in the Woods fan, I completely hope this happens.