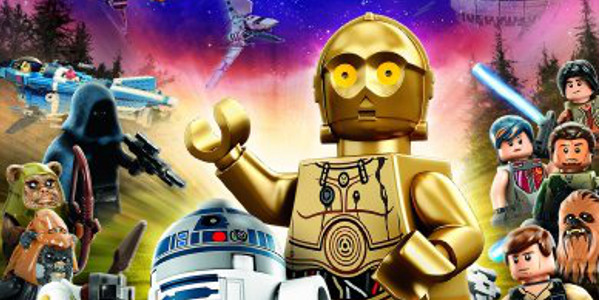 A fun romp through the Star Wars stories told only how LEGO can. 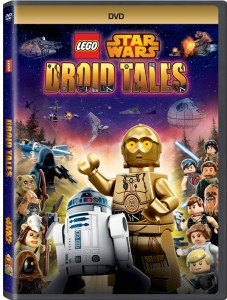 The story starts the day after the celebration at the end of Return of the Jedi. Everyone is cleaning up on Endor when C-3PO sees R2-D2 get kidnapped by a stranger. Determined to rescue his friend, C-3PO sets forth on a journey to find R2-D2. Along the C-3PO reminisces about all the adventures they’ve had together.

That’s the basic plot behind LEGO Star Wars: Droid Tales. It was original a 5 part series on Disney XD, and Disney has collected it onto one DVD.

Personally, I thought this was a hilarious romp through the Star Wars mythos. Plus it’s a great introduction to younger viewers. I have a 3 year and while I’m not ready for him to watch this original Star Wars films, these LEGO ones really appeal to him. While he didn’t get all the jokes, he was laughing his head off. But the jokes that went over his head, I couldn’t stop laughing at them.

Plus, everything is just better in LEGO form. Things just down blow up. They fall apart in a bunch of bricks.

If you’re a fan of Star Wars or LEGO, then you’ll want to pick up this DVD.