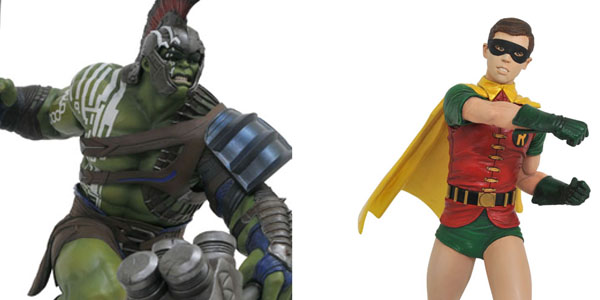 It’s a super-heroic week at your local comic shop! Flying out of the Diamond Select Toys warehouse, six new superhero products are shipping this week, and each one is a mini-masterpiece!

From the Batman Classic TV Series to Superman: The Animated Series to the Marvel Cinematic Universe, it’s like an avenging league of awesome! Find a store near you at ComicShopLocator.com, or order online at your favorite retailers, including Shop.DiamondSelectToys.com!

A Diamond Select Toys release! The Boy Wonder is ready for battle! The newest entry in the Premier Collection of statues based on the Batman Classic TV Series, this highly detailed resin statue depicts actor Burt Ward as Batman’s partner-in-crimefighting, Robin! Measuring approximately 10 inches tall and standing atop a sound-effect base inspired by the Batman Classic TV Show, this statue is in scale to the other statues in the series – pair it with Batman to throw a double punch at an opponent! Limited to only 3,000 pieces, it comes packaged in a full-color box with a hand-numbered certificate of authenticity. Sculpted by Jean St. Jean! (Item #JUN172631, SRP: $150.00) 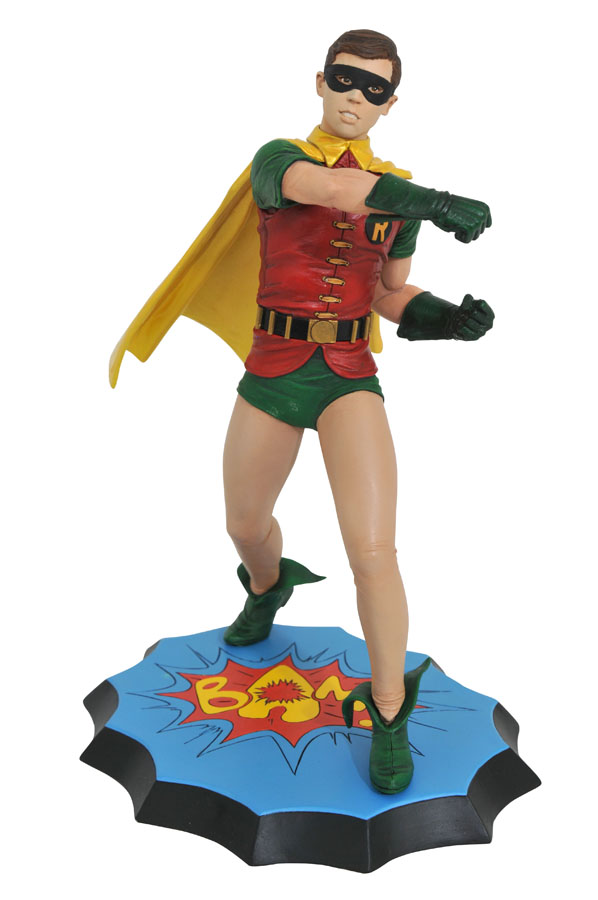 A Diamond Select Toys release! The Marvel Gallery line is blasting off into outer space! This new PVC Diorama captures two of the funniest members of the space-faring Guardians of the Galaxy Vol. 2, the latest blockbuster entry in the Marvel Cinematic Universe. Star-Lord with his jet-pack, Gamora with Rocket, and Drax with Groot each measure approximately 9-11 inches tall with highly detailed sculpting and paint applications. Each comes packaged in a full-color window box, and all three are available now! Sculpted by Rocco Tartamella! 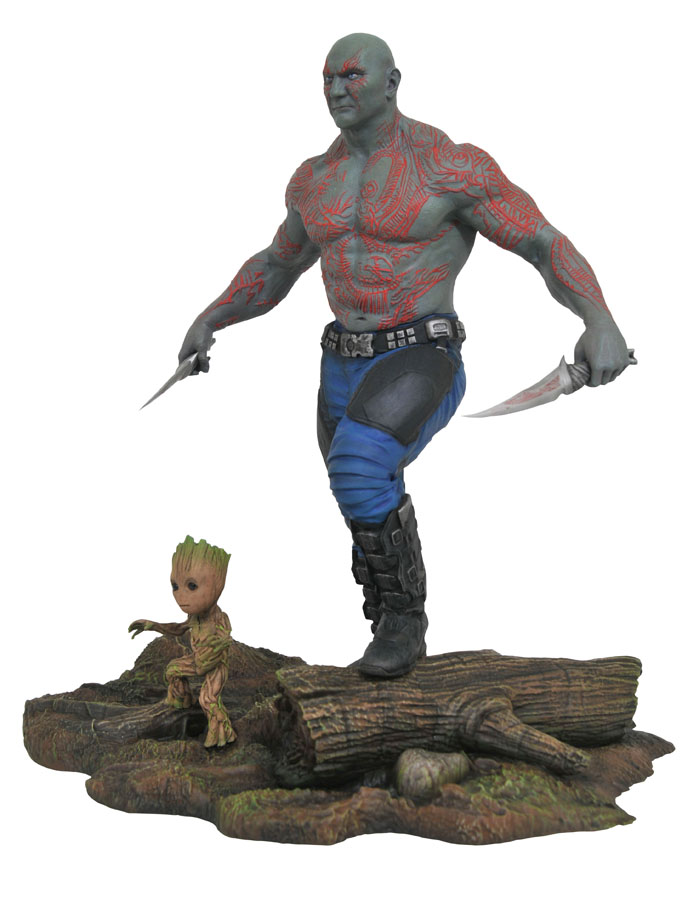 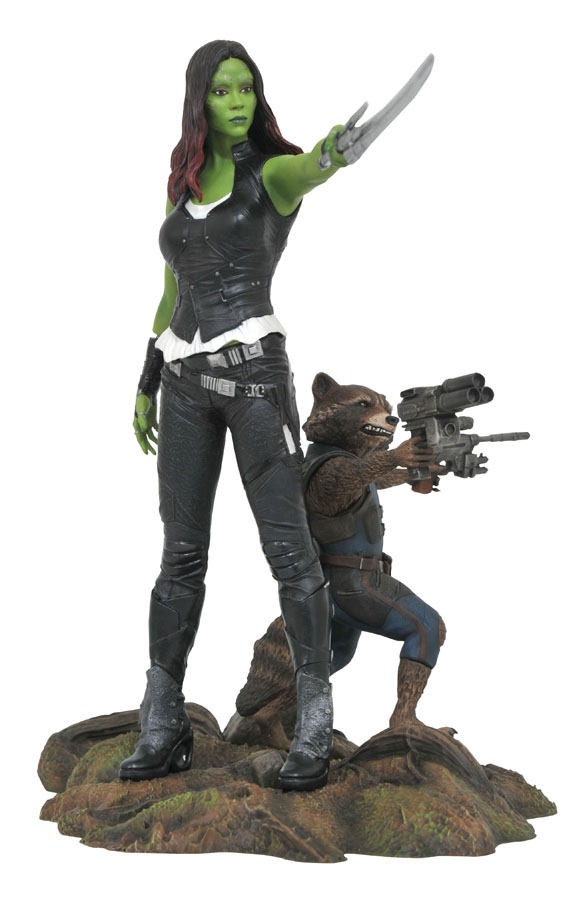 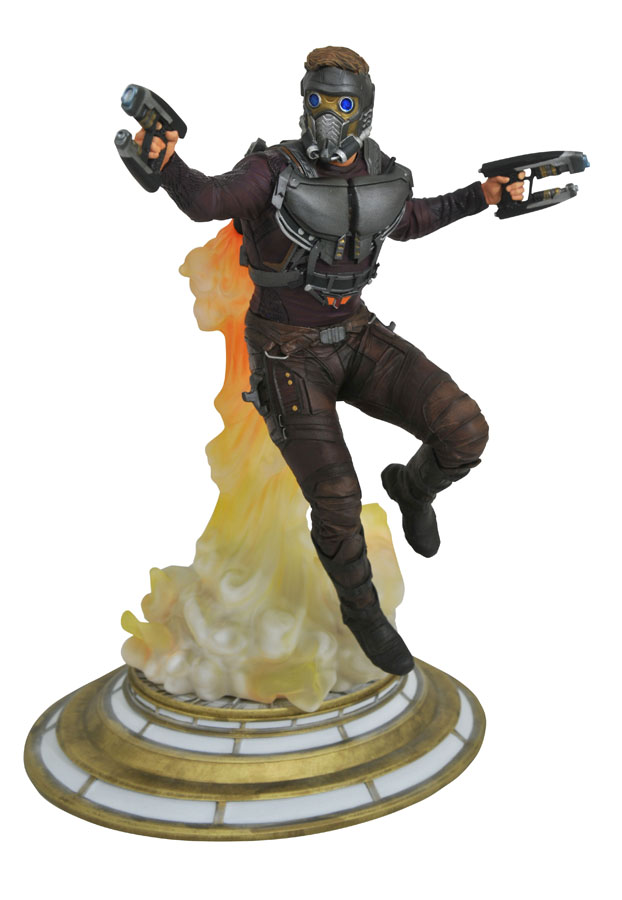 A Diamond Select Toys release! The highly anticipated Thor: Ragnarok movie is bringing us one of the most exciting Hulk looks ever, and this Marvel Gallery PVC Diorama captures him at his most enraged! Measuring approximately 12 inches tall, this sculpture of a fully armored Hulk wielding twin weapons is the must-have collectable from Thor: Ragnarok. Featuring detailed sculpting and paint applications, this 9-inch scale diorama comes packaged in a full-color window box and is in scale to all other Gallery and Femme Fatales figures. Sculpted by Rocco Tartamella! (Item # AUG172642, SRP: $50.00) 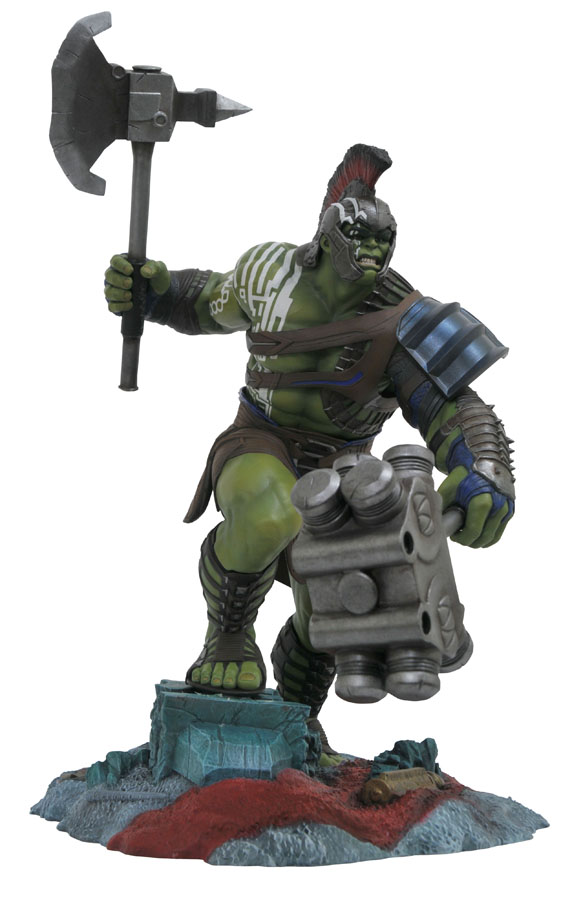 The second statue in the relaunched Marvel Milestones series is of Iron Man, as he appears in Captain America: Civil War! Rising into the sky on his bootjets out of a cloud of smoke and rubble, the Mark 46 armor unleashes a repulsor blast at a target! Pair it with the upcoming Captain America statue (shipping next week) to form a larger scene! This approximately 20″ resin statue is limited to only 1,000 pieces, and comes packaged in a full-color box with a certificate of authenticity. Sculpted by Gentle Giant Studios! (Item #MAY172528, SRP: $199.99) 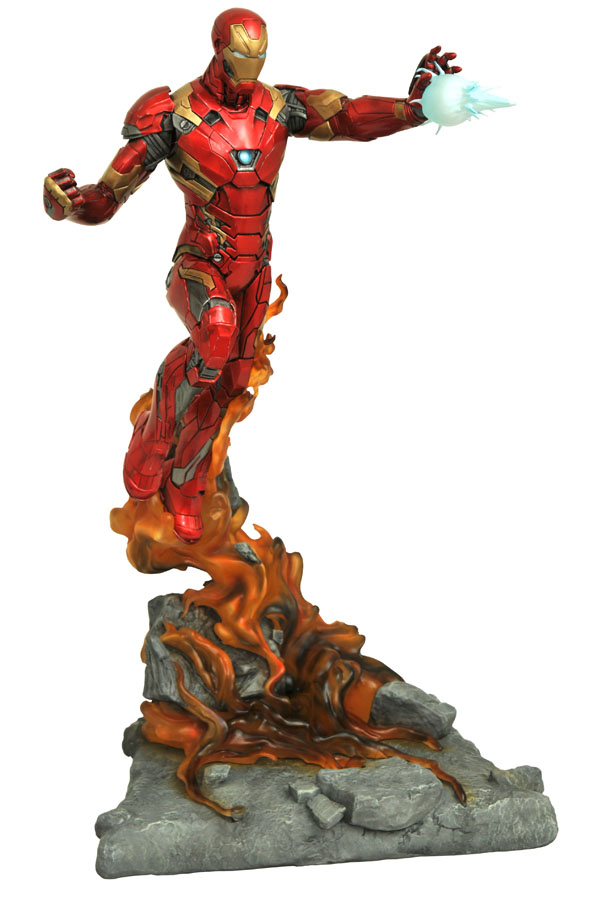 A Diamond Select Toys release! The DC Animated Universe bust series continues with one of Superman’s greatest villains! Brainiac, the Kryptonian supercomputer without compassion, is now the latest 6″ resin bust to be offered, posed atop a pedestal inspired by the architecture of Metropolis. Packaged in a full-color box, this bust is limited to only 3,000 pieces and comes with a hand-numbered certificate of authenticity. Sculpted by Varner Studios! (Item #JUN172645, SRP: $59.99) 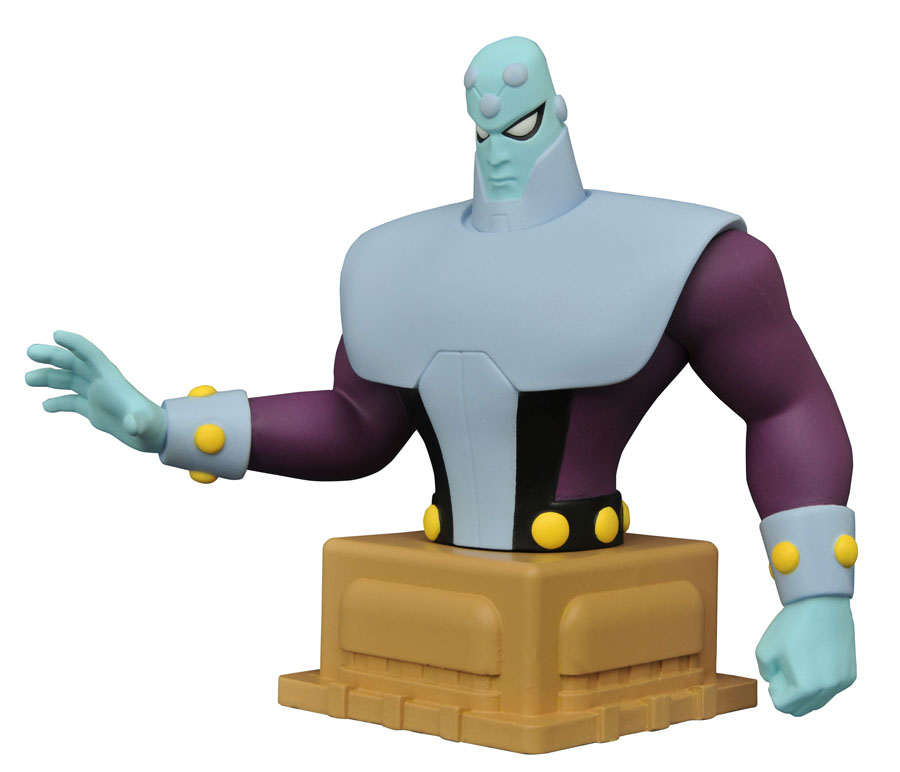 A Diamond Select Toys Release! It’s a bust, it’s a bank, it’s Superman! The Man of Steel joins DST’s line of vinyl banks based on the DC Animated Universe, with this approximately 7-inch-tall portrait of Superman as he appeared in Superman: The Animated Series! With a coin slot on the back and an access door in the base, you’ll be able to save some dough even as you save the day! Packaged in a clear polybag. Sculpted by Varner Studios. (Item # JUL172791, SRP: $22.99) 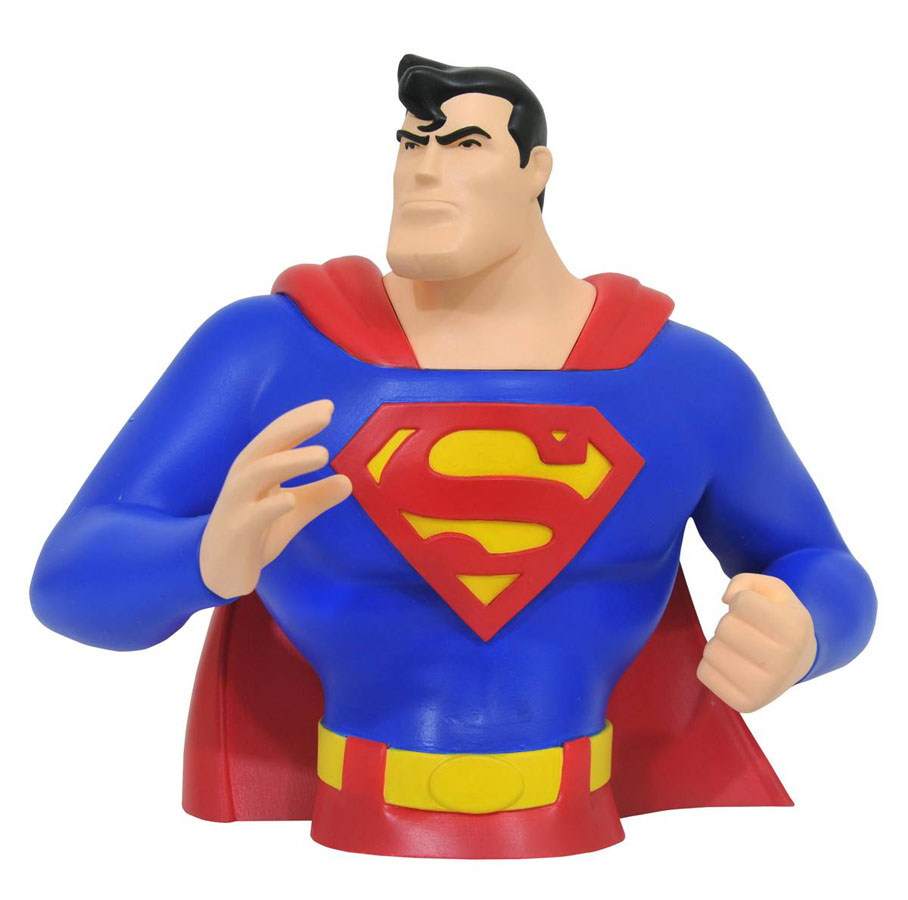