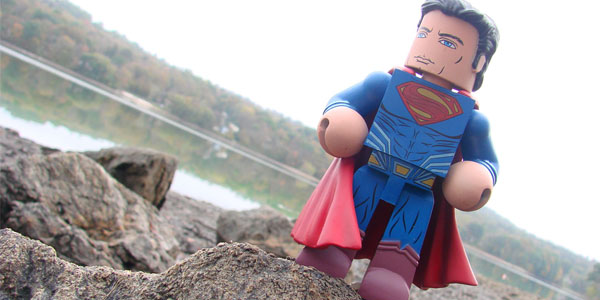 The holidays are coming, and a ton of new gift ideas just arrived at your local comic shop! Diamond Select Toys has delivered potential presents to stores across North America.

This week’s releases include items from Justice League, Batman: The Animated Series, Marvel Comics, the Daredevil TV series, and the Nightmare Before Christmas! There’s something for every kind of fan, and at every kind of price! It’s the best of all worlds! Find a store near you at comicshoplocator.com or order from your favorite online retailer! 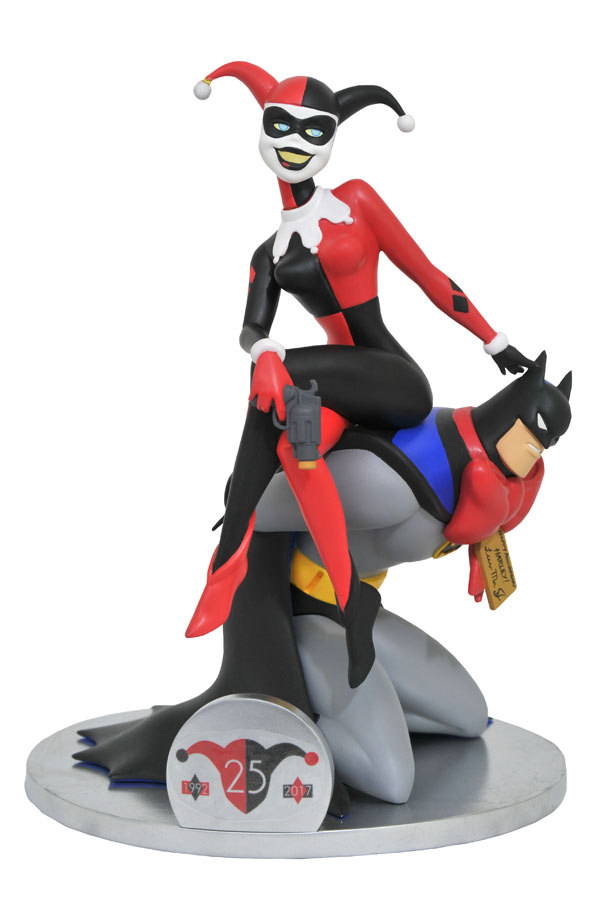 A Diamond Select Toys Release! Harley Quinn is turning 25, but you get the present! The first-ever Deluxe DC Gallery PVC Diorama celebrates Harley’s 1992 debut on Batman: The Animated Series with a new diorama of the Joker’s gal pal sitting on top of a gift-wrapped Batman – an anniversary present to Harley from her Puddin’! Measuring almost 10 inches tall, this diorama features detailed sculpting and paint applications and comes packaged in a full-color window box. Sculpted by Varner Studios! (Item # APR172648, SRP: $60.00) 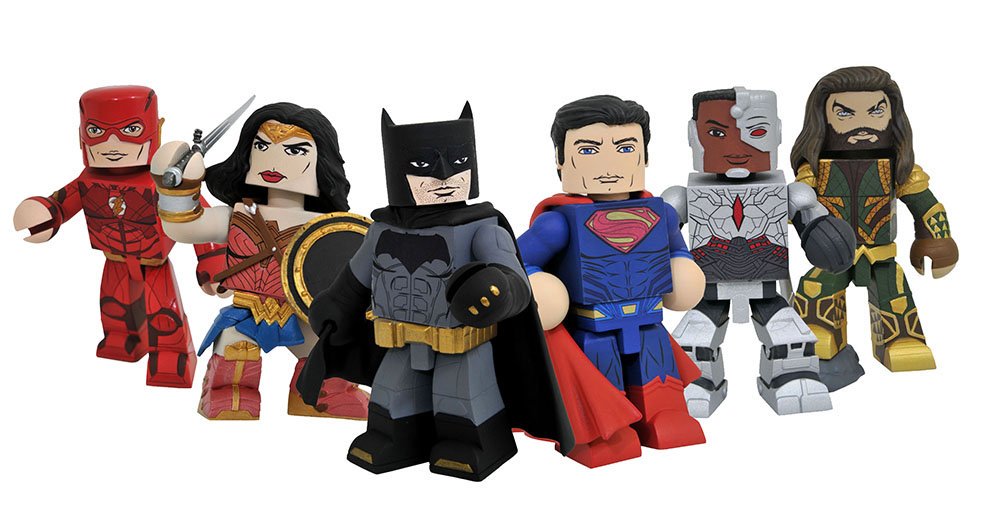 A Diamond Select Toys Release! Complete the League with this all-new assortment of Vinimates vinyl figures based on the new Justice League feature film! Superman, Aquaman and Cyborg team up to take on the forces of evil in this new batch of figures from the highly anticipated movie. Each 4-inch vinyl figure is sculpted in a block-figure style, striking a pose straight from the movie. Each comes packaged in a full-color window box. Also available: Batman, Wonder Woman and the Flash! 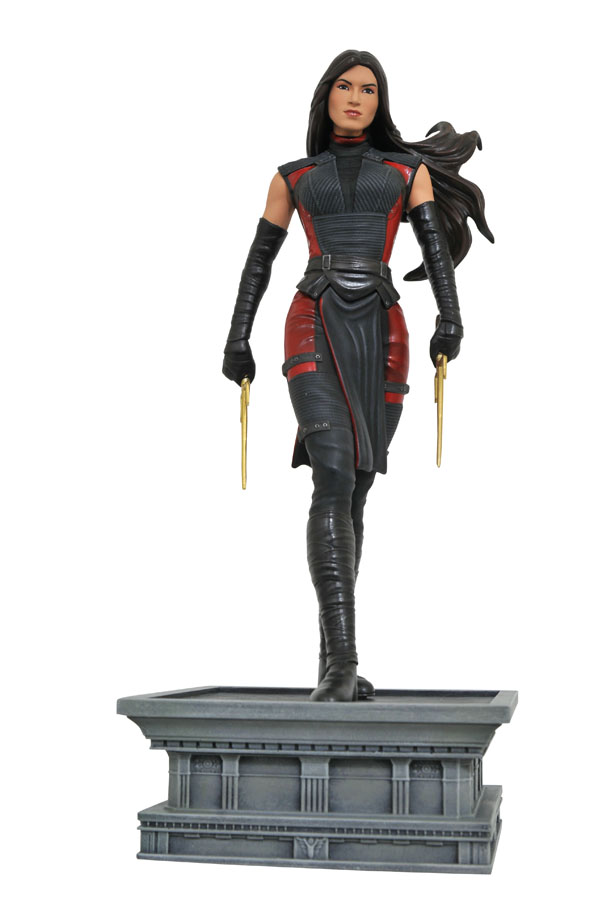 A Diamond Select Toys release! The Netflix series of Marvel Gallery PVC dioramas continues with the assassin Elektra! Based on her appearance in Daredevil Season 2 on Netflix, this PVC figure of Elodie Yung as Elektra stands atop a pedestal inspired by a New York City rooftop, uniting it thematically with the other Netflix releases. Measuring approximately 10 inches tall, this diorama features detailed sculpting, exacting paint applications, and an authentic likeness. Packaged in a full-color window box. Sculpted by Varner Studios! (Item #MAY172530, SRP: $45.00) 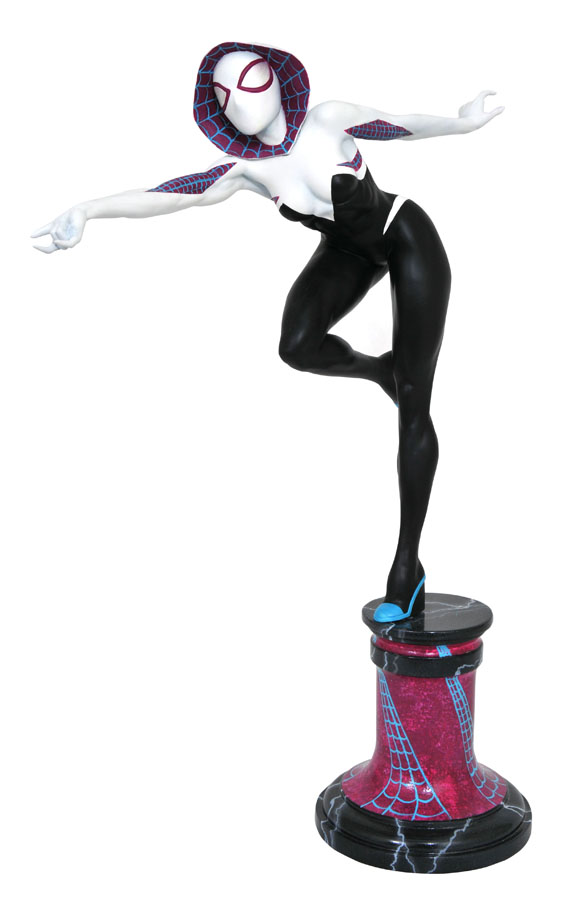 A Diamond Select Toys release! The Spider-Woman of Earth-65 is taking the Marvel Universe by storm, whether she’s fighting alongside other spider-heroes against the Inheritors, or playing with the Mary Janes in a battle of the bands! This 12-inch scale masked variant of our “Spider-Gwen” statue shows her alighting on a pillar, preparing to shoot a webline while balanced on one foot. Sculpted by Clayburn Moore, this resin statue is limited to an edition of 1,000 pieces, and comes packaged with a certificate of authenticity in a full-color window box. (Item #MAY172532, SRP: $150.00) 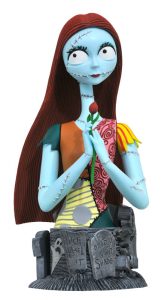 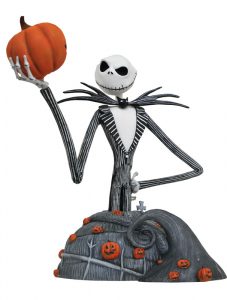 A Diamond Select Toys Release! Move over, elf – there’s a skeleton and a rag doll on the shelf! These highly detailed resin busts of Jack Skellington and Sally the Rag Doll from Tim Burton’s The Nightmare Before Christmas each measure approximately 6 inches tall and sit atop detailed bases depicting the buildings of Halloween Town. Limited to only 3,000 pieces each, they each come packaged with a numbered certificate of authenticity in a full-color, hand-numbered box. Sculpted by Joe Menna!