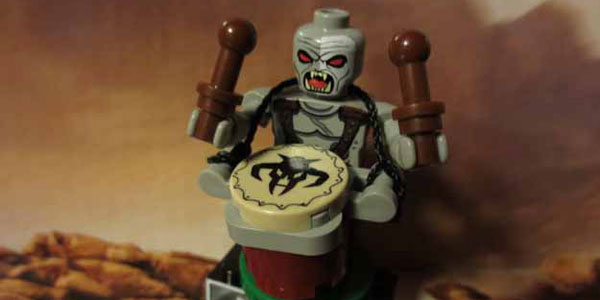 Hasbro’s latest Kre-O property is an epic mix of fantasy and gaming fun… Check out one of the Dungeons & Dragons Kreons hitting stores this December!

Hasbro’s NYCC pre-party showed off lots of cool new stuff, but one of the most intriguing was the upcoming Dungeons and Dragons Kre-O collection.  The full line of mini-figures and playsets will hit retail this December, but in the meantime I have the chance to check out one of the coolest blind bagged Kreons– the Orc War Drummer. 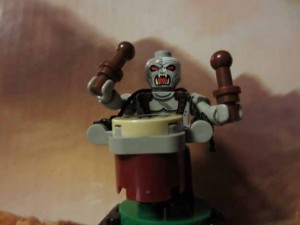 This little guy is severely cool– from his red eyes, sharp yellow teeth and half-painted face, this Orc is packed with personality.  Instead of traditional weapons, he comes packing his war drum– a kit made of about six pieces plus the two sticks– along with two stands, the standard Kre-O logo brick and a circular green stand, which seems to play into the D&D Kre-O game aspect.

The painted details and color choice on this Orc are fantastic, and his unique accessories suggest how diverse and deep Hasbro is planning to go with this property.  The figures are all new designs, with plenty of uniquely tooled new parts and mini-build accessories.

Dungeons and Dragons is a great new property for Kre-O, something that can stand shoulder to shoulder with other fantasy building toys like Mega Bloks’ World of Warcraft and Lego’s Chima and Lord of the Rings collections.  Adding a game dynamic to D&D only makes it more appealing, both as an added play value AND a nice nod to the roots of this long running franchise.

I can’t wait to jump into this exciting new line when it launches this Holiday season.  Thanks to Hasbro for giving us the chance to get an early look at this awesome Orc Kreon! 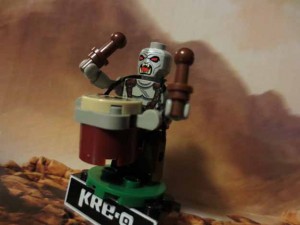 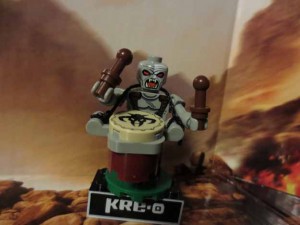 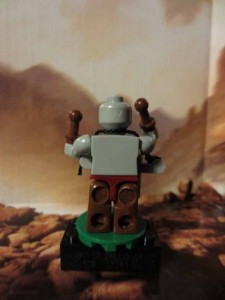 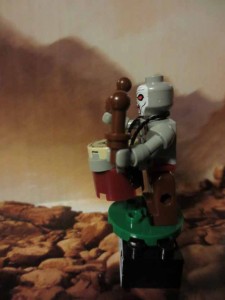 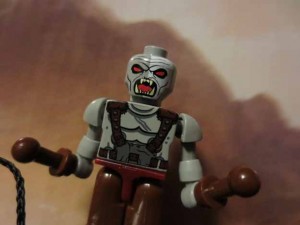 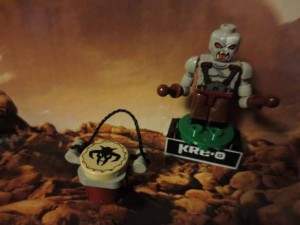 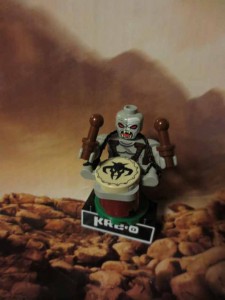 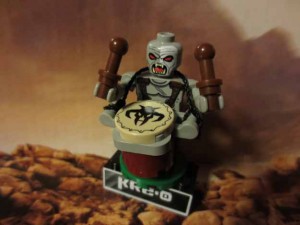