NECA Week: Dutch Gets Down & Dirty In Predator Series 9 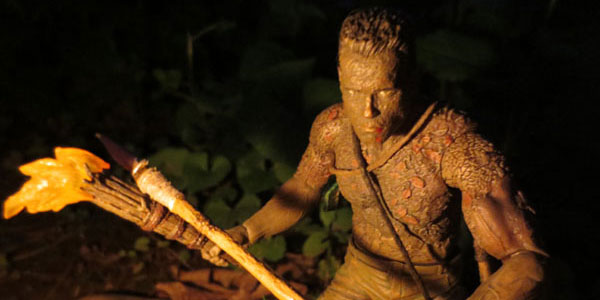 One of Dutch’s most memorable scenes is immortalized with a truly outstanding action figure by NECA.

NECA’s Predators toy line is becoming one for the ages, an example of how making all the right moves can turn a good property into a great toy line.  They accomplished this by delivering a smart mix of characters, all featuring great sculpts, good engineering, cool accessories and solid articulation.

The latest Dutch figure– the fourth we’ve now seen in the line– is kind of the perfect example of the stellar job NECA has done with this property overall.  In other words, Jungle Disguise Dutch is one amazing figure. 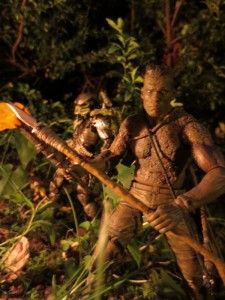 Dutch’s makeshift jungle disguise is one of the most iconic moments in the first Predator movie, so it’s not surprising that NECA would make a figure based on such a classic cinematic moment. They absolutely nail it here, with another uncanny Schwarzenegger portrait, and all new torso and upper arms and a whole mess of makeshift hunting gear. And all this is so well handled it’s tough to pick a best piece of this guy.

The most striking thing you’ll notice about Jungle Disguise Dutch is the amazing texture in his sculpt.  Every leaf and twig and grain of dirt Dutch smears on himself is realized perfectly, with an impressive amount of texture on his face and chest.  Small details make his look even better– I love the finger indents on his left shoulder, as if he ran his hand over an area of too dense caked-on mud.

The likeness of the action hero comes through strong, even under the layer of dirt and grime, with a determined look in his piercing eyes and a nice blood trickle stemming from the corner of his mouth, which breaks up the monochromatic brown of the figure’s upper half.  The paint work is great overall.  The browns used for his makeshift camouflage have a subtle variety that adds realism, and the natural shadows of the intricate details make Dutch stand out even more.  But that pants are the best part of the paint app– the thighs continue the mud-covered design, trailing off at about the knee.  This is without a doubt one of the best looking paint apps I’ve ever seen, as the cam colored pants show through the mud stains exactly as they would if this were real cloth.

Rounding out this great figure is his gear. Dutch comes packing a lot of cool stuff– a torch (with translucent flame), his makeshift spear, bow with arrows, and two unlit torches.  Virtually everything can store on the bow, which looks great slung over Dutch’s shoulder, and the detailing on each piece is as fantastic as the figure himself.

Predator is a line that’s seen a number of phenomenal figures, and Jungle Disguise Dutch is the latest among many highlights from the well-versed collection.  This figure is just such a win– he’s based on an iconic on screen look for our hero, features a sculpt that’s insanely detailed (even by NECA’s typical standards) and still remains incredibly fun to play with, thanks to his great accessories and excellent articulation.  Jungle Disguise Dutch will be the must-have figure among the latest Predators series, so if you’re a fan, you should puck him up soon… if you can spot him!

Jungle Disguise Dutch and the rest of Predator wave 9 are available now.  Check out NECA’s eBay store to get yours today! 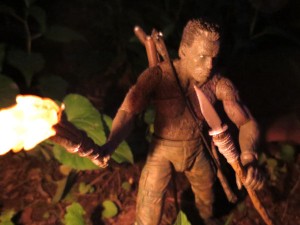 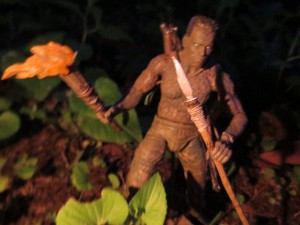 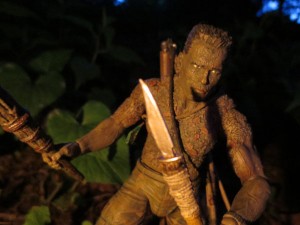 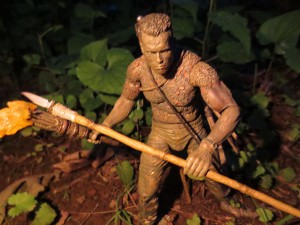 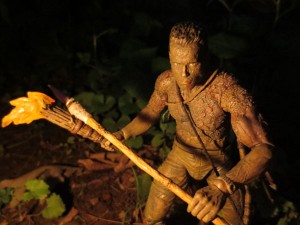 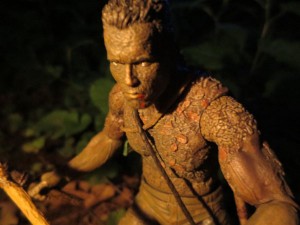 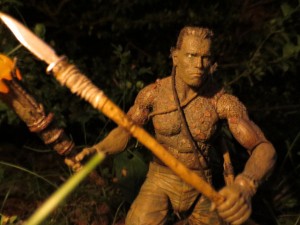 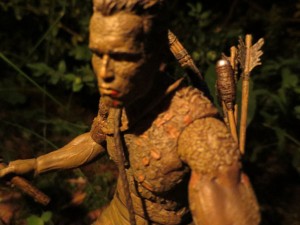 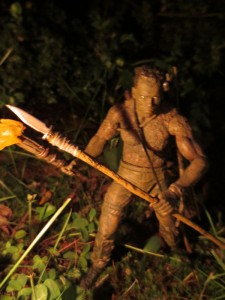 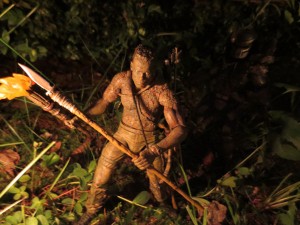 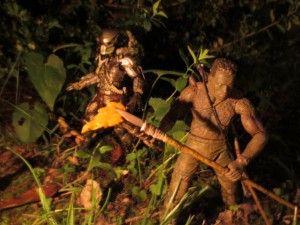 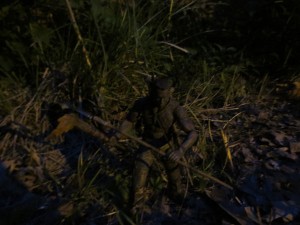 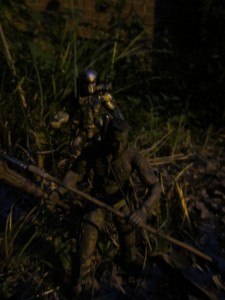 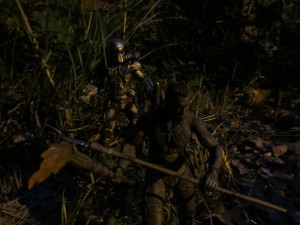 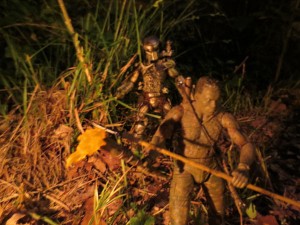 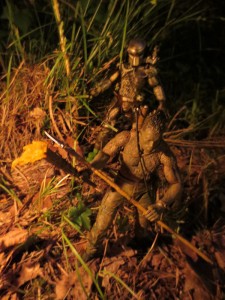 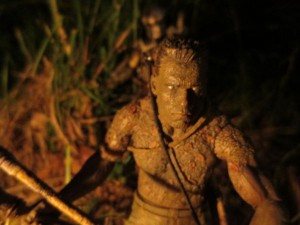 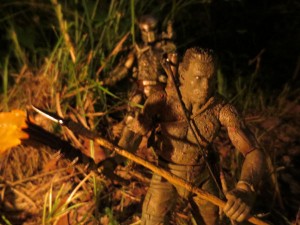 Check back all this week for reviews and more from NECA!