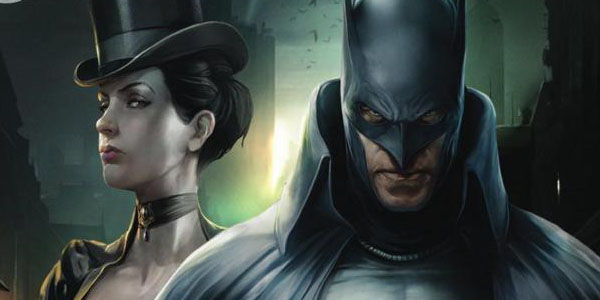 The Batman world gets transported back to the 19th century in the newest animated adaptation of the first Elseworlds book.

Whenever a famous story gets turned into a film there is a concern that things will be too different. Some comic book stories are year long arcs that make it impossible to fit it all into the film, but there is the other side to that issue, what do you do when you only have one issue to work from. There is not enough material to fill out a full length film, which means you have to add more to the story. There have been times when that has fallen apart, muddling the real story and disappointing fans. Batman Gotham By Gaslight is able to balance the source and add in more of Gotham to create a full and vibrant look at the city at the turn of the century.

What has been lost is the impact of the original story on the comic world. This is the first time that a character has been taken out of their time and reimagined. In today’s world it is common, from Gotham to Arrow the world of heroes are reinvented in almost any time. But it took a big risk to set Batman, the character known for his tech in a world before the computer. This pre steampunk version of the hero must use his mind and spy skills to get to the bottom of the murders in Gotham. Jack the Ripper is running around the new world, during Gotham’s “World’s Fair” and it is up to the Bat to stop him. Along for the ride are all the big names in Gotham. Gordan, Selina, Harvey, Alfred, and the Robins are all part of this tale.

Along with the movie you get a few classic DCAU episodes, a look at the next feature, and the history of this story. There are times when the behind the story and creators can feel stale, and just something added to make the Bluray have more value, but this time it’s a good history lesson about the world of Batman and the birth of Elseworlds.

**Thanks again to DC Animation for this review copy