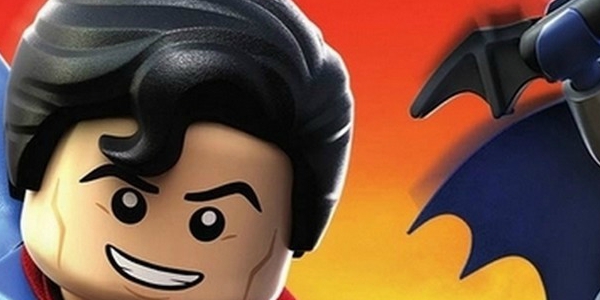 The latest film in the Lego Super Hero series is the right balance of humor, action, and nostalgia, appealing to even the most discerning DC fanboy and fangirl.

For the last few years Warner Bros. Animation, seeing the appeal of the Lego Batman video games, has taken steps to make the Lego DC property a legitimate multimedia franchise. Lego Batman, Superman, and their cohorts have been on everything from backpacks to sneakers since 2013, with the linchpins of the franchise being the one-two punch of video games and animation. Warner Bros. Animation has released three DC Lego straight-to-video feature films and an animated TV special, the first legitimately being all of the cut scenes from the Lego Batman 2 video game interspersed with new animated footage (it’s as weird and slightly disjointed as it sounds). Unlike many straight-to-video animated film franchises, however, the Lego DC output has gotten steadily better with each outing. This increase in quality is on display in full force in Lego DC Comics Super Heroes: Justice League – Attack of the Legion of Doom.

First and foremost the premise of Attack of the Legion of Doom is simple yet timeless, as it should be. One of the things that has hindered the previous two straight-to-video outings in my opinion is a need to make the storylines way more detailed and convoluted than they need to be. With Attack of the Legion of Doom DC and Warner Bros. get back to straightforward heroes – versus – villains plotting, which should have always been the case seeing how these animated films should serve the purpose of being accessible to parents and children.

The plot: Lex Luthor is fed up with the Justice League (Batman, Superman, Wonder Woman, Green Lantern, Cyborg, and The Flash) thwarting all of his evil plans. His frustration leads him to create his own cadre of super villains to finish the Justice League once and for all – The Legion of Doom (Black Manta, Sinestro, Captain Cold, Gorilla Grodd, Cheetah, and Luthor himself with some agile puppeteering courtesy of Darkseid).

A very fun, action-packed animated feature that maintains the tone and feel of classic DC comics and shows like Superfriends while carving its own unique path. The voice acting has always been a area of strength for this franchise and Attack of the Legion of Doom is no exception. Troy Baker has been a fine animated Batman over the last few years, John DiMaggio has been a very solid Lex Luthor in multiple animated incarnations, and legendary voice talents like Mark Hamill, Khary Payton, Tony Todd, Cree Summer, and Kevin Michael Richardson round out a cast that sounds like they are truly having fun with the material and not taking themselves too seriously. Attack of the Legion of Doom also boasts the best overall Lego-esque visuals of the series thus far; it looks just that much more crisp and bright than its predecessors.

All in all Lego DC Comics Super Heroes: Justice League – Attack of the Legion of Doom is really well done. It’s fun and engaging in the most classic of ways. I for one hope the franchise continues in this direction, because I now feel that the films are the perfect compliment to the video games in not only image but overall style.

Note: The version of this film that was supposed to come with a special Trickster figure seems to have been canceled. No word as to why but if we do find out we’ll let you know.

Thanks to WB Animation for this copy to review.