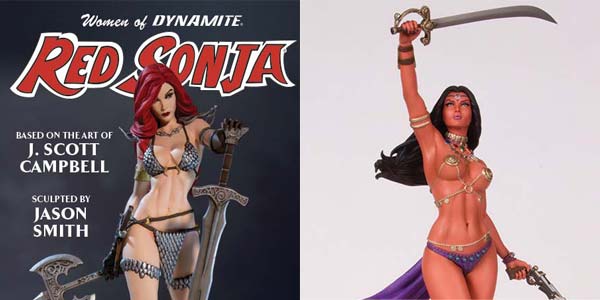 The Women of Dynamite collection kicks off with two great statues based on iconic pulp heroes Red Sonja and Dejah Thoris.

It’s no secret that women have been criminally under-represented in the vast majority of sci-fi, fantasy and comic book history, but there have been at least some shining examples of the awesome female characters to come since the beginning.  Dynamite is celebrating two of these classic icons as they launch a new Women of Dynamite statue series, which will debut with Dejah Thoris– one of the main characters in the Warlord of Mars series– and Red Sonja.

Both statues will stand about 12″ tall, and they look outstanding.  Sonja is based on art by J. Scott Campbell, whose work seems a little too stylized to have this be a “definitive” Red Sonja statue in my opinion, but the aesthetic translates well to three dimensions, and Jason Smith’s sculpt definitely nails it.  I love the battle-ready pose here, from Sonja’s steely gaze to that pretty wicked battle axe, and even MORE wicked broadsword. 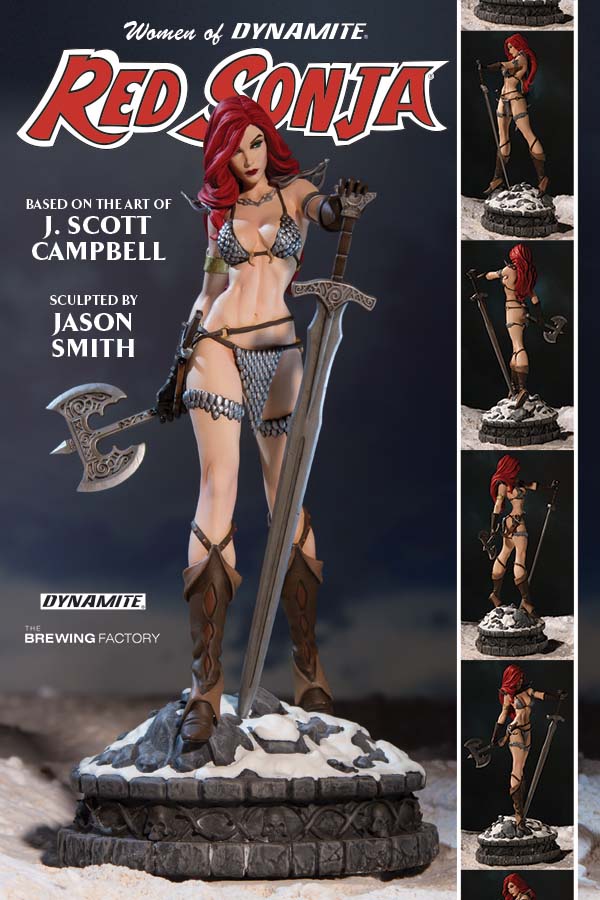 Dejah Thoris is also sculpted by Jason Smith, though you’d barely know it, comparing these two characters.  Thoris sports a much more traditional style, and feels like the perfect 3D rendering of a pulp cover long forgotten.  Despite her (character appropriate) shortage of clothing, the Princess of Mars conveys a regal air of power as she looks skyward toward her raised Martian sword. 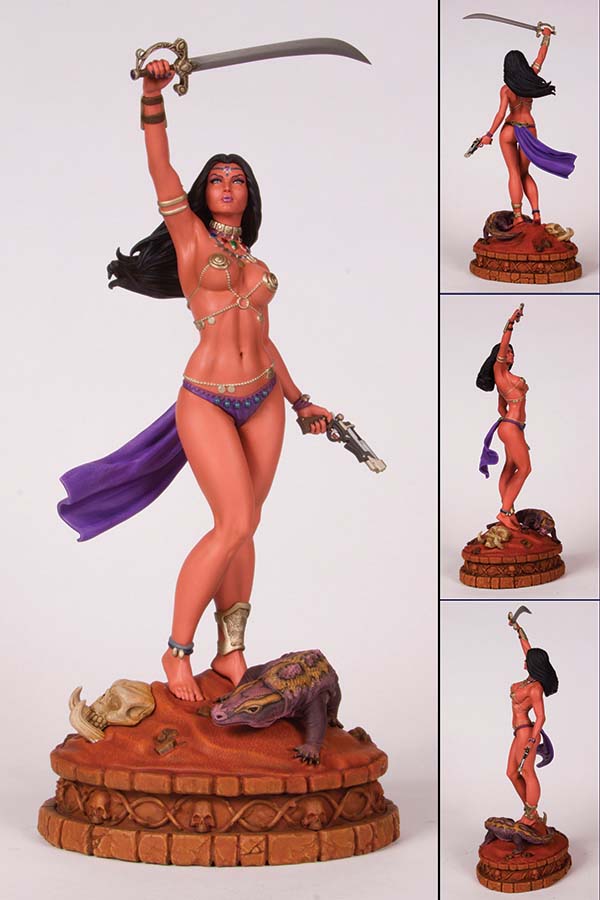 I’m curious who Dynamite will tap for the next installment of this series, but I’ve gotta say, they’re off to a stellar start, from the look of Red Sonja and Dejah Thoris!  You can read more on both statues, and the Women of Dynamite collection, below:

The heroines Red Sonja and Dejah Thoris (of the Warlord of Mars franchise) have long been cornerstones of the Dynamite brand, and hold iconic status in the realms of fantasy and science fiction. Now, Dynamite Entertainment proudly honors their impact on pop culture with gorgeous, timeless statues, adding them to the brand-new Women of Dynamite line.

First up, comes Red Sonja, the She-Devil with a Sword, poised on a snow-covered battlefield, never having looked so majestic! Based on the original design of comics sensation J. Scott Campbell and sculpted by the talented Jason Smith, Hyrkania’s most lethal warrior stands approximately 11.5″ in height upon a decorative 5.5″ wide base. Hand-painted on cold-cast porcelain with ABS details, this highly-detailed statue comes individually numbered as part of a limited edition run, and is packaged in a four-color box with a hand-numbered Certificate of Authenticity.

For the Dejah Thoris statue, Jason Smith and the team at the Brewing Factory poured over the very finest creator illustrations to find just the right inspiration, resulting in this gorgeous statue based on Frank Cho artwork, measuring 12″ high (to the tip of her sword) and 4.5″ deep, with a 6″ base. Hand-painted on cold-cast porcelain with ABS details, each statue is individually numbered as part of a Limited Edition run, and comes packaged in a four-color box with a hand-numbered Certificate of Authenticity. Let the original heroine of science fiction grace your collection with her exotic beauty!

“Dynamite Entertainment has published so many great characters over the years, and Red Sonja and Dejah Thoris are easily two of our most well known,” says Dynamite CEO/Publisher, Nick Barrucci. “The previous Red Sonja statues have sold out so quickly, and we’ve never had a Dejah Thoris statue, so as we continue to grow our line of collectibles, these two are an obvious choice for new 3D renditions.”

Each statue was painstakingly rendered in incredible detail by Jason Smith, and will be released in August and September respectively, carrying a price tag of $189.99 each.