Get Ready For The Return of Eagle Force 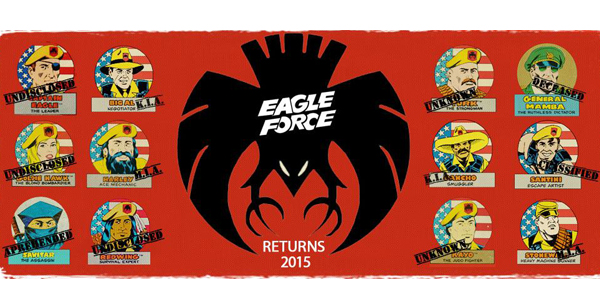 Fresh Monkey Fiction, Zica Toys and Boss Fight Studio are primed to bring back the OTHER real American heroes.

A team of highly skilled, specialized military heroes, taking on a ruthless terrorist organization… if that premise sounds a little familiar to you, then either A) You’re aware GI Joe is a thing, or B) You know about Eagle Force.

Back in the early 80s, Joe wasn’t the only army toy in town, and Mego’s contribution was an interesting line of figures, vehicles and accessories called Eagle Force, which featured a squad of uniquely skilled (and costumed) soldiers who faced off against the evil General Mamba and his forces.  The figures were kind of awesome– smaller and not quite as articulated as the GI Joe figures of the time, what sticks out in the minds of many collectors was the unique gold metallized paint jobs the Eagle Force all wore.  It gave the figures a really cool, uniform look, while also skewing them a bit farther from reality than GI Joe was at the time. 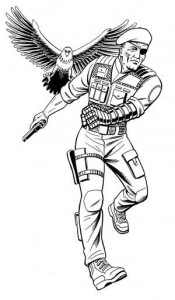 While there has been no presence of Eagle Force since Mego went under (these were among the last toys they produced, and Eagle Force’s second series never even became a reality), that’s all about to change.  Fresh Monkey Fiction (creators of the Amazing Heroes toy line) and Zica Toys have teamed up to resurrect the long-dormant property, and they’ve enlisted some top-tier creators to help.

The new Eagle Force figures will be 3.75″ scale, so they will finally mesh with GI Joe figures, and the rebooted line will feature all new sculpts by Boss Fight Studio.  But to give this relaunch the proper retro flair, the new Eagle Force is also bringing back Paul Kirchner, the illustrator who designed the original characters for Mego.

Why go through the effort?  While the concept of the line hasn’t been fully revealed just yet, it seems the new line will actually continue the story years after the vintage line.  Some characters will have disappeared, some others have died, new faces will be added… the concept here is pretty comprehensive, and I definitely dig it!

In a year when Hasbro will once again most likely keep GI Joe on the back burner, the return of Eagle Force should help to fill that void in many Joe fans’ hearts.  Eagle Force is scheduled to return with a Kickstarter campaign launching later this year.  You can see some initial concept art and Boss Fight’s figure designs in the gallery below… and be sure to follow Eagle Force on Facebook for the latest news. 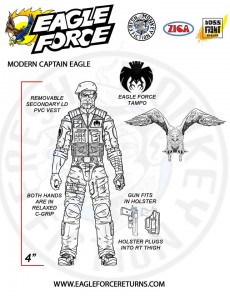 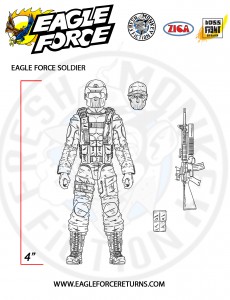 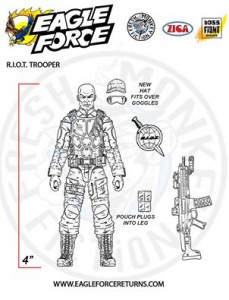 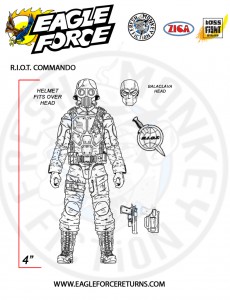