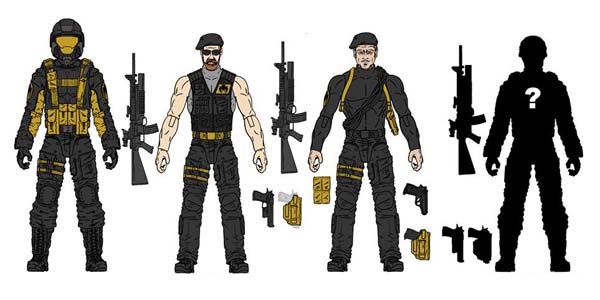 The Eagle Force Returns Kickstarter campaign is coming very soon, and from the looks of their awesome display at this year’s Joe Con, Fresh Monkey Fiction and Zica Toys have their plans pretty locked up.  And the new line promises to be something as special as we have been hoping for.

In addition to the figures that have already been revealed, new characters made their debut including Baron Von Chill II (son of the original BVC), Kayo, an Arctic Assault R.I.O.T. Commando, a Vulture Squadron R.I.O.T. Pilot, Count Von Chill, and new main villain Ultima Thule.

Also revealed for the first time were four figures that will serve as stretch goals in the Kickstarter campaign: a black and yellow deco Eagle Force Trooper, vintage Eagle Force team members Zapper and Cat, and Takedown’s Thunder Unit, a soldier under the command of Takedown, who will be the character revealed in the Eagle Force trading card collection.

Perhaps the coolest– and certainly most surprising– news was the playsets planned for Eagle Force Returns, which look incredible.  These include a Communications Adventure Pack, complete with an awesome retro-style communications console, and a new version of the Eagle Island Play Set, one of the coolest playsets ever made.

Below you’ll find a few images Eagle Force Returns has shared… you can check out more photos of their Joe Con display over at Hiss Tank, who are covering everything at Joe Con 2016. 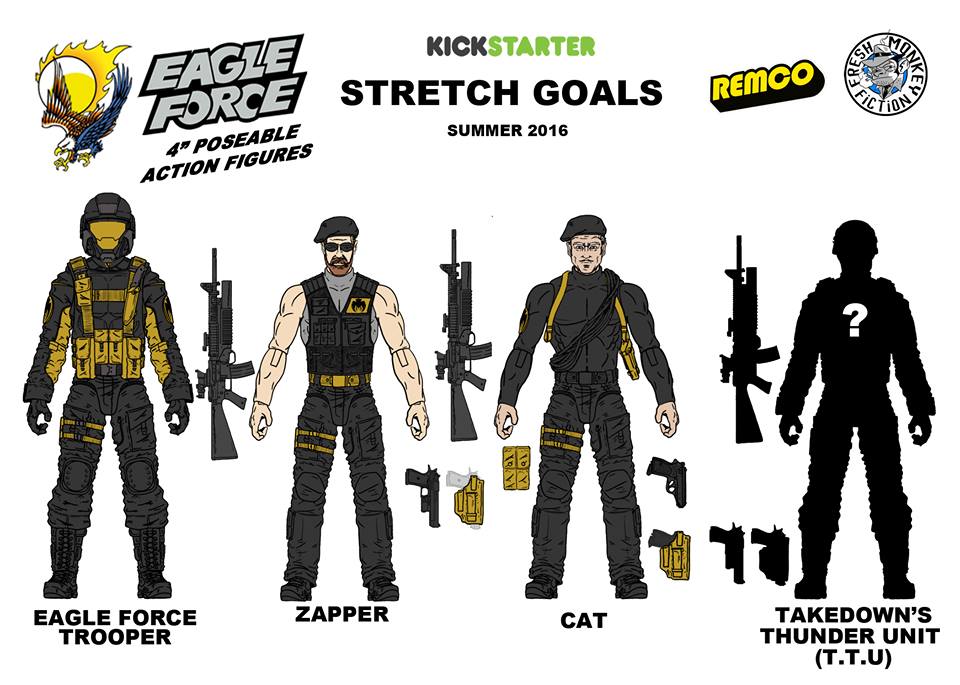 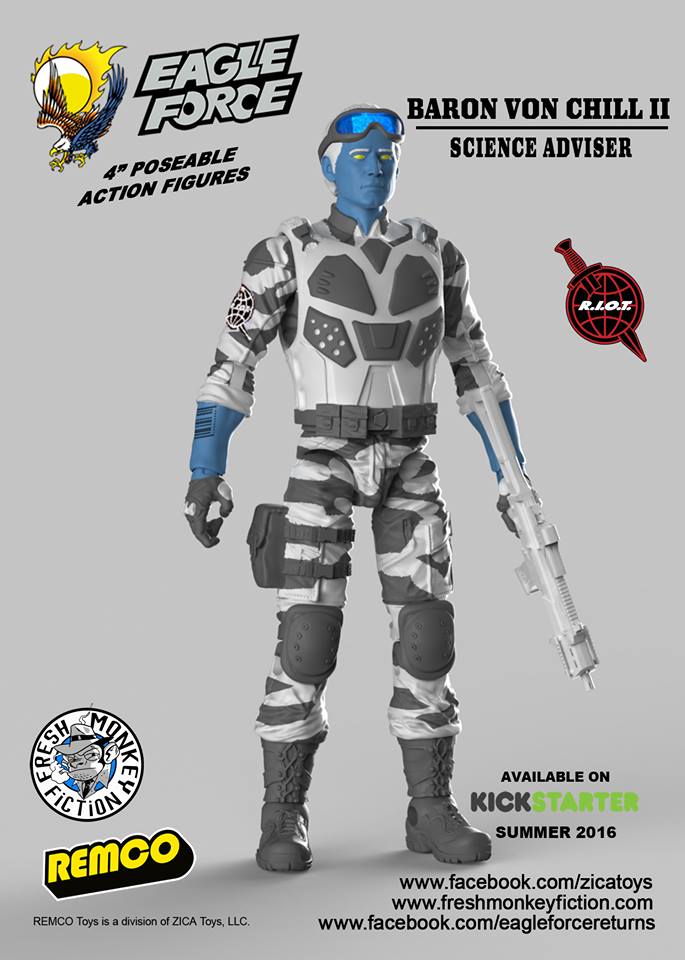