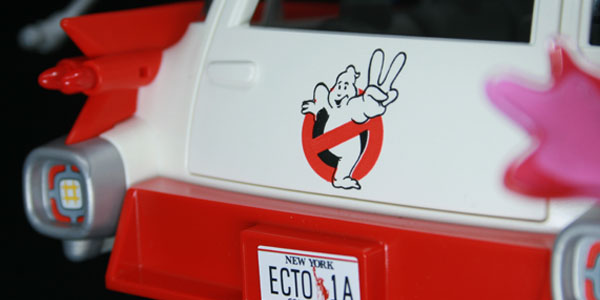 Playmobil sent us an upgrade to Ecto-1 to celebrate the 35th anniversary of Ghostbusters.

Ghostbusters has proven to be the perfect property for Playmobil, and they have excelled at capturing the intricate details and inherent playfulness of the classic movie series in toy form. The crowning jewel of the Playmobil Ghostbusters line has always been the amazing Ecto-1 vehicle, which is getting the Ghostbusters 2 treatment as part of Playmobil’s tribute to the 35th anniversary of the franchise.

As it was in the movie, the base of the new Ecto 1-A is the same as the original car, a white and red hearse with lots of fun accouterments on top to assist in ghost-busting. These gadgets and bits of unexplained technology have increased on the 1-A model, adding gear such as a satellite dish as well as fun stuff such as a pair of placard boards advertising the Ghostbusters’ return (Playmobil very cleverly included lenticular motion stickers to replicate the scrolling LED messages seen in the movie).

The overall vehicle remains sturdy, solid, and super-fun to play with. The set, while intricate, goes together very easily (I assembled mine in under an hour), and it includes some cool features like storage areas for the Ghostbusters’ proton and slim blasting packs and a ghost trap. Plus, two buttons on top activate that iconic siren sound and two sets of flashing lights that look great when activated.

What’s an Ecto 1-A without some Ghostbusters? Unlike the original vehicle, this new edition includes all four Ghostbusters, in slight variations of their previously-released grey jumpsuit looks. Winston gets a pink slime-coated vest, Ray gets a full head of hair not encumbered by his goggles, and Egon gets a new, more elaborate PKE Meter to hold. I like that between this set and the upcoming Ghostbusters Collector’s Edition 4-pack, it will be very easy to get ahold of all four ‘Busters from either film, even years after their initial release.

In terms of accessories, the set is also quite loaded. In addition to all the cool stuff going on with the car itself, we also get two Proton Packs, two Slime Blaster Packs with vests, a PKE Meter, a Ghost Trap, and a hologram pyramid that works with the Playmogram 3D app, allowing you to project a virtual ghost for the toys to interact with.

The original Ghostbusters will always be my favorite in the franchise, but I still have a soft spot for the sequel, too. I’m happy to see Playmobil giving this movie it’s time in the spotlight, and the Ecto 1-A is the ideal one-off set to give you everything you need in terms of toys from Ghostbusters 2. 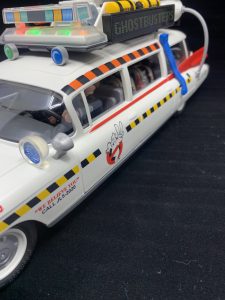 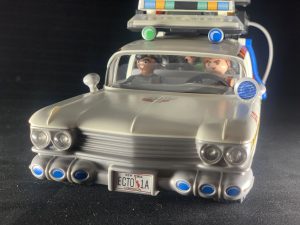 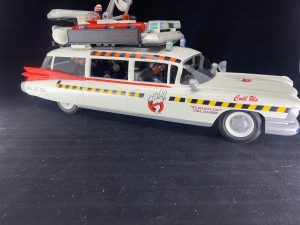 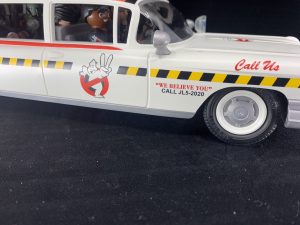 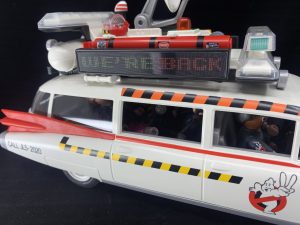 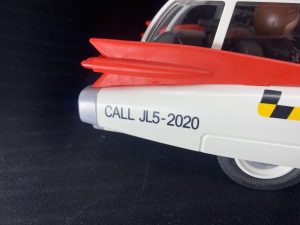 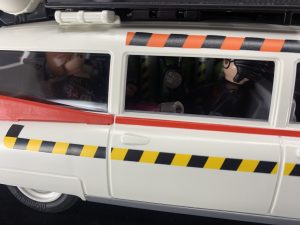 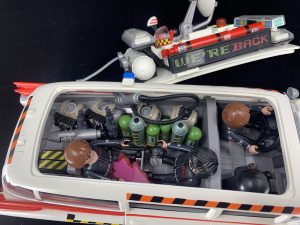 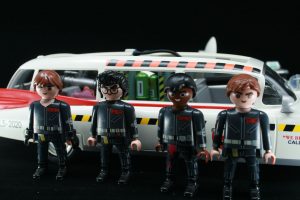 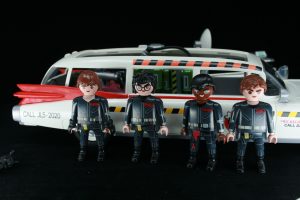 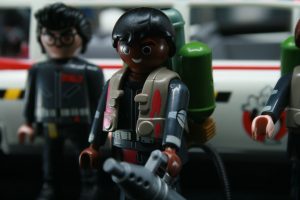 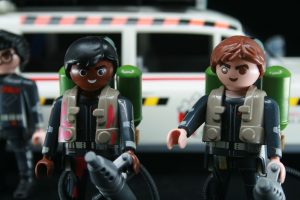 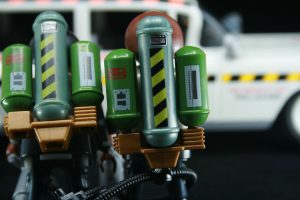 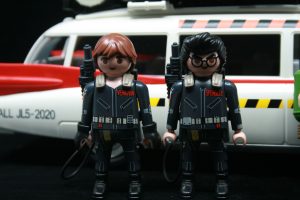 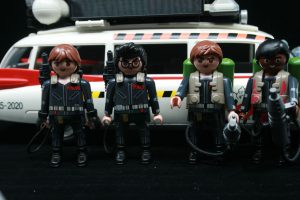 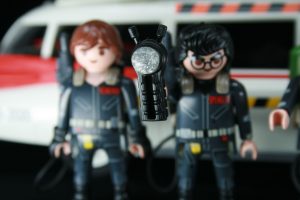 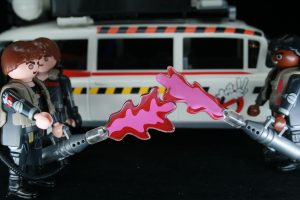 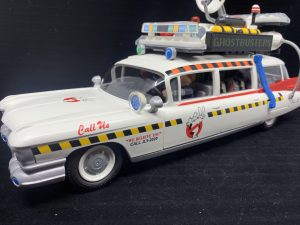 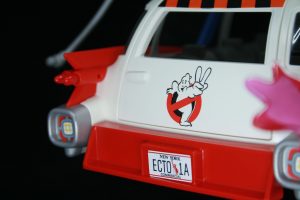 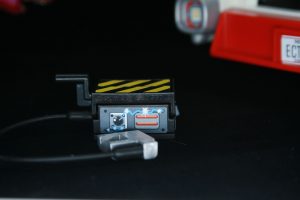 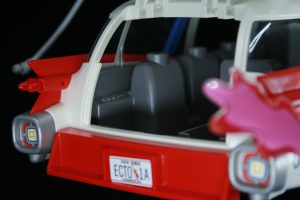 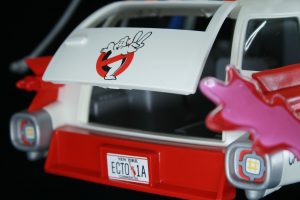 Thanks to Playmobil for providing us with the Ecto 1-A to review! Look for this set and more Playmobil Ghosbusters 35th Anniversary products at stores this June.