A First Look At Edgar Wright’s The World’s End 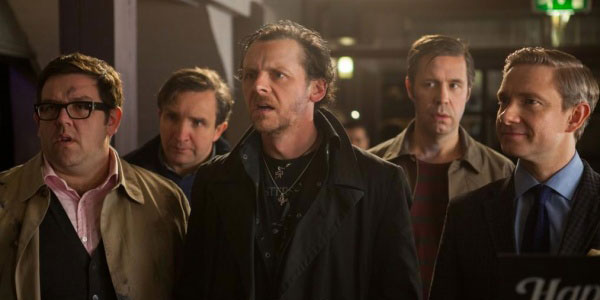 Just in time for the actual end of the world (insert eye roll here)!

So it looks like the whole Mayan Apocalypse thing will be officially debunked in a matter of hours, but there’s been a few rad instances of capitalizing on THE END OF THE WORLD as a springboard for some cool nerd news.  The first bit is the announcement that Edgar Wright has completed filming of The World’s End, his upcoming third and final film in the “Blood and Ice Cream Trilogy” along with Simon Pegg and Nick Frost.  And the first image from the new movie has been revealed!

It doesn’t tell us much, aside from assembling a rather impressive junior division of THE LEAGUE OF BRITISH ACTORS, but following up on Shaun of the Dead and Hot Fuzz, I don’t need much to get excited about this movie.

Now, to play the guessing game of when we’ll get our first trailer– I think that will give us a much clearer picture of the awesomeness we are likely in for.