Will Eisner Week 2016: The Spirit Jam

In 1981, fifty different comic creators came together to tell one heck of a story of the Spirit.

Kitchen Sink Press, run by Denis Kitchen, was producing the Spirit magazine. In it was, for the most part, reprints of old Spirit stories. And during it’s run, included 2 new Spirit stories by Will Eisner.

But then in issue #30, something amazing happened. Over fifty comic creators for all different types of comics, paid homage to the Spirit. The story has been affectionately referred to as the Spirit Jam!

It was an amazing issue. All these creators just coming together to pay homage to the Spirt and Will Eisner.

The plot was very loose. It had to do with a lost script for the Spirit and then just kind of took off from there. Each writer and artist participate in it. Some would have a page or two. While others only would have a single panel. Just take a look at a few pages: 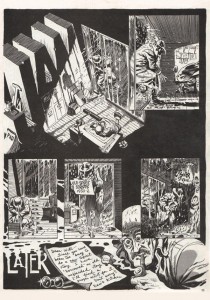 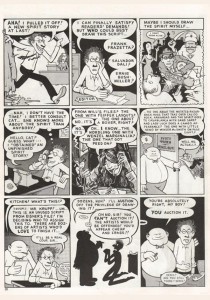 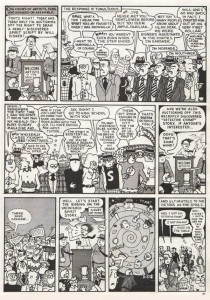 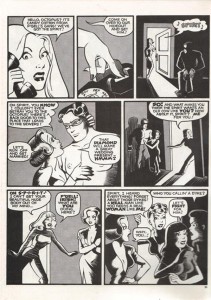 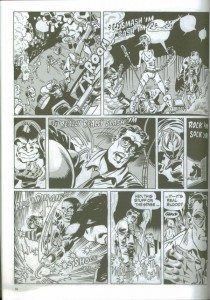 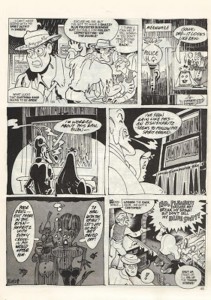 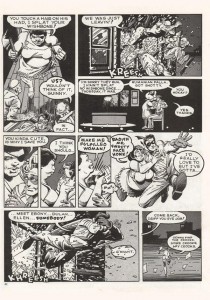 It’s definitely one of my favorites and just so memorable. If you look around you should be able to still find a copy. I can’t recommend it enough!