Did MOTU Eldor Get Spoiled?!? 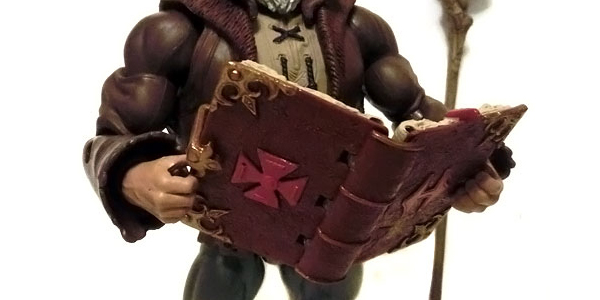 Fans of the Master of the Universe Classics line had another figure spoiled ahead of the official Mattel release, thanks to Toymag.com. But is it really a spoiler?

Last week test shots of the figure popped up online and now a painted version with all his accessories is featured on the ToyMag site. Overall fans are happy with the look, which gives nods to the original design and looks similar to the version in the recent mini comic. The figure was teased at Toy Fair when his book was one of the extra accessories Mattel added to the MOTUC figures on display.

Mattel is staying quiet about the reveal, but I’m sure they are not happy with the early release of images. Some fans are calling for Mattel to take legal action against the site for posting the images, and some are happy to just see something new and cool. So what do you think, should people reveal these figures before the company has time to do it properly?