Elizabeth Olsen May Play The Scarlet Witch In Avengers 2 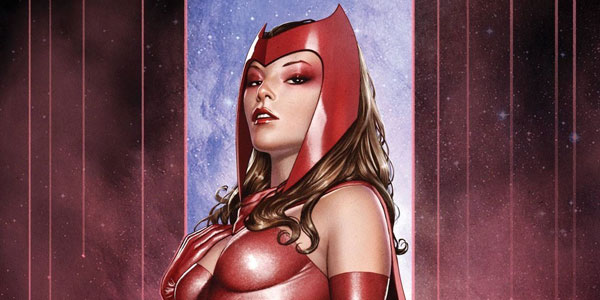 Joss Whedon continues casting with pedigree for his Avengers sequel.

According to this report from Bleeding Cool, Elizabeth Olsen– younger sister of Mary Kate and Ashley– may be the next actress on deck to play the Scarlet Witch in Joss Whedon’s Avengers: Age of Ultron.  Olsen is supposedly being eyeballed after Saoirse Ronan passed on the role.

What these two young women have in common is a strong set of acting chops– they’ve both had some remarkably powerful roles that belie their young age, and I think either one–especially Olsen, who was stunning in Martha Marcy May Marlene— could easily pull off a character as complex as Wanda Maximoff.

Of course, Whedon’s take on the character will likely be liberal, since Fox is not likely to allow her comic book dad Magneto from being mentions, but according to Bleeding Cool’s story, Wanda WILL have her appropriate European accent (having been raised in Marvel’s fictitious European nation Transia along with her brother Quicksilver).

I’m stoked to see further casting developments for Whedon’s sequel, especially if they are of this same caliber of actors.  And this would be a big, commercial win for Olsen… although with her appearance in next Summer’s Godzilla on deck, she might not even need that exposure.