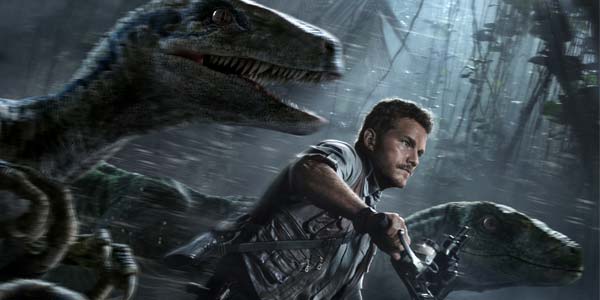 At this point you’re either with Chris Pratt and his raptor posse… or you’re against them.

Here’s the thing I’ll say about Jurassic World, in the context of its most recent trailer, which dropped earlier this week– this franchise is not some sacred, beholden text.  It’s easy to cry “look how far we’ve fallen” but when you really think about it… what is this series, really?  The first movie’s appeal was the pure Spielberg-ian spectacle of it all, a movie that set fire to our imagination with its breakthrough FX work and an immeasurably talented director at the very top of his blockbuster game.  But really, Jurassic Park was based on a schlocky airport novel by Michael Crichton, one whose plot was lazily lifted from his own Westworld, by simply replacing robot cowboys with genetically engineered dinosaurs.  The Lost World was utter garbage (in both book and movie form) , and Joe Johnson’s Jurassic Park 3 was charmingly high camp… which, really, is all we see on display in the new trailer for Jurassic World.

This new teaser pretty much proves we’re not going to get much of the little kid spectacle that made Spielberg’s film the best thing to ever carry the “Jurassic” surname… in fact, this movie looks incredibly stupid.  Chris Pratt’s performance here suggests he’s playing the post-Star Lord character who “cool guys” envision when they hear his name now… meaning he appears to be a less charming, less personality-driven version of his normal self.  There is so little of Bryce Dallas Howard here, I can’t even formulate an educated decision on whether she really is playing the 1940’s stuck-up ice queen trope that has come under so much scrutiny over the past few weeks.

But on the other hand… DINOSAURS!  The effects work in this trailer is a huge step up from the awful CGI of the first trailer, and despite all the eye-rolling corniness that stuffs this trailer– and a slight wistfulness for the days when CGI dinosaurs running amok was enough to stir me on that purely sociopath/child mind level– there’s still a LOT of great looking dinosaur-on-dinosaur action going on here.  Imperious Rex might be the silliest “what has science done?” movie villain of in the past decade, but this is not enough to dissuade me from wanting desperately to see said silly genetic abomination wreaking havoc as it tears through man and CGI animal alike.

So, I’m in for Jurassic World, a movie that will say nothing, mean nothing, but feature a ton of dinosaurs tearing each other new ones… and I don’t care. 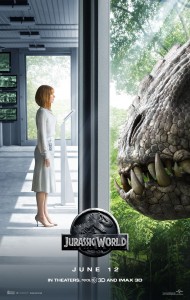 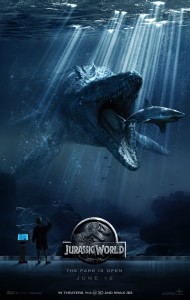 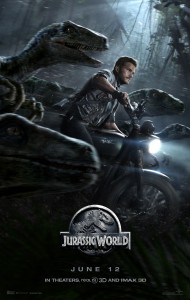