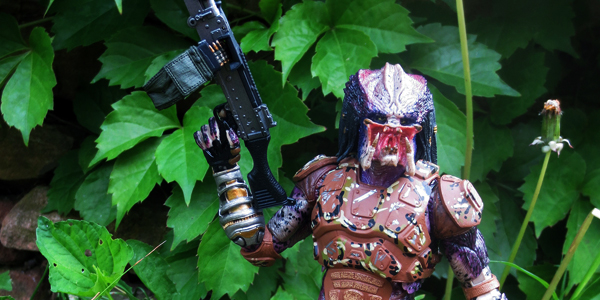 The Emissary Predator, the first concept figure based on Shane Black’s The Predator, makes you wish he was in the movie.

I love that the team at NECA, in addition to being highly talented and inventive toymakers, are also moviephiles. It never shows through more than when they drop a “concept” figure, based on an unused design or scene from a film. Emissary Predator 1 is one such figure, and this human-friendly Yautja is such a strong design, I’m very glad NECA gave him the toy treatment despite his getting cut from the final production.

This creature is one of two “Emissary” Predators who came to Earth to ally themselves with humanity, and they were intended to join the Loonies in their fight against the Assassin Predator in the movie’s finale. The Emissaries wound up on the cutting room floor, either due to pacing/ editorial decisions, or just plain incompetence (The Predator is, after all, a pretty bad– and badly made– movie). Would the film have been better with the Emissaries? We’ll never know, but I can say their character designs are awesome, and NECA’s figure captures their unique hybrid look perfectly.

The Emissary wears very distinct armor which echoes human military body armor, but to proportions and specifications of the Yaujta. The figure shares some parts with the Fugitive, but you’d never know due to the newly sculpted armor and accents such as the camouflage pants the creature wears. The paint work is fantastic, from the multiple camo patterns on the body armor and pants, as well as the eye catching purple-black of the Predator’s skin tone, which sports a sheen that makes him seem quite organic, in a reptilian or amphibious way.

Like many Predators, the Emissary includes several alternate hand poses to grip weapons, and a second masked head. Each of these parts are easily interchangeable; the figure is definitely sturdy enough to withstand multiple parts swaps… although the paint on the wrist pegs started to chip on mine when I switched out hands, so perfectionists may take some issue here.

Rather than including the standard Yautja weaponry, though, the Emissary comes packed with a machine gun, which further bridges the gap between alien hunter and human soldier, while diversifying the Predator shelf display with his uniqueness. The second Emissary will be released later this summer, meaning we’ll soon be able to celebrate these intriguing designs in toy form, even if we never got to see them on the big screen. Then again, considering the quality of the final film itself, maybe the Emissaries are better left in our imaginations, and on our toy shelves.

Thanks to NECA for providing us with this sample for review! 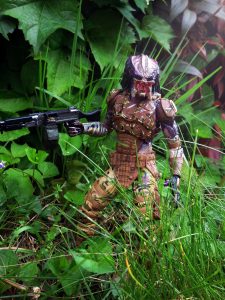 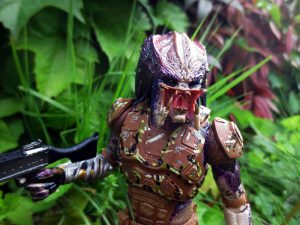 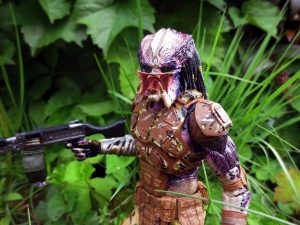 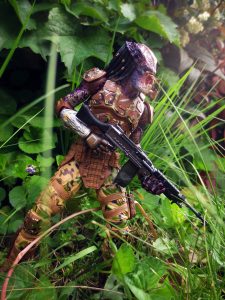 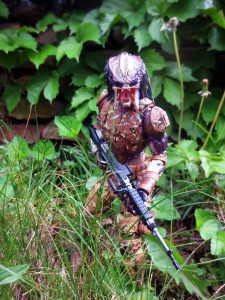 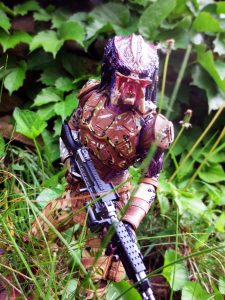 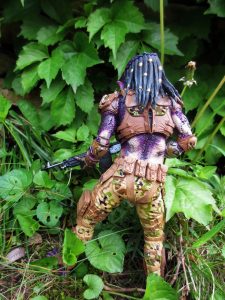 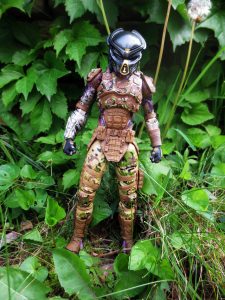 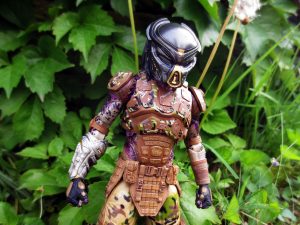 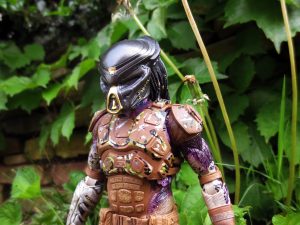 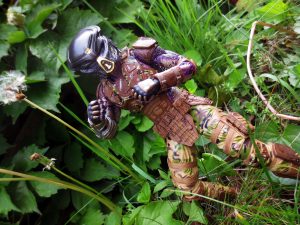 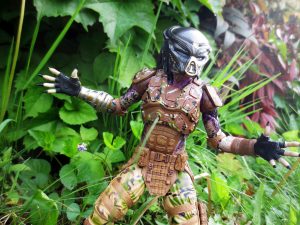 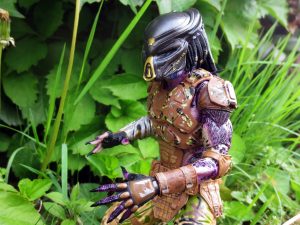 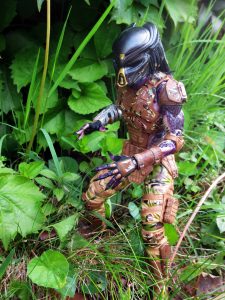 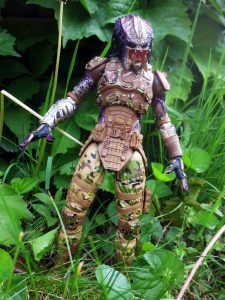 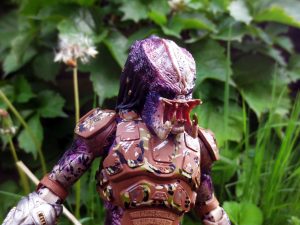 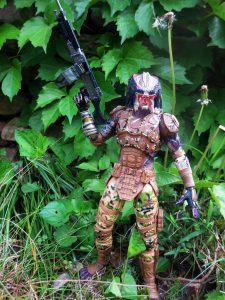 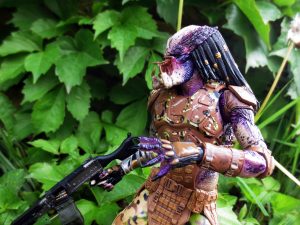 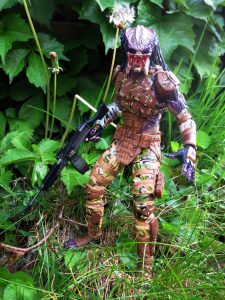 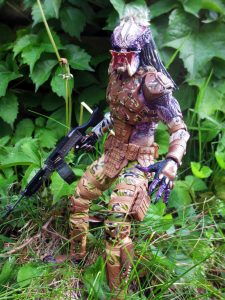 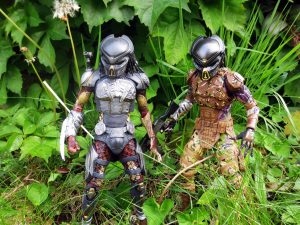 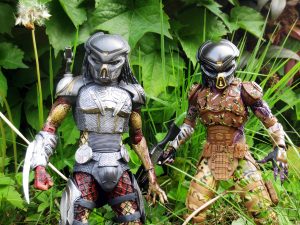 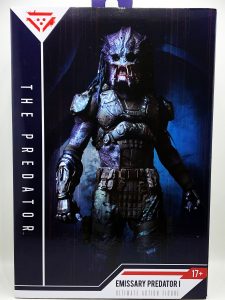 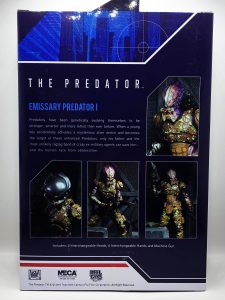 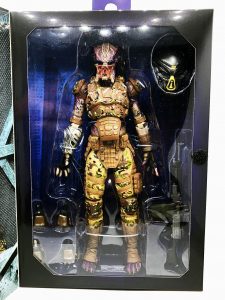