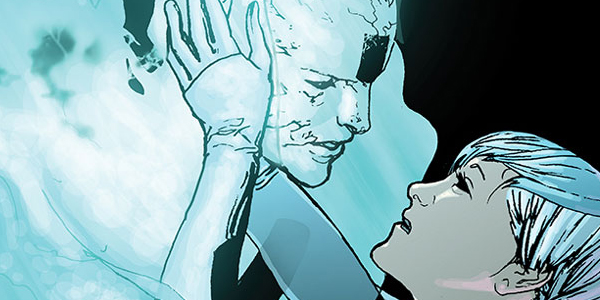 As someone who has never heard of the The Death-Defying Dr. Mirage before, I jumped at the chance to start reading something new. I was’t sure what to expect, but trust me when I say I was pleasantly surprised. I am going to try to avoid spoilers since I think anyone interested in this should go in blind, to get the full experience.

First off the art in this piece was quite thrilling. In a rare instance modern comics, the art actually informed the feel and tone of the comic, while it conveyed the the different styles for the individual characters. It gave readers good idea what kind of characters they were with just a glance. The backgrounds had plenty of detail to look at, as well as a few easter eggs for anyone with a keen eye and a knowledge of ancient history.

The main character, Shan, while not entirely fleshed out in her first outing (I mean come on, it’s just a debut) was very well written. It is uncommon these days to have a strong female character who is presented to audiences without having her expose a significant amount of skin, so it was refreshing to have an attractive, strong female character whose wardrobe was not reminiscent of a the Mortal Kombat females. It opens with a very realistic, true to our times scene which pretty much tells you this character is grounded.

The best part was the surprise that awaited deeper in the issue. With a title such as The Death-Defying Dr. Mirage, one would assume it was going to be all about magic, but you would be right and wrong at the same time. There was some magic, but the piece excels in mixing it with the adventurous tones of Indiana Jones or more fittingly, Tomb Raider. The easiest way to describe this would be a globe trotting Dr. Strange, with Lara Croft and Constantine along for the ride.

The only setback in the issue was the lack of feeling for the supporting/background characters. Most of the people Shan interacts with seem to be written as your regular mogul with suspicious wealth hiring a well known professional to find them something important. Leo is the only standout supporting character for me and I think it was by design only.

I definitely recommend anyone with a hunger for new and original material to give this book a read. It catches your interest, and sets up a beautifully drawn world and ends with a promise of more to come. Which in my opinion is what any #1 issue must be able to achieve.