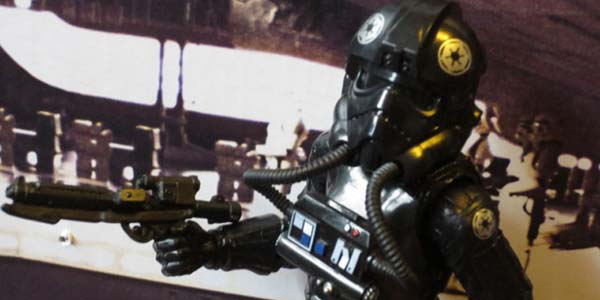 The legions of the Empire expand with the Black Series’ Tie Fighter Pilot.

Hasbro has been making some very good choices in terms of their 6″ Star Wars Black Series.  The core character selection has been diverse and interesting (finally, we have a line that did not launch with farmboy Luke!), their focus has remained largely on the Original Trilogy, and they’ve been getting pretty aggressive with releasing Imperial troop builders.  The latest addition to the latter category is the Tie Fighter Pilot, and he’s another winner.

The Tie Pilot is another great, iconic design, with his modified Stormtrooper helmet and breathing apparatus, and all-black uniform which serves as a nice compliment to the white armor of most of the troopers.  This figure looks great on his own, and integrates well with his fellow Imperials, with a good sense of scale and great range of motion in his articulation. 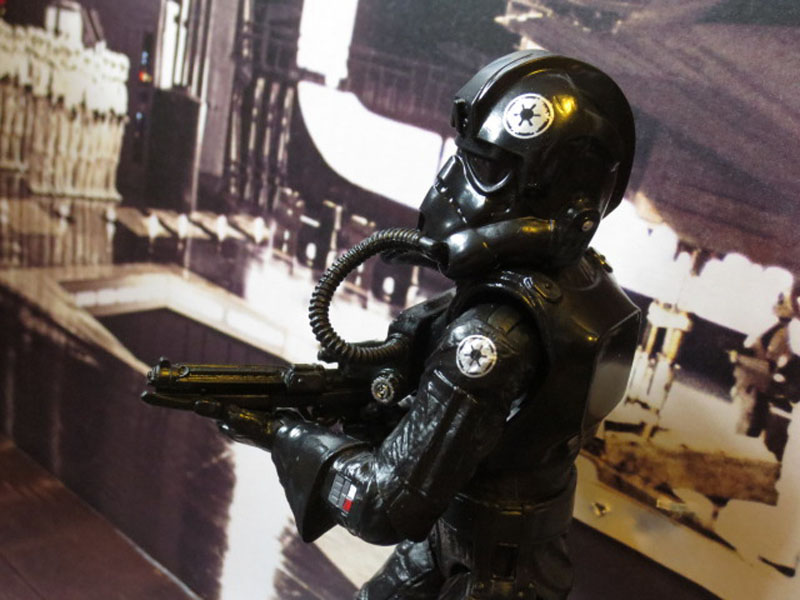 I like the simplicity of the all-black uniform of this figure, which is broken up by the silver Imperial insignias and red, blue and white marking on his breather and shirt sleeve.  Despite the simple color pattern, the pilot’s sculpt is nicely detailed, as well, with a natural bagginess to the flight suit to add realism and sleek, stark line work for the armor and pilot gear.

This figure was a smart addition to the line, as well, because I can already see how Hasbro’s team will reuse some of these pieces when they expand to include Imperial crew members or even officers, which should work very well on parts of this same base body.  In the meantime, though, the Tie Pilot is great on his own, as another big winner in this perpetually exciting toy line.

Our friends at Mike’s Comics N’ Stuff have the Tie Fighter Pilot and the rest of Star Wars: The Black Series 6 in stock now.  Click Here to order yours today. 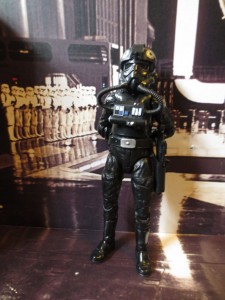 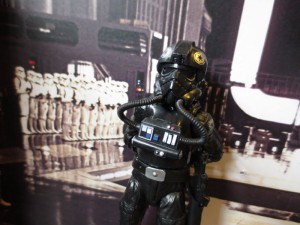 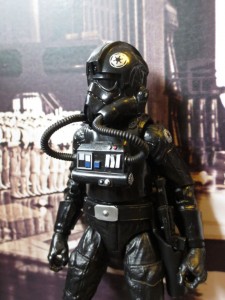 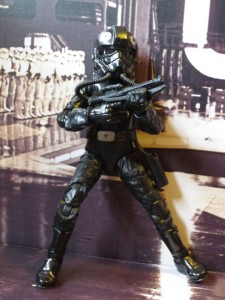 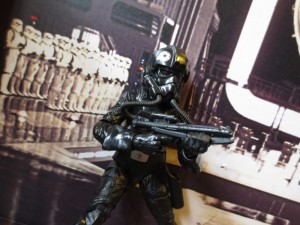 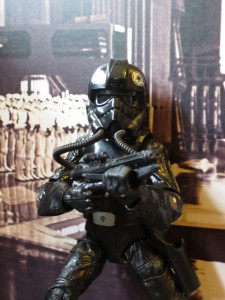 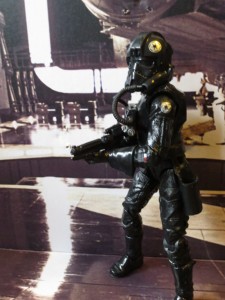 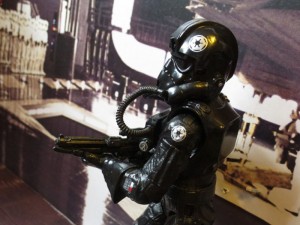 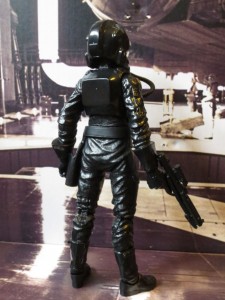 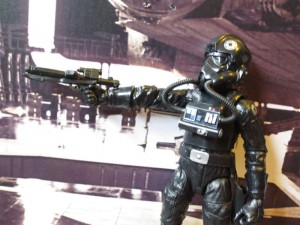 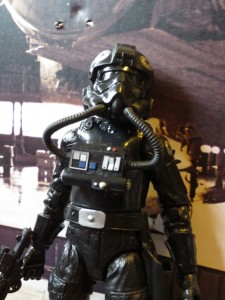 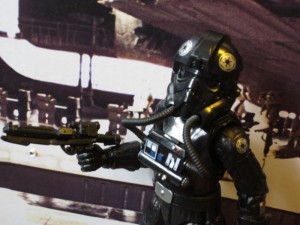 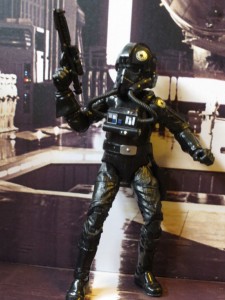 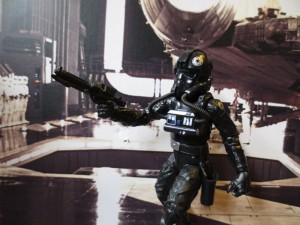 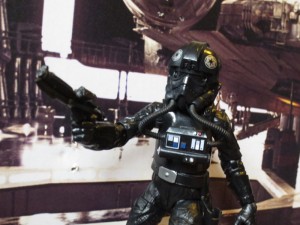