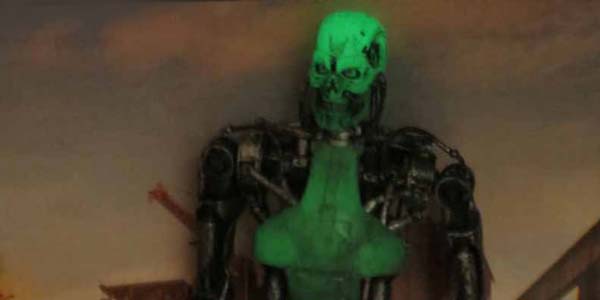 He did say he’d be back.

Let me paint you a mental picture– it’s 1991, and James Cameron’s T2: Judgment Day has delivered what remains to date the best installment in the Terminator franchise.  A few months after the movie hit theaters, Kenner made the delightfully morally questionable decision to release a line of action figures based on the hard R instant sci-fi classic.  One of those figures was called the EndoGlow Terminator, a variant of the iconic T-800 Endoskeleton, cast in dark grey plastic with glow-in-the-dark highlights.  Let’s be honest– the only thing more unsettling than an unstoppable cybernetic killing machine is one that glows.

The EndoGlow Terminator ran the gamut of everything that was cool to the early 90s toy collector… he was based on a movie we’d all seen (but maybe probably shouldn’t have at the time), he featured an amazing character design, and HE GLOWED IN THE GODDAMN DARK.

Clearly, I was not the only one enamored by Kenner’s creation, because NECA has paid tribute to this figure of yore with their Comic-Con exclusive EndoGlow Terminator.  Just like the 90s toy, the new figure is a battle-ready T-800, complete with glow-in-the-dark plastic on his chest, head, and legs.  The rest of the figure sports gunmetal grey paint apps, making him a shade darker than the other T-800 figures NECA has released.  It’s actually a nice balance, because this guy can now fit in with your standard, movie-accurate Terminators, or stand apart as a clear homage to the original Kenner toy.

The sculpt is great, although we’ve seen it before.  EndoGlow uses the second, more movie accurate T-800 sculpt NECA designed, which is rife with fine details and loaded with articulation.  From the skull-like head to the layered circuitry within its chest, this figure is remarkably intricate, with a real sense of depth and dimensionality in its working pistons and the movable panels on the abdomen and shoulders.

NECA’s version of the EndoGlow includes the same glowing feature as the vintage Kenner figure.  Hold the toy up to direct light for a few seconds, then move it to the dark and it glows bright green.  The gimmick is really fun, a great throwback to the original, and adds to the cool factor of this Terminator.  Unlike the vintage figure, the new EndoGlow Terminator comes packing a standard rifle, instead of its flame thrower.  That would have required new tooling, and while I’ll always miss a unique accessory, I think NECA made the right call by opting to focus on the glow-in-the-dark feature and the vintage blister card packaging instead of the weapon.

The packaging also serves as an homage to the Kenner toy line, with a very similar aesthetic, and the now-familiar Kenner-style NECA throwback logo.  The back of the blister card features new images of every Terminator toy NECA has released to date, in the same framework as the Kenner toy line featured on its cardback.

When it comes to classic Kenner toys, NECA has certainly proven they know their stuff, and the EndoGlow Terminator is another perfect example.  This is a great concept for a Con exclusive, due to the unique and totally fun new colorway applied to a previously tooled figure, and it makes for a very cool homage to an old school toy many of us still hold fond memories for.  Will NECA’s Kenner Terminator collection continue?  The toymakers have certainly had success with their Kenner Predator line, and this seems like a golden opportunity to ride the nostalgia wave in another cool, well earned direction.  Time will tell… but whether he’s the start of another new must-own sub-line, or simply a fun one-off release, the EndoGlow Terminator is well worth adding to your collection.

Thanks to NECA for giving us the chance to take a look at this awesome new Terminator toy! 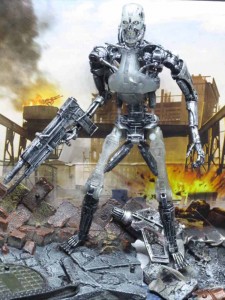 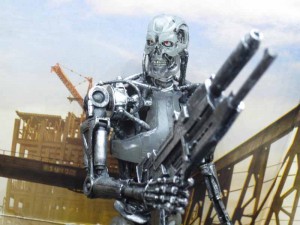 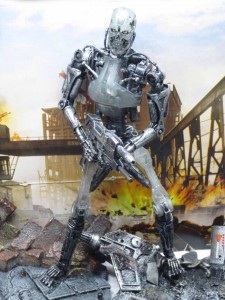 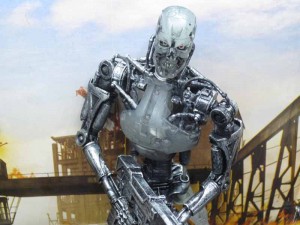 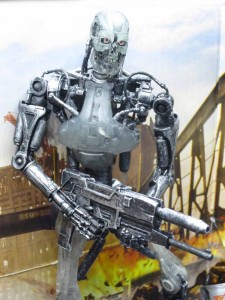 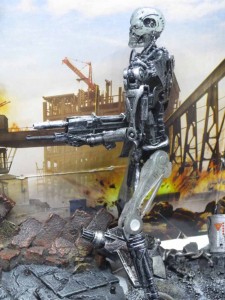 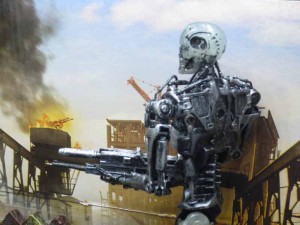 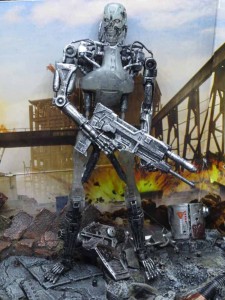 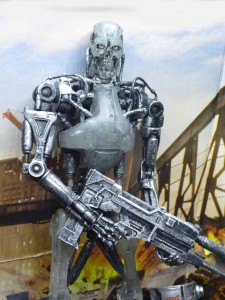 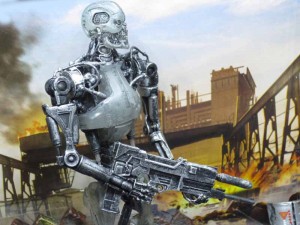 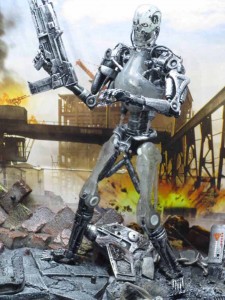 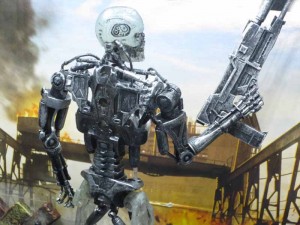 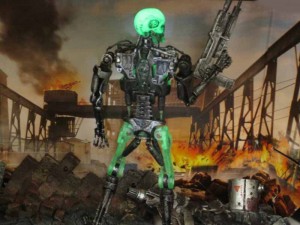 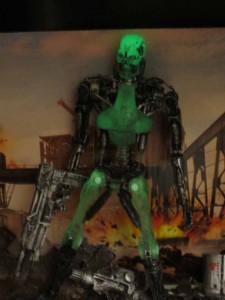 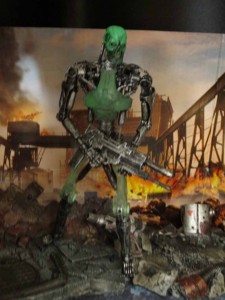 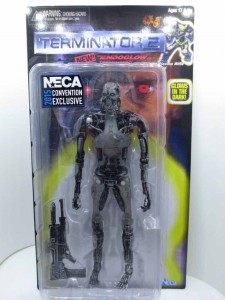 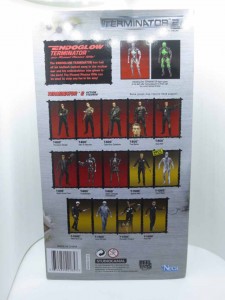 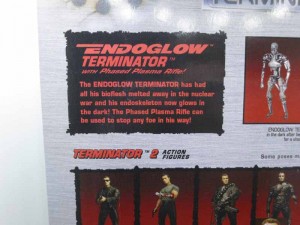