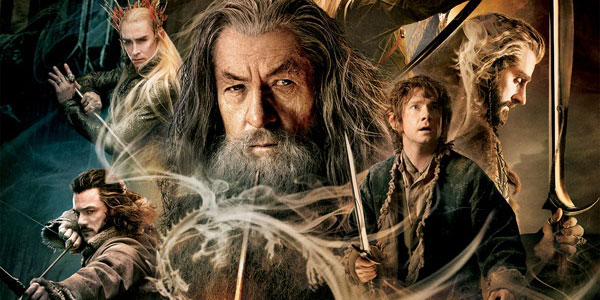 The Hobbit: Desolation of Smaug gets a shiny new trailer!

Yesterday was a special Hobbit Fan Appreciation Day, so a new poster and trailer dropped for the upcoming second chapter in the trilogy, The Desolation of Smaug.  There’s lots of new footage on display here– Elves!  Dragons!  Orcs!– but the whole thing carries a strangely dark and dour atmosphere.  That’s strange for such an inherently silly and whimsical story (and first movie, for that matter)… so I’m curious if Peter Jackson’s sequel will actually opt to get uncharacteristically heavy or if that’s just marketing?

In any event, the new sneak peek still has me excited to see this movie, and offers a better sense of how far into the story we’ll get in these (probably) three hours.  And as if to counter-balance the grim trailer, we also get treated to a new Gandalf-themed poster, which has the exact kind of whimsy missing from the clips.  You can see the new poster below… I love the smoke stemming from Gandalf’s pipe, assuming the form of the terrible dragon.  It’s cool, and has that exact high fantasy sort of feeling the trailer was lacking. 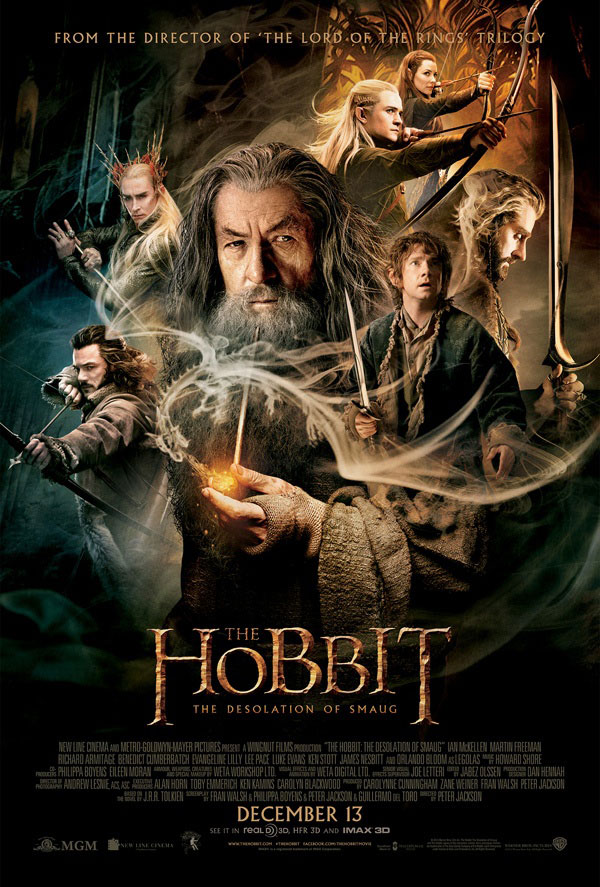 Somehow, it’s already November… and that means Desolation of Smaug is fast approaching.  Start working out those butt muscles now, because there’s gonna be some LONG sitting sessions in the theater next month!