NEW EPISODES OF DOCTOR WHO ON BLU-RAY & DVD

Doctor Who: The Husbands of River Song Available February 23, 2016

It’s the end of an era for Jenna Coleman as she completes her multi-season run as the Doctor’s companion, Clara, in Doctor Who: Series Nine, Part Two, available on Blu-ray & DVD on January 26 following an action-packed run on BBC AMERICA (U.S.) and SPACE (Canada). And on the heels of the recent cinema event, River Song has her first encounter with the Twelfth Doctor in Doctor Who: The Husbands of River Song, on Blu-ray & DVD February 23. 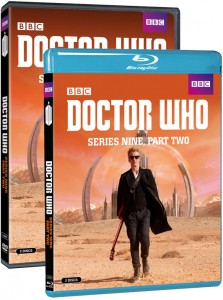 The Twelfth Doctor (Peter Capaldi, The Musketeers) and Clara (Jenna Coleman, Death Comes to Pemberley) wrap up their adventures together in Doctor Who: Series Nine, Part Two. In Jenna Coleman’s final episodes, the Doctor and Clara must overcome some of their greatest challenges yet or risk losing everything. The action-packed season features old friends and new monsters, including the return of fan-favorites Osgood and Kate Stewart (Ingrid Oliver and Jemma Redgrave), as well as a new episode by writer Mark Gatiss (Sherlock). The season aired on BBC AMERICA in the U.S. and SPACE in Canada. Bonus content includes four Doctor Who Extra behind-the-scenes specials.

“It’s Christmas. It’s Doctor Who. What more do you need?” – Vulture

DOCTOR WHO: THE HUSBANDS OF RIVER SONG 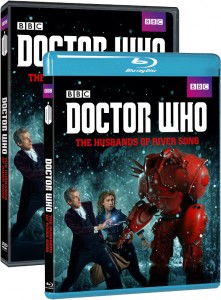 The feisty time traveler River Song makes her highly anticipated return to Doctor Who in the 2015 Christmas special. The Husbands of River Song premiered on BBC AMERICA in the U.S. and SPACE in Canada, and was also featured in theaters across the U.S. and Canada in a special cinema event. Now BBC Home Entertainment releases the episode on Blu-ray and DVD for the first time, with bonus content including a behind-the-scenes special and an interview with Alex Kingston and Steven Moffat. 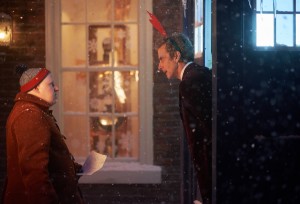 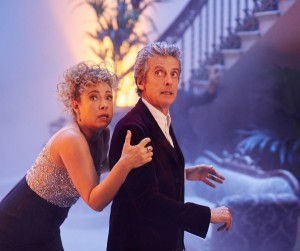 It’s Christmas Day on a remote human colony and the Doctor (Peter Capaldi, The Musketeers) is hiding from Christmas Carols and Comedy Antlers. But when a crashed spaceship calls upon the Doctor for help, he finds himself recruited into River Song’s (Alex Kingston, Arrow) squad and hurled into a fast and frantic chase across the galaxy. King Hydroflax (Greg Davies, The Inbetweeners) is furious, and his giant Robot bodyguard is out-of-control and coming for them all! Will Nardole (Matt Lucas, Bridesmaids) survive? And when will River Song work out who the Doctor is? All will be revealed on a starliner full of galactic super-villains and a destination the Doctor has been avoiding for a very long time.

The special marks the first time River Song meets her husband’s new incarnation in the form of Peter Capaldi. River Song made her first Doctor Who appearance in 2008 in Silence in the Library and Forest of the Dead and has appeared in 15 episodes to date.

The Husbands of River Song was written by showrunner, lead writer, and executive producer Steven Moffat (Sherlock), produced by Nikki Wilson, and directed by Douglas Mackinnon (Doctor Who,Sherlock). Doctor Who is a BBC Cymru Wales production for BBC One and a BBC AMERICA co-production.