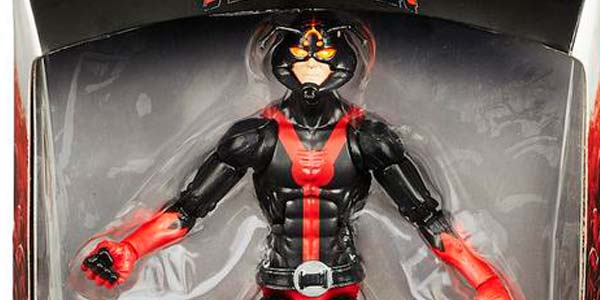 Last year saw the release of the first Walgreens exclusive in Hasbro’s Marvel Legends collection with Agent Venom, and Marvel just made the announcement that this year’s figure will be the debut appearance of Eric O’Grady to the Legends line.

Ant-Man is sporting his Secret Avengers uniform, which inverses the traditional red and black costume, and he looks pretty great!  I like the use of the skinny modern Spider-Man base body, which will give Ant-Man a unique look when on display with his fellow Avengers.

Marvel’s tweet mentions July 20th as a date, but it’s unclear if that’s the street date for the figure, or just when the preorder will go live on Walgreens.com.

Check back later today, as our Comic Con coverage begins, and we’ll be digging for answers straight from Hasbro about this figure and lots more Legends action in the months to come!