Everything Old Is New Again: Diamond Brings Back Battle Beasts 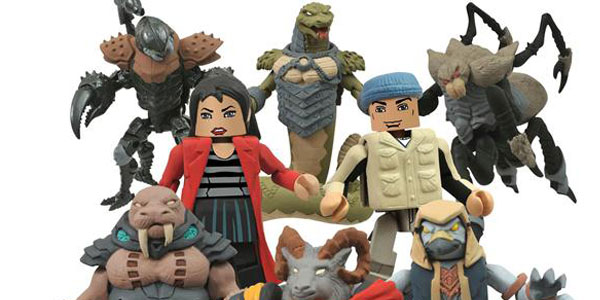 Battle Beasts are back thanks to IDW and Diamond, and starting next February there will be one more toy line that demands your money.

Battle Beasts were one of the best toy lines of the 80’s.  To say I was obsessed with the weird anthropomorphic animals decked out in battle armor would be putting it lightly– these things were like plastic crack; I absolutely needed to amass the full army.

I couldn’t tell you the names of any of those gladiatorial creatures, but I still have fond memories of the hook-handed bat dude, and the white whale guy in a fuschia mech suit.  They were weird, packed with personality and completely awesome.

Diamond has been trying to resurrect the brand for a while now, and they made their pre-debut with a two pack of Minimates at Comic Con, but now the full assortment– along with the new comic series by IDW– are prepped for takeoff.

The new collection are built on the Minimates model Diamond loves so much, but there’s so much original sculpting on top of those blank bodies you barely notice… 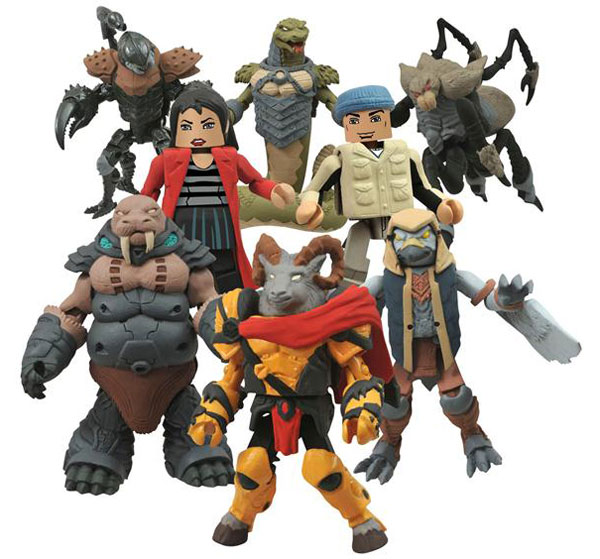 That walrus guy will be mine, as soon as humanly possible.

A Diamond Select Release! Designed and Sculpted by Art Asylum! From the mind of Art Asylum and the pages of the IDW comic book comes the first series of Battle Beasts Minimates! This assortment of two-inch warrior animals includes exclusive, comic-colors versions of Vorin the Ram with Scorpion and Merk the Falcon with Spider, as well as short-packed sets of Gruntos with Tate and Snake with Bliss. Human characters Tate and Bliss are only available in this assortment, so don’t miss out! Each Minimate stands 2 inches tall with 14 points of articulation and a variety of removable and interchangeable parts and accessories. Create your own hybrid animal combinations!

If you’re as anxious for these to come out as I am, Big Bad Toy Store has the first wave up for pre-order now… Click Here to reserve yours today.