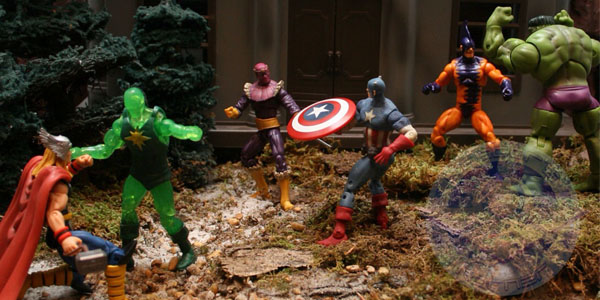 The San Diego Comic Con exclusives for the Marvel Universe line will give fans some highly requested villains to build their own Masters of Evil.

In today’s toy world shared parts is the norm, so it’s no surprise that the figures in this set are made from mostly shared parts. What makes this set worth the price and energy to track down is what Hasbro has done to hide those shared part, making these figures look unique. 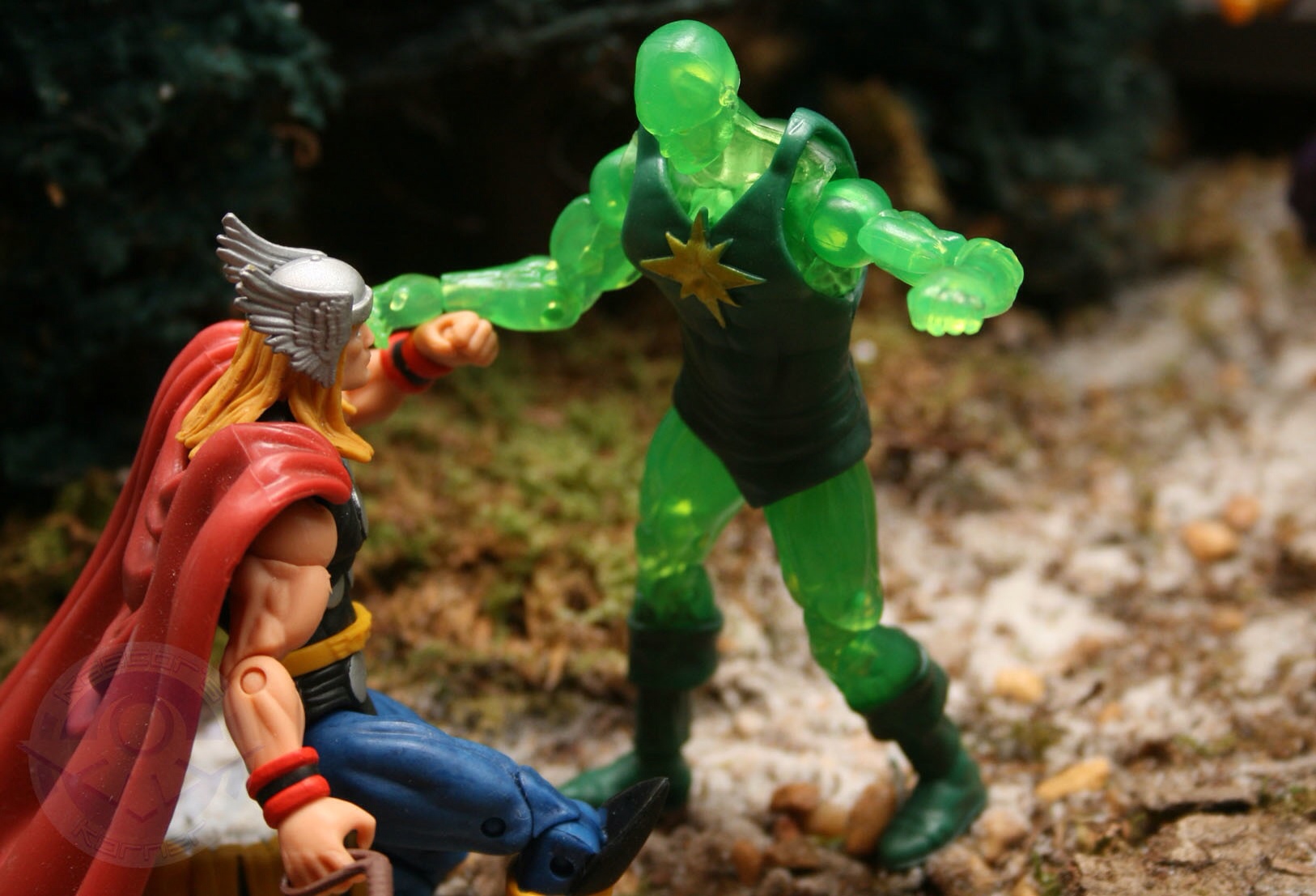 Radioactive Man shares parts with the larger figures in the MU line. What sets him apart from the other big guys is the material used for the figure .His parts are cast in translucent green plastic, with the exception of his boots. He appears to share a face sculpt with Prof. X , but I’m sure until actually see them side by side. The only criticism of the figure is the large T-shirt that hinders any movement of his torso. 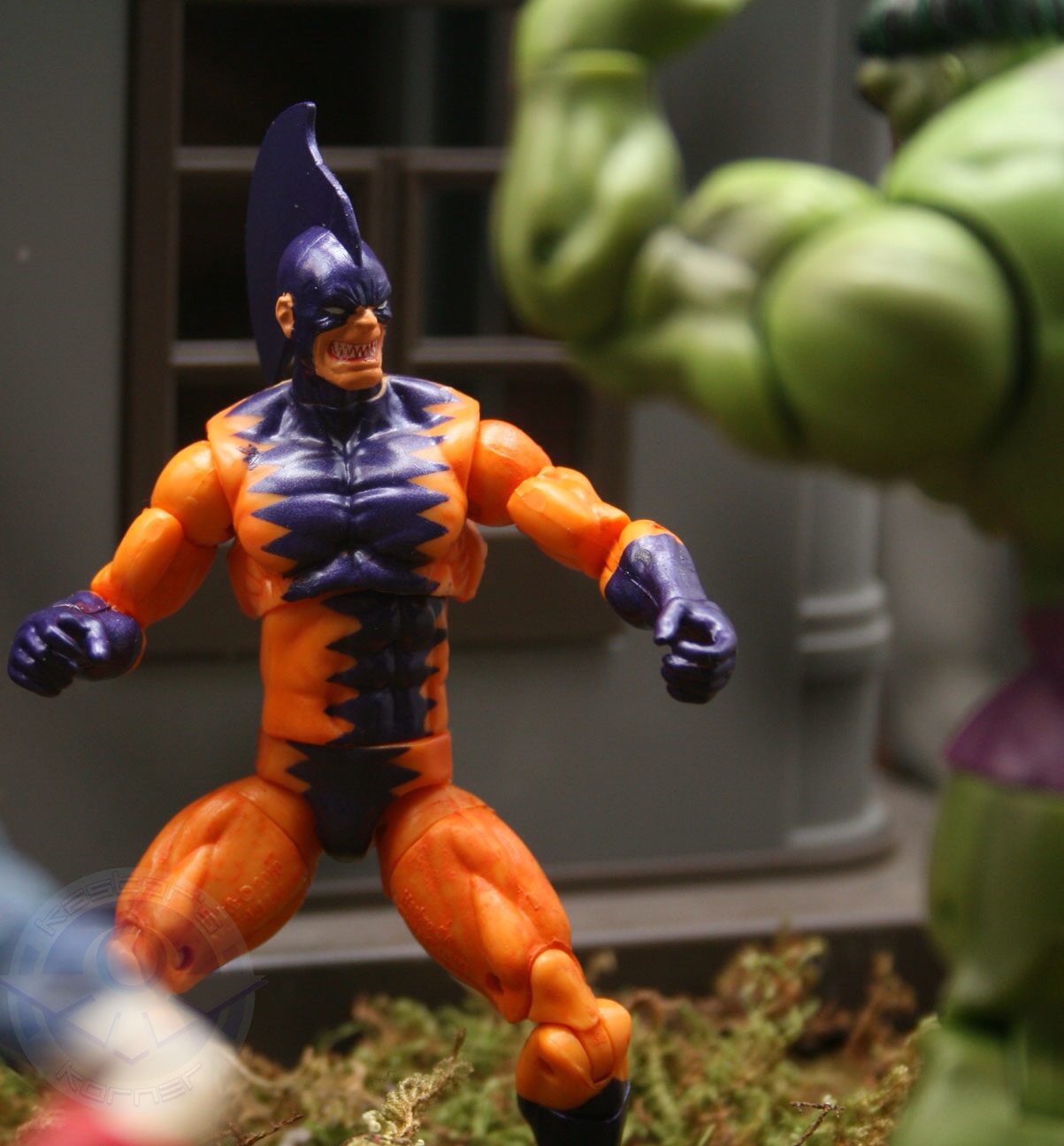 Tiger Shark, the second figure in the set, is also quite impressive. He shares the same body as Cable from a few waves back, but the bright orange and purple colors in his costume make him distinctive. The most impressive feature on this figure is the head sculpt. It is sculpted with big grin showing off his big sharp teeth and a fin. The enormous fin, running from his forehead to the back of his neck, looks like it would hinder movement but because of the neck joint he can look in any direction. 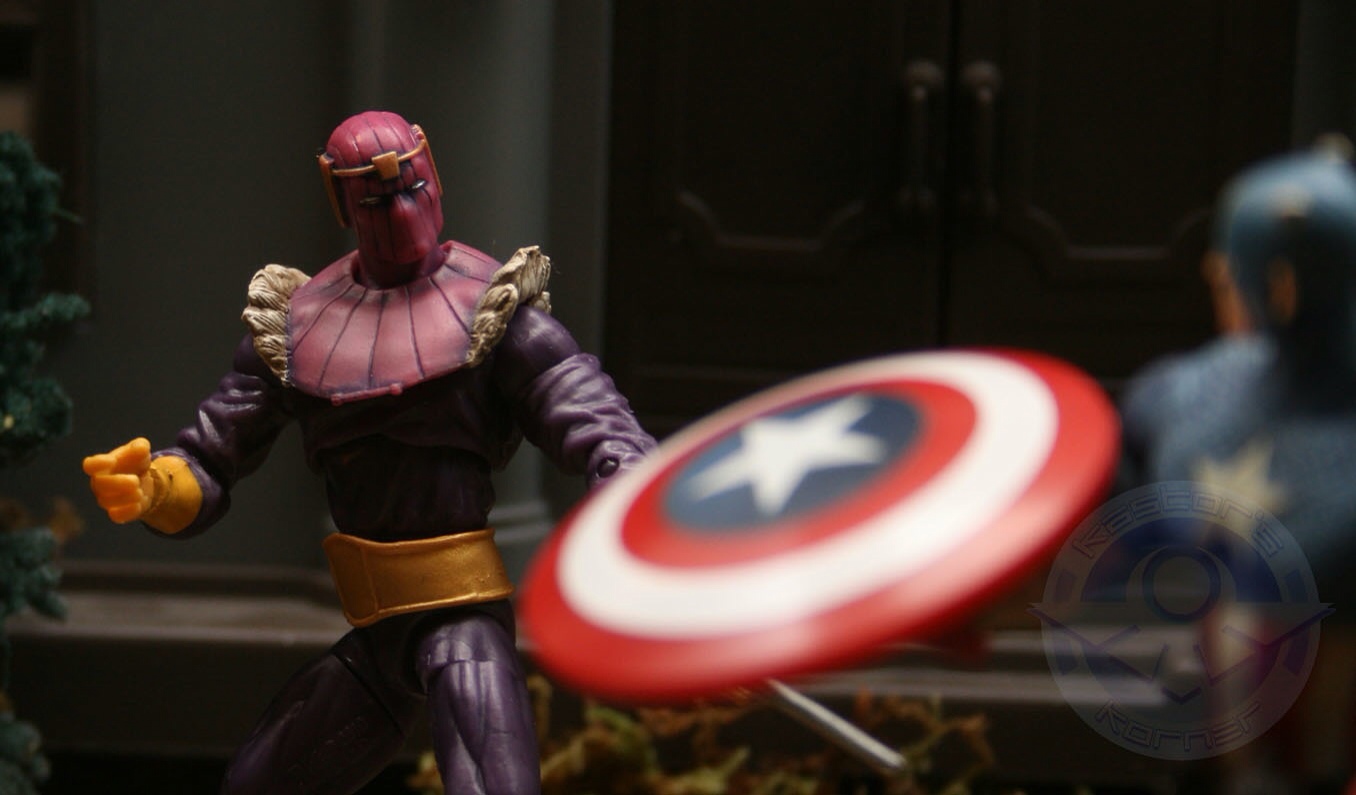 The final figure in this box that is Baron Zemo. One of the most fan requested villains is in his classic look and reuses the Dr. Strange body. While he is aesthetically pleasing the figure does have flaws. First off is the fur around top of his boots, just removing the figure from the package loosened them and they came right off. The other criticism of the figure are his hands. Zemo is unable to hold the gun or sword that are included in the set. The hands are made of a softer plastic, and is impossible to close them around his weapons. It is a balancing act to pose him and his weapons. The overall look of the figure is stunning and a few minor tweaks, glue at the boots and collar and maybe swapping hands, would make this figure perfect. 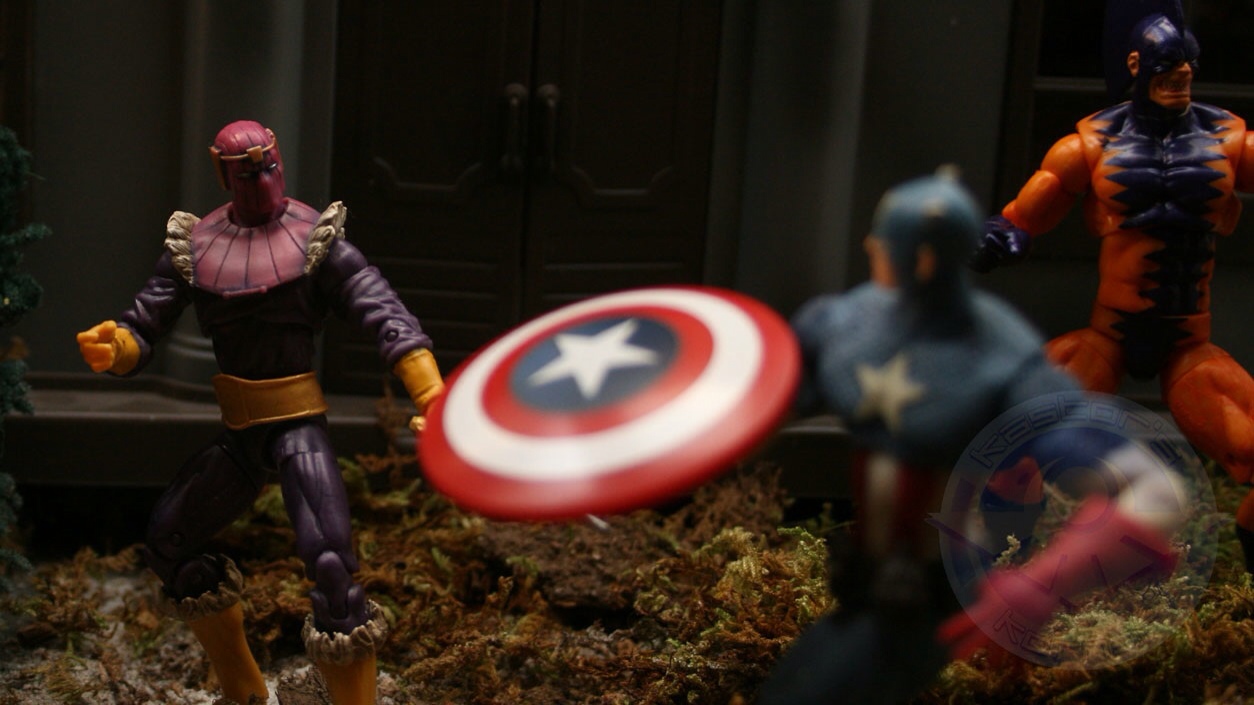 Overall this is a great box set. Even the minor issues with Zemo should not discourage anyone from tracking the set down whether you stand in the long line at the Con or on Hasbro Toy Shop from your home.

Thanks to Hasbro for sending over these samples.