Evil Dead: They Don’t Make Posters Like This Anymore 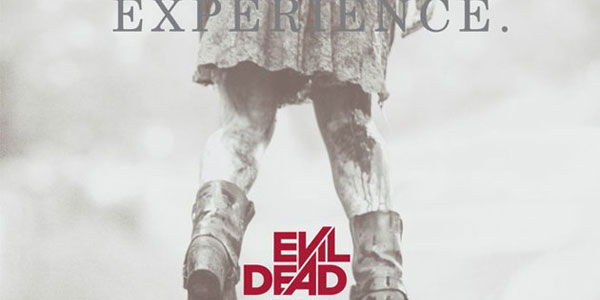 YES, this Evil Dead poster– if I could give you a high five, I would!

There’s a gleeful confidence to everything we’ve been shown so far for the Evil Dead remake.  The trailer that debuted last month caused even the most cynical fans to pay attention, while early converts like me had something to back up the belief that maybe this remake won’t suck.

We’re still over four months away from knowing for sure, but that fun streak of fear-mongering confidence continues to shine through in this awesome new Evil Dead poster.  Hyperbolic claims like the one below are a bit of a lost art in today’s movie marketing… but from the 50’s to the 80’s, plastering such brash (and unsourced) claims on a poster was a big part of the fun of hyping a movie.

This poster feels like a direct throwback to the golden days of cinematic self-aggrandizing.  Sure, it’s not as overt as handing out barf bags or making attendees sign life insurance agreements before a screening (in case they died of fright watching the movie), but it’s very clearly in the same vein.  Whoever has been doing the marketing for Evil Dead has been doing so with a charming streak of showmanship that feels very right for this project (hell, it’s being produced by Sam Raimi and Bruce Campbell– how can hammy marketing NOT feel right?), and it leaves me with that same retro-cool feeling I had watching all those stunt promos from years gone by. 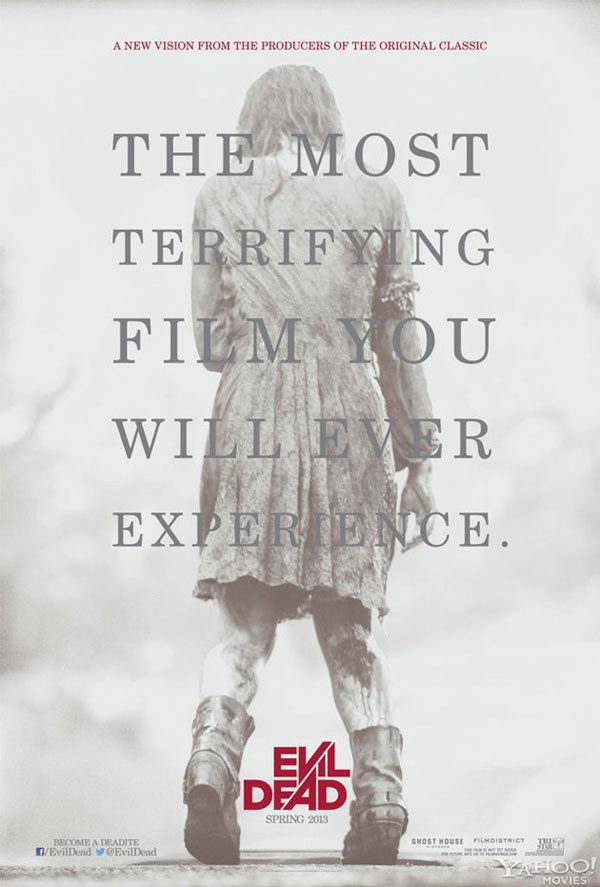