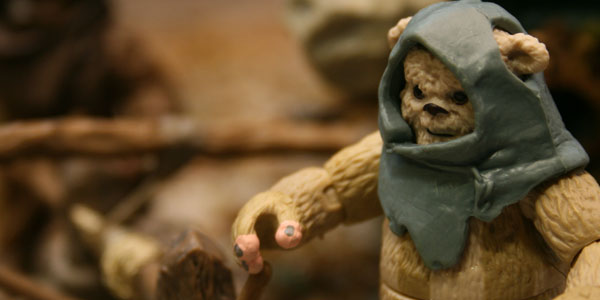 Hasbro continues to build our Ewok villages with a new K-Mart exclusive 2 pack.

The tough and lovable characters from the Return of the Jedi have a new set for collectors to track down for a good bargain. The reuses the same Ewok bodies from the previous sets with new paint details. The Ewoks as a race are very similar so reuse is not a major issue for these figures. 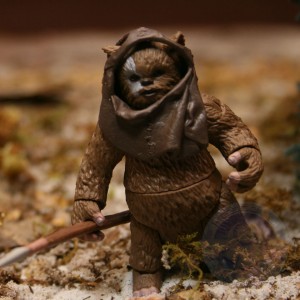 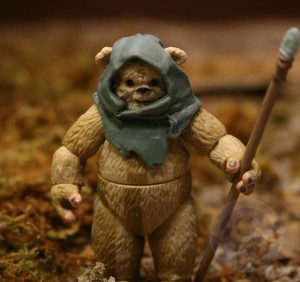 The real gem of the set are the accessories. Each of the little warriors come with spear weapon, and both have different sculpts. Also included in the set is a working catapult.The big weapon comes partially assembled, with a quick clip it is ready to fire. The catapult comes with two soft plastic rocks which attach to the end of the main bar. You can wind it down and let go to watch the rock go hurdling toward the attacking Stormtroopers. 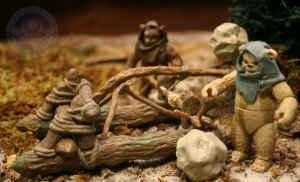 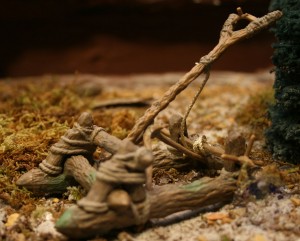 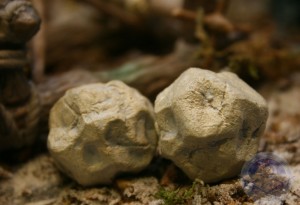 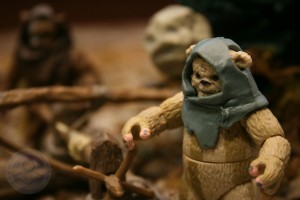 This set may be more difficult this year due to a good deal of K-marts closing, but well worth tracking down in if your a fan of the cute little warriors.